In this edition of Theme Park Bits:

If you’re visiting the Disneyland Resort this week, you might have noticed construction walls up around part of the Hollywood Land section of Disney California Adventure. From what theme-park writer/aficionado Matthew Gottula has noted from an internal magazine, this doesn’t mean anything’s going away. Instead, there may be a redesign to the Award Wieners hot-dog restaurant in its near future. (See, it’s a play on the phrase “award winners”, except it sounds like “wieners”. You get it.)

This will be accompanied by an update to the Sunset Showcase Theater, which now houses Mickey’s PhilharMagic, with a new LED marquee meant to reference theater marquees of the 1930s. That update would be an intriguing revision to Hollywood Land, which has hovered between being excellently themed and somewhat poorly defined in the last few years. Here’s hoping the changes are for the better.

In case you didn’t know, there’s a brand-new section of theme-park at Disneyland, titled Star Wars: Galaxy’s Edge. The new area is not technically complete — one of two attractions remains under construction — but even now, much of its theming is impressive down to the level of detail of the cast members themselves. As this article explores, a lot of the charm of the new area is interactive, such as the author’s encounters with Vi Moradi, an ostensible protagonist of the new land based on a character from a recent in-universe Star Wars novel. The interactivity of Galaxy’s Edge is approaching Westworld-level similarities, but it’s pretty impressive to see how cast members have to really immerse themselves into a part. It’s the Method school of acting come to life. 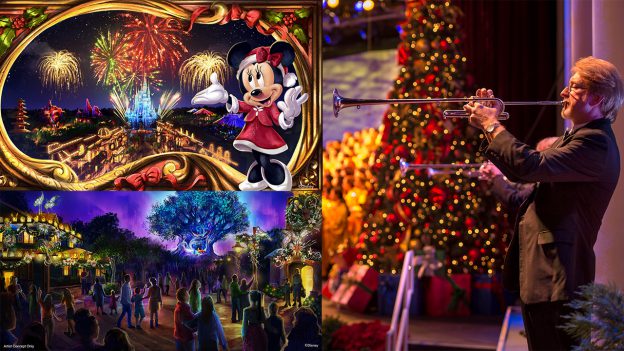 For the rest of the column today, let’s think about a cooler time of year. Yes, it’s early June, but what if you could transport your mind to the holidays? That’s what Walt Disney World is already doing, having announced some of its holiday plans earlier this week. Each of the four theme parks of the Walt Disney World Resort will have some special theming, from new and updated shows (about which more below) to holiday kitchens at Epcot where you can try out tasty holiday treats from the different countries of World Showcase, and even more. I can only say how charming the holidays are at Disneyland — I’ve never seen Orlando at that time of year, but posts like this one make me awfully envious of anyone who gets to do so.

And speaking of holiday plans at Walt Disney World, one of the perennial favorites — enough so that it’s been brought over to Disneyland as well — is the Candlelight Processional. There’s plenty more details to emerge over the next few months, but for now, we have confirmation of a few of the Candlelight narrators coming this December. Depending on which weekend you may attend the event at the Epcot International Festival of the Holidays, you could see anyone from Whoopi Goldberg to Pat Sajak to Edward James Olmos. (Admiral Adama on Christmas Day sounds appealing, no matter your religious background.) Booking doesn’t start until early July, but you might want to prepare yourself with those narrators already scheduled. 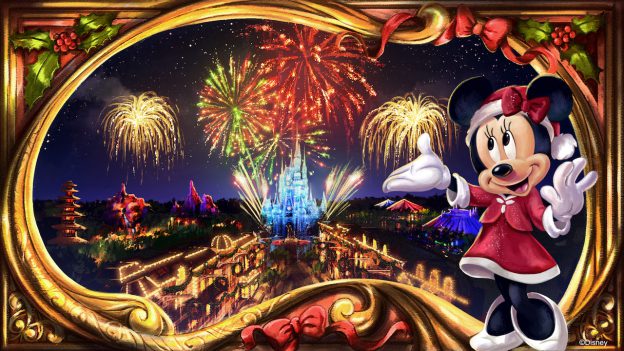 Last but not least, let’s head to the Magic Kingdom for their holiday celebration. This year, they’re introducing a brand-new fireworks show as part of the Mickey’s Very Merry Christmas Party hard-ticket event. (For the uninitiated, that means you’ll have to pay extra to get into the big soiree.) Though the party is named after Mickey, that’s not the case with the fireworks show, called Minnie’s Wonderful Christmastime Fireworks. (No points if you can guess who it’s named for.) Tickets for the big party, which has dates in both November and December, are already on sale, so if you haven’t bought yours yet, the appeal of a new fireworks show with medleys of holiday songs might be enough to get you to pull out your wallet and spend.