Out of all Avengers in MCU movies, a few favorites received short shrift by the screenwriters, Christopher Markus and Stephen McFeely, usually because there was so much other story to tell. One favorite somewhat sent to the background was War Machine, or James Rhodes.

Played by Don Cheadle, you can at least say Marvel managed to land another prestigious actor for a likely hefty payday.

While Cheadle had a few good scenes as War Machine, recent reports now say he was going to have a much larger role in some early drafts for Endgame.

Not that he might not have a bigger role later in the Disney+ streaming universe. What that means exactly is a bit up in the air, yet in the other alt-reality of Endgame, he would have been the center of attention. 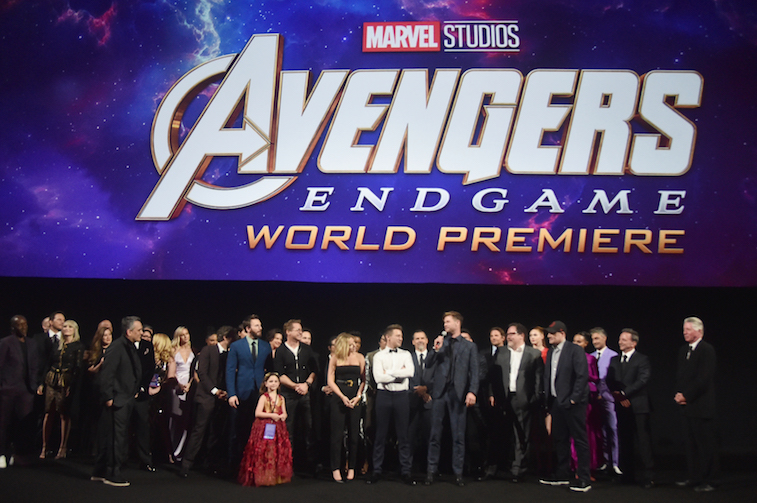 We’re used to seeing Don Cheadle in top-caliber films, or at least at one time. Just like Robert Downey, Jr., he was an Oscar contender who was cajoled over to Marvel with a bigger paycheck. Not that we’ll necessarily join Martin Scorsese’s opinion and say Marvel was necessarily a step down.

By the time Endgame arrived, we’ve seen how Marvel can be top of the rung when it comes to cinematic experiences. For Don Cheadle, though, one has to argue he wasn’t utilized nearly enough from what we normally expect of his acting talents. The screenwriters of Endgame didn’t necessarily want it this way.

Markus and McFeely have been doing a lot of reveals lately about things they originally planned for Marvel, but rebuffed. Some of those ideas were denied for good reason, mostly because they had some gross-out sequences Disney would never place in a PG-13 movie.

Then you have their idea to make Cheadle’s War Machine Vice President in Endgame, something that would have given the actor a lot more involvement and shifting the characterizations into a more intriguing light.

Some Marvel fans on Reddit think so anyway. Many of these fans think a VP Rhodes would have been ideal, essentially giving him as much power as his close friend, Tony Stark.

This doesn’t mean we might not still see more of War Machine, namely on Disney+ down the line. We have a feeling the idea slate for shows related to neglected Avengers is a long one.

What would a War Machine series look like, and would it touch on the idea of him being VP? Having a superhero within the confines of American government would be more than a little interesting territory to explore.

Cheadle should have a new acting showcase

If you can argue that maybe Marvel took Cheadle away from the Oscar-caliber fare we’ve known him for going back years, he’s also not having lead movie roles like he used to have.

Being in the Avengers movies meant having to take a backseat to the main stars who received most of the screen time. While he’s been doing some great dramatic and comedic work for HBO and Showtime (currently on satiric Black Monday), he’s stuck completely with Marvel for projects on the big-screen over last four years.

With streaming being the likely future of everything, Cheadle doing a War Machine series would perhaps be a hit. If nothing else, fans would want to see Rhodes as VP in the upcoming animated Disney+ series What If…?, which looks at alt-reality scenarios in the Marvel universe.

Everyone’s biggest question would be: Would Rhodes abuse his power if he became VP? That’s a question that will always be relevant and close in parallel to our current reality.