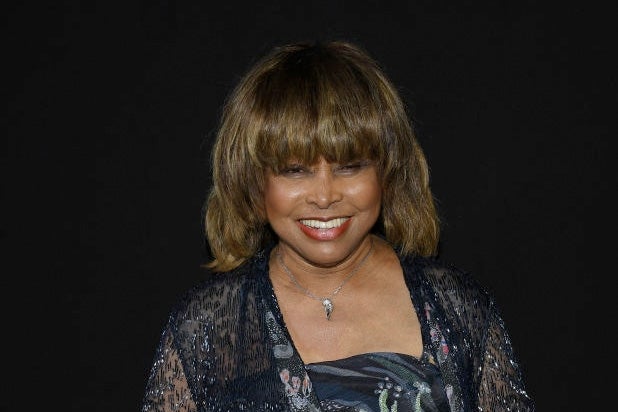 Pop-rock hitmaker Tina Turner‘s personal life and musical career have remained largely private since she announced her retirement, but HBO’s new documentary film “Tina” gives fans a closer look behind the curtain at her career and life over the last two decades.

After a prolific and turbulent career that led to her being dubbed the “Queen of Rock ‘N Roll,” Turner ended up leaving the United States entirely. Here’s where the 81-year-old legend is now, and what HBO’s film revealed about Turner’s life outside the limelight.

Worth noting: Turner is now a candidate for the Rock ‘N Roll Hall of Fame after being nominated this February.

Retirement from music
Tina Turner announced her retirement from music in 2000, in front of a live crowd of over 75,000 people at Letzigrund Stadium in Zurich, Switzerland. At the time, she said she felt she’d “done enough.” Her last tour before retiring, the Twenty Four Seven World Tour, spanned 95 shows and was the highest-grossing concert in 2000.

“I’ve been performing for 44 years. I really should hang up my dancing shoes,” Turner said at the time. Since 2000, she has occasionally released music — but no new songs. In Feb. 2014, Turner released “Love Songs,” an album of remastered hits and slow jams from throughout her career. Last year, Turner worked on a remix of her hit song “What’s Love Got to Do With It,” with electronic D.J. Kygo.

Swiss citizenship
Though she was born in Brownsville, Tenn., Turner hasn’t lived in the United States since 1994. She moved to Zurich, Switzerland that year and hasn’t resided in the U.S. since. In November 2013, Turner formally relinquished her U.S. citizenship and is now a full-time citizen of Switzerland (she speaks fluent German as well as English).

Turner took the oath of Swiss nationality April 10, 2013. At the time Turner said she had no ties to the U.S. “except for family, and has no plans to reside in the United States in the future.” She lives in a lake home called Chateau Algonquin in Kusnacht, which she bought in 1994, and also owns property in London, the French Riviera and Cologne, Germany.

Why exactly did Turner leave the country? The answer lies partly in her desire to escape the U.S.’ constant flurry of tabloid press and its obsession with her ties to former (and abusive) husband Ike Turner. The other reason Turner left was much simpler — for love — see below.

Erwin Bach
Turner began dating German music executive Erwin Bach (unclear if he’s related to the famous composer, Johann Sebastian Bach) in 1986. Bach was sent by her European label, EMI, to meet her at the airport and the two hit it off romantically despite Bach being 16 years Turner’s junior. The two started dating in 1986, and Turner purchased a property in Switzerland (and soon moved there) shortly after.

After 27 years of marriage, Turner and Bach married on Lake Zurich in Kusnacht in July 2013. In her book “Happiness Becomes You: A Guide to Changing Your Life for Good,” Turner called Bach “a force of nature in his own right.” She added Bach has “never been the least bit intimidated by my career, my talents, or my fame. He shows me that true love doesn’t require the dimming of my light so that he can shine. On the contrary, we are the light of each other’s lives, and we want to shine as bright as we can, together.”

Health concerns
HBO’s “Tina” shies away from dwelling on Turner’s health concerns, including a stroke that happened just months after her 2013 wedding to Bach that forced her to re-learn how to walk. Shortly after the stroke, Turner Turner was told by doctors her kidneys were working at only 35% capacity because of high blood pressure.

Instead of seeking medical treatment, Turner first tried homeopathy — healing via natural remedies — but the endeavor almost killed her. She eventually had to have part of her intestines removed after an early-stage intestinal cancer diagnosis in 2016. By that time, Turner’s kidneys were dangerously close to not functioning, and her husband Bach actually donated his own kidney to save her life, and she had transplant surgery in 2017.

“I was overwhelmed by the enormity of his offer,” Turner said. “(Bach) said he didn’t want another woman, or another life; we were happy and he’d do anything to keep us together.”

Prior to Bach donating his kidney, Turner said she was in so much pain she signed up for an assisted suicide program (voluntary euthanasia is legal in Switzerland) called Exit, “just in case.”

Turner was also diagnosed with Post-Traumatic Stress Disorder, a result of her lengthy abusive relationship with Ike Turner.

Practice of Buddhism
Turner was raised in the Baptist church but converted to Buddhism later in life. In 2016, Turner said she considers herself a Buddhist or “Buddhist-Baptist,” and began practicing Nichiren Buddhism in 1973.

Turner found Buddhism while in the throes of Ike Turner’s abuse — and she said that she sometimes chanted Buddhist meditations for four hours per day to calm her mind or keep Ike at bay. In her autobiography “I, Tina,” she wrote that after she began studying Buddhism, Ike would stop reacting violently during recording sessions and instead gave her money to take shopping, which she believed was a reaction “to the benefit of her newfound spiritual practice.”

She said one chant, “Namu Myōhō Renge Kyō,” reminded her of singing. “In the Soka Gakkai tradition, we are taught how to sing it. It is a sound and a rhythm and it touches a place inside you. That place we try to reach is the subconscious mind. I believe that is the highest place,” Turner said.

Turner has worked with Tibetan Buddhists and met with the 14th Dalai Lama, Tenzin Gyatso in Einsiedeln, Switzerland in 2005. She now works with a spiritual music project called Beyond.