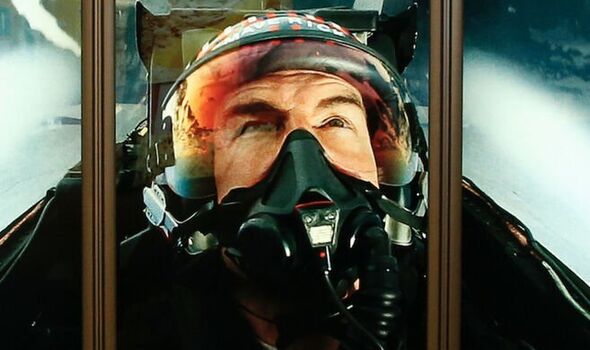 Top Gun: Maverick outflies the original by swerving the danger zones of the usual nostalgia-soaked sequel. The dialogue is sharper, the plot is more gripping, and the vastly improved aerial stunts really do take your breath away. When we catch up with Cruise’s Pete “Maverick” Mitchell, he’s working as a US Navy test pilot and holds the lowly rank of Captain.

Nobody can work out why he isn’t an Admiral by now but the clue is in the name. Maverick’s refusal to play by the rules hasn’t gone down well with the top brass.

But the now-Admiral Iceman (Val Kilmer) offers him a shot at redemption.

Maverick is ordered to the academy to prepare 12 young flyers for a hugely risky Dam Busters-style raid. The classes get off to a choppy start when Mav learns one of his pupils is Bradley “Rooster” Bradshaw (Miles Teller), son of Goose from the first Top Gun film.

He’s inherited his dad’s 80s’ ‘tache and bears a grudge over an old spat.

Our rule-breaking hero also has to make amends with an old flame ( Jennifer Connelly) who is now running the Top Gun bar.

The human drama entertains but the film really soars when it takes to the skies. The training sequences are shot in real planes (that really is Cruise in the cockpit) and the tension builds beautifully to the day of the mission.

Maverick is given clear instructions. He’s just the teacher and definitely won’t be going on the mission himself. Is that OK with him?

Again, the clue is in the name.