Cannes 2021: Director Gaspar Noe usually tries to shock his audience, but this time he settles into an entirely different but also gripping register 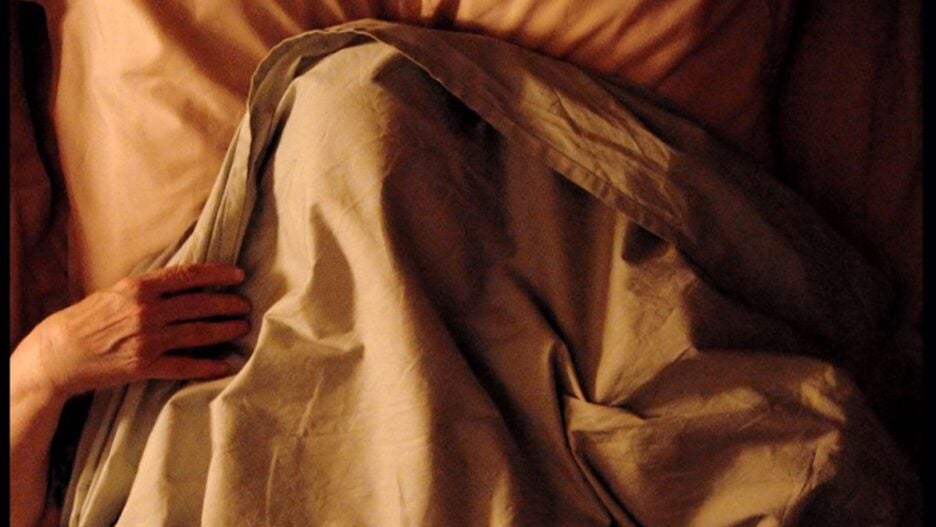 As usual, Gaspar Noe kept us waiting. The director’s latest film, Vortex, was the last film to arrive in the projection rooms and the last to play in any of the official sections (the newly-created Cannes Premiere sidebar), the final gasp of a film festival that made it over the finish line wheezing and exhausted but triumphant.

It also started 50 minutes late, after Bill Murray refused to leave the stage from the preceding musical event screening. So it was nearly midnight when Cannes boss Thierry Fremaux announced there had only been 70 positive COVID tests throughout the festival – meaning movie theaters are, after all, safe spaces – and then introduced the attending celebrities, who included Tilda Swinton and Asia Argento as well the unlikely stars of Vortex, Italian horror director Dario Argento and nouvelle vague legend Francoise LeBrun. And, of course, Noe himself.

With “Vortex,” the controversial Argentinian who usually focuses his Cannes premieres on sex, rape, youth, drugs, dance and violence in works from “Irreversible” and “Enter the Void” to “Climax” and “Love,” shocks us again by settling into an entirely different register, that of aging and mortality, though the results are no less gripping.

Practically a two-hander, shot in split-screen in a cluttered Paris apartment with very mobile cameras trained on each of the characters, the film follows a long-married couple in their 80s as they putter about their daily routines. 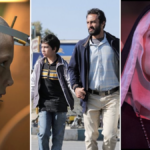 The characters are nameless, except when their son, Stephane (Alex Lutz), pops in and calls them Papa and Maman. Argento is a film writer, currently obsessed with a book on cinema and dreams which he’s calling “Psyche” and is bashing out in furious two-finger typing on an old machine, in his mess of a study that’s piled high with books and bits of paper and old film posters on the wall. We spend as much of the time looking at these and spotting film references as we do watching the characters.

Lebrun, meanwhile, wanders the place looking for whatever it is she’s forgotten, slowly slipping into a near-silent dementia, clearly feeling terribly lost and alone in her own flat. Early on, she slips out to the shops and wanders the packed aisles of a labyrinthine hardware store and a little grocery shop, not knowing what she’s come in for, or even where she is. It is heartbreaking to watch her, especially when we recall her youthful, epoch-defining work in Jean Eustache’s “The Mother and the Whore” from 1973. In many ways, Lebrun is more naked now than she was in the bed-hopping threesome classic.

Because of the split screen, you don’t quite know where to look, especially as you don’t really want to take your eyes off any of it. Not that much happens in narrative terms, but there’s a whole world in Leburn’s head and, given that we’re not used to seeing Argento as a performer, his every Italian-accented French word comes as a struggle and a weapon.

One is naturally reminded of Michael Haneke’s 2012 Palme d’Or winner “Amour,” which also featured new wave icons in Jean-Louis Trintignant and Emmanuelle Riva. Naturally, there are also shades of recent Oscar winner “The Father,” too. Like those films, Noe sows scenes of love amid moments of escalating cruelty – there’s a particularly brilliant sequence of Argento and Lebrun at the family table, discussing the situation with their son Stephane about what to do with the deteriorating Maman.

All the while, a little boy called Kiki, their grandson, plays loudly with toy cars smashing into each other, obvious yet menacing symbols of the internalized violence he’s witness to. The scene ebbs and flows with anger, resentment and confusion – with dread, even, Lebrun sobbing in her bewilderment and inability to communicate, until Argento reaches his hand across the split-screen divide to touch his wife’s arm. It’s a moment of such connection and tenderness you can feel the heartbeat of the whole cinema slow down.

The story can only be heading one direction, so ultimately the violence of Noe’s work resurfaces here, the cameras and the inevitable stalking our characters like the Grim Reaper, hunting them down as mercilessly as, say, Monica Bellucci was chased in that subway tunnel in “Irreversible.” It also looks at the tyranny of marriage and the thousand cuts long relationships can dish out over the years, even while love remains.

With its uncommonly human touch and restless, unflinching visual aesthetic, “Vortex” might well be Noe’s finest and most thoughtful work. Its intense claustrophobia and long running time of 142 minutes is both an obstacle and an admirable feat of endurance for audiences and actors alike. You think of your own family, parents, relatives and of your own fate which surely can’t be that far off.

It’s a film Noe dedicates to “all those whose brains will crumble before their hearts”. There’s a peculiar resonance to that as the most film-packed Cannes in years draws to a close, a dedication aimed at each and every one of us.