Our critics examine the highs, the lows and the oddities of the online versions of events in Toronto and New York. 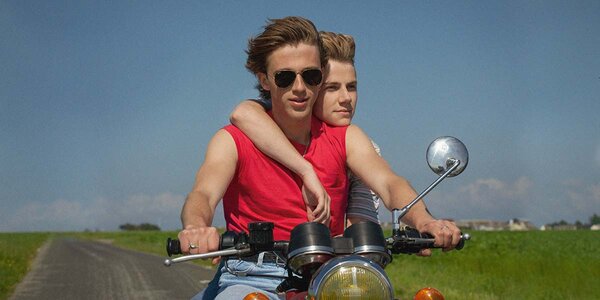 By Manohla Dargis and A.O. Scott

MANOHLA DARGIS If this were a normal year (I hate typing those words), you would have already filed your critic’s notebook on the Telluride Film Festival, I would have filed mine on Toronto, and we’d be starting our coverage of New York. We would have seen dozens of movies, caught up with festival friends and have had a considered grasp on the rest of the film year — its aesthetic highlights, awards-hungry atrocities and our top 10 (20!) candidates.

Instead, we have streamed and paused and shut off a whole lot of movies in our homes. I’m very grateful to see so much new work. But no matter how organizers frame this year’s events, and however enthusiastically they roll out their virtual red carpets, none of this remotely approaches the experiences of an in-person festival like Toronto — which I greatly missed attending. You? 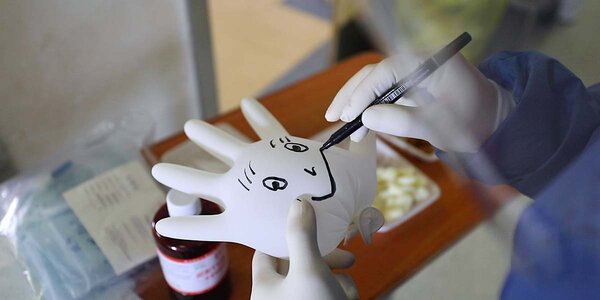 A.O. SCOTT In principle, yes, but the idea of taking an airplane to a faraway place and spending 12 hours a day in overcrowded screening rooms, news conferences and parties fills me with dread. In some ways it always did. Seeing four or five movies a day, juggling deadlines and managing expectations, trying to take note of the buzz and tune it out at the same time — festivals are not necessarily ideal settings for the discerning appreciation of cinema.

Maybe that isn’t their primary function these days. Telluride (which was canceled this year), Toronto, Venice and New York play an important role in setting up the fall and holiday movie seasons, and of course (alas) the Oscars race. Even when our coverage is pushing against that hype, we can’t help but be aware of it; it’s why the stars show up for gala screenings and Q. and A. sessions, and why The New York Times pays our airfare.

The pandemic has upended that rationale. The sense of anticipation and discovery — of encountering movies at the start of their progress through the world — is missing this year. And to be honest I’m not sure what being “at” a festival means in these conditions.

DARGIS It means grumbling in solitary despair rather than in hostile solidarity, something I long for. More than anything it is the communal experience — other people — that makes a film festival, maybe even more than the selections. I mean, you do need movies even if some festivals show TV. That’s fine, sure, whatever. But I love the rituals, spaces and excited throngs at festivals. I miss my congregation and vibrating alongside people who, at Toronto, I could have shared my contempt for Michel Franco’s nitwit provocation “New Order” and my fondness for Matthew Heineman’s documentary “The Boy From Medellín,” on the reggaeton star J Balvin.

Even the suboptimal visual quality of streaming can’t keep a good movie down, it turns out, even when the poor images produce something like VHS PTSD. One of the best I saw via Toronto is “76 Days,” a tough, very good Chinese documentary about the first months of the pandemic in Wuhan. (It was directed by Hao Wu, Weixi Chen and anonymous collaborators.) It felt eerie watching the movie in Los Angeles at home by myself, partly because it’s about something that has forced me into near-lockdown over the past six months. It also made me cry, especially when ambulances were blaring onscreen — I kept wanting to call you in New York because it reminded me of how I’d hear sirens whenever we talked on the phone in April.

SCOTT I hesitated to stream that film for just that reason. Too soon. Too raw. I sought out safer ground, like “Another Round,” Thomas Vinterberg’s knowing comedy about drinking, and “Summer of 85,” François Ozon’s sexy, nostalgic and very French love story. But your description of “76 Days” makes me realize that one of the standard contradictions of festival-going has been turned upside down.

We’ve often noted — and written about — the frequent disjunction between the sleek, luxurious places where the festivals happen and the misery depicted onscreen. One of the important functions of the type of film that thrives at festivals — documentary or fictional — is to bring news of the world’s problems into an exclusive, corporate-funded cultural space. You watch stories of poverty, violence, displacement and injustice, then emerge into the faded glamour of the Lido in Venice, the off-season ski condos of Telluride, the friendly Canadian affluence of Toronto.

But now the contrast is less extreme, and for many online festivalgoers, the crisis — the pandemic, the fires, the mayhem, the poisonous politics — is very close to home. That makes the solitude, the absence of community, all the more acute. And I can’t decide if under these circumstances the festivals are a form of escapism or a way of holding onto the possibility of connection. Or both.

DARGIS But there’s no “going” for virtual festivalgoers, except into the living room — and no fest, really — just like there still isn’t moviegoing for those who live where cinemas remain closed. These virtual events are just reminders of the specific coordinates of the theatrical experience. But while cinemas marshal our gaze — from special seats in dark rooms, surrounded by strangers — the movies are largely what keep us there. They give us art, yes, as well as a privileged timeout from everyday life and its pressures, messy rooms, endless chores and even the beloved you can’t shush because, well, he’s cooking dinner for you both, you ingrate.

And, me, well, I am 20 feet away with a couple of Trader Joe’s bags taped over a super-bright window and trying and failing to focus on a movie. So I’m particularly interested in those festival movies I streamed that wholly captured my attention, like Lili Horvat’s “Preparations to Be Together for an Unknown Period of Time,” another Toronto selection. I was taken by its mystery: An expat surgeon returns to Bucharest for a romantic assignation with a man who insists they’ve never met. Yet what held me was the slippery way that Horvat teases out this enigma and how she creates a sense of unease with pacing, empty rooms, strange looks and close-ups of the heroine’s spooky blue eyes.

SCOTT My festival screenings have been continually interrupted by the birds that chirp and flutter around my windows. Surely that black-capped chickadee has as much right to my attention as this documentary. (It’s “Notturno,” Gianfranco Rosi’s devastating and surprisingly delicate film about war and survival in the Middle East, which is very much worth seeking out.)

As film critics, we insist on the distinctions between big screen and small, between the communal space of the theater and the distraction-filled privacy of home. But now it seems as if the only operative distinction is between onscreen and off, the screen being where we work, socialize, shop, play and spiral into rabbit holes of anxiety and rage.

It’s not easy to make room for cinema in the midst of that, to preserve a sense of the specialness of the art form and the cultural experience it represents. Movies feel very fragile right now, and the festivals underline that vulnerability even as they try to resist it. I’m impressed that the New York and Toronto festivals went forward this year, and gathered up as many good films as they did, and I hope that some version of the old normal can return.