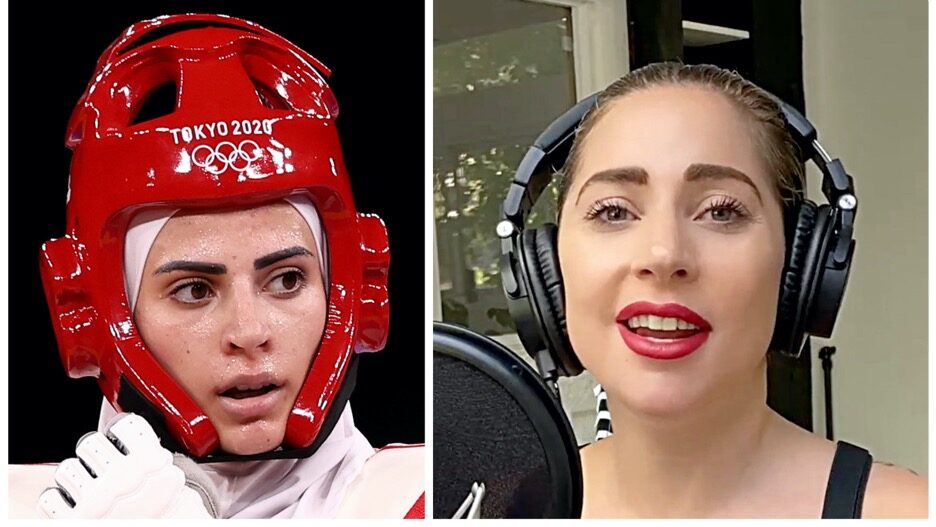 Julyana Al-Sadeq, a taekwondo competitor representing Jordan, is going viral, as many social media users are noticing her striking resemblance to the “Bad Romance” singer.

The athlete competed against Brazil representative Milena Titoneli in the Taekwondo Women’s Welterweight event Monday and though she ultimately lost, pictures of the athlete went around on social media. In fact, a tweet by fan account Gaga Daily – which has over half a million followers – shared a photo of Al-Sadeq midfight, captioning it “Why is Lady Gaga at the Olympics.” The tweet now has over 24,000 likes.

Another Twitter user tweeted “There can be a hundred people at the olympics and one of them is Lady Gaga competing for a taekwondo medal,” hilariously playing on Gaga’s comment about Bradley Cooper believing in her for “A Star is Born.”

Similarly, another fan said, “this is Lady Gaga at the Tokyo Olympics and no one can convince me otherwise,” posting the same photo of Al-Sadeq.

Check out more fan reactions below:

But though she is indeed not Lady Gaga, Al-Sadeq is still an extremely accomplished athlete, as she won a gold medal for taekwondo at the 2018 Asian Games and also represented Jordan in the World Taekwondo Grand Pix in 2018 and 2019.