Even though Star Wars began with three movies, made between 1977 and 1983, it’s grown into a massive franchise. But after Return of the Jedi, it initially seemed like George Lucas wasn’t going to make more. As Disney Gallery: The Mandalorian showed in its second episode, Lucas would always shrug when asked about more, not very committed to the concept. However, Lucasfilm President Kathleen Kennedy shared what spurred Lucas into creating the prequels, leading to the many films and series fans have today. 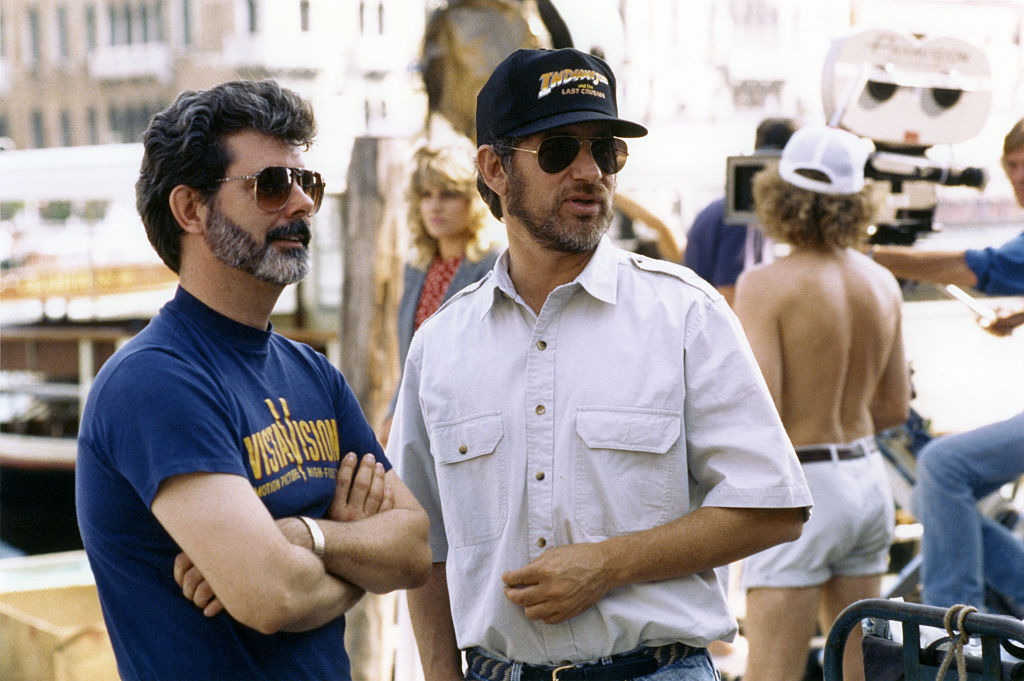 In the second episode of the docuseries on Disney+, titled “Legacy,” Lucas was a major topic of conversation. Even though he sold Lucasfilm to Disney in 2012, he is still the creator, and without him, none of this would exist. It’s only appropriate that there’s an episode on his “legacy.” The topic came up of how Lucas decided to make more Star Wars after he seemingly finished in 1983.

“I was around with the movies that were in between [Star Wars trilogies], which is the Indiana Jones movies,” Kennedy said. This was during a roundtable discussion with those that have worked on the franchise, including Jon Favreau and Dave Filoni. “I don’t think he ever stopped thinking about whether he would do more Star Wars, and I think what happened during Indy was that he was not on the floor directing. He was not necessarily in it because it was primarily Steven [Spielberg].”

Kennedy and Lucas go way back, and she initially was Steven Spielberg’s assistant. He enjoyed her production ideas, and she eventually became a producer on Indiana Jones and the Temple of Doom with Lucas. But seeing Spielberg directing made got Lucas want to get back in that seat. He worked on the two Indiana Jones movies before going back to Star Wars for 1999’s The Phantom Menace.

New technologies in filmmaking intrigued Lucas as well; he was always pushing those boundaries

In addition to wanting to get back to directing, Lucas was intrigued by all the new technology Indiana Jones was using. Not only with those movies, but Lucas’s visual effects company ILM (Industrial Light & Magic) also worked on major movies such as Jurassic Park, which was yet another technological breakthrough in the film industry.

“With anybody like George, and anyone who’s a filmmaker, they get antsy after a while at not being able to be on that floor telling stories, making movies, and his love of pushing the technology,” Kennedy said. “Obviously, we were doing a certain amount of that with each of the Indiana Jones movies, but it wasn’t like Star Wars, and I think that each time we would push the technology, in making those movies, he got the bug to start thinking about what that might mean for Star Wars.”

Between hyperdrive, space combat, and all the new possibilities for lightsaber duels, Star Wars is a very different visual effect challenge. One that Lucas wanted to get back to. Kennedy also brought up just how much at the forefront of visual effects Lucas was. She stated that when she started with Lucasfilm, he had “over 126 patents,” new tech that Lucas created.

The creators then went around the table and listed off things Lucas was the first to do. He had the first CG character, edit droid, and motion control for the miniatures used on Star Wars. Also, Jurassic Park was a “seat change for visual effects.” Lucas created Star Wars along with the technology that a lot of your favorite movies use today.

Interestingly, ‘Episode I: The Phantom Menace’ had the most miniatures out of all ‘Star Wars’ films

Going back to the miniature point, The Phantom Menace had the most practical miniatures out of all of Star Wars. A lot of what you see in that movie isn’t CGI. As shown in the docuseries, miniatures make up the podracing set with the crowds on Tatooine. As Insider points out, the heads in the crowd were actually colored q-tips.

As the outlet also notes, the use of miniatures in Star Wars didn’t end with Episode I. Revenge of the Sith had the most expensive miniatures in all of the franchise, up until that point. The duels and other effects are far more advanced than anything in the original trilogy, but practical effects like miniatures are still the backbone of the franchise. At least in the prequels, for sure.