ABBA perform Waterloo at Eurovision after win in 1974

ABBA released Waterloo on March 4, 1974, months before the Eurovision Song Contest took place in Brighton on April 6. But the song was written specifically for the competition the previous December, with band members and songwriters Benny Andersson and Björn Ulvaeus convinced it was the key to international success. They were, of course, correct, although the home judges were completely out of step with the UK’s future love affair with the Swedish supergroup. Which is strange, considering the song’s lyrics are all about a very famous British victory. SCROLL DOWN TO WATCH ABBA WIN THE 1974 EUROVISION SONG CONTEST

Benny and Björn were determined to crack Eurovision. They had submitted the song Ring Ring the previous year but had finished third in the Swedish Eurovision selection process.

It went on to be a Top 5 hit across Europe and a minor one in the UK, reaching Number 32.

The band was always focussed on what would appeal to international markets, hence the infamous glam rock outfits. The song’s original title was actually Honey Pie before the lyrics were transformed into an epic love story referencing a famous 19th Century battle. As you do. 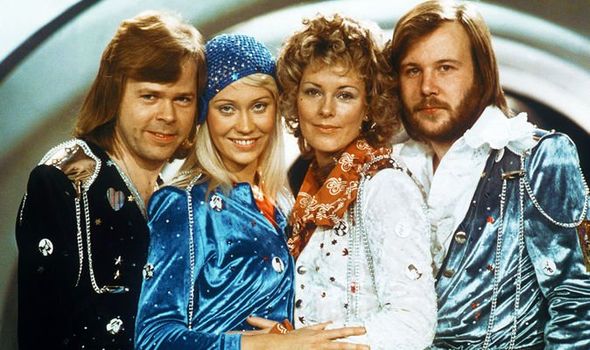 The song Waterloo is a metaphor for a woman’s surrender to a man – and not just any man but one she has been trying to resist.

The lyrics repeat the theme with lines like; “I tried to hold you back, but you were stronger…And now it seems my only chance is giving up the fight.”

Incredibly, in recent years there has been a major objection to the name of the original battle, which would change the way history is taught and could also have changed the fate of ABBA and 1970s pop music.

The Battle of Waterloo is actually so named because Wellington wrote his account of his victory from his camp at Waterloo. Napoleon never went near the Belgian town. Instead, he was actually defeated three miles away near the villages of Braine-l’Alleud and Plancenoit along the Mont Saint Jean Ridge.

Since then, the popular phrase means that anyone who meets their ‘Waterloo’ suffers a major, life-altering defeat. Replacing that with the two other villages doesn’t have quite the same ring, nor would it scan neatly into a pop song!

So, why would a UK jury not reward a fantastically catchy song that also celebrates one of the greatest British victories in military history?

Bjorn was reminded of the British ‘nul points’ recently and said: “All these years and I thought the Brits were our best friends.”

The 1974 Eurovision was the last to use a bizarre voting system whereby each country had a panel of ten people, each of whom could award one single point to their favourite song of the night and no others.

A country’s vote was the total number of single votes from its panel, not the more logical one to twelve that we use today. So, for example, in 1974, the UK gave one point to Finland, Greece, Ireland, Switzerland and Belgium, plus 2 to Germany and three to Italy.

Nobody gave anything to ABBA, and the overwhelming favourite of the UK jury was actually rather bewilderingly Yugoslavia.

Four members of the UK jury awarded their points to Korni Grupa and their song Generacija 42, which was sung entirely in Serbo croat and came sixth that night with 12 points. ABBA won the night with 24 points.

Another future superstar appeared that night when Olivia Newton-John performed Long Live Love for the UK, which came joint fourth with 14 points.

As for Waterloo, it went on to become a worldwide smash, topping teh UK and German charts and making the Top 10 in Australia and the US.

Although it sold an impressive 6 million copies, it is not ABBA’s biggest-selling hit, however. Another of the band’s war-themed songs achieved that goal a few years later when !976’s Fernando shifted ten million records.