AC/DC has been rocking and rolling for decades, with their seventh album Back in Black being celebrated on the 40th anniversary of its release earlier this month. The band has had a number of different line ups over the years, with brother Malcolm and Angus Young at the heart of many of them.

How did AC/DC get together?

Malcolm and Angus Young were born in Glasgow, Scotland, and in 1963 they emigrated to Australia.

Their older brothers, Alex and George, were also musicians, with Alex forming London-based band Grapefruit in 1967, while George became a member of Australian band Easybeats.

Malcolm was the first of the younger brothers to follow in their footsteps, and joined New South Wales band Velvet Underground, though this is not the famous New York-based band. 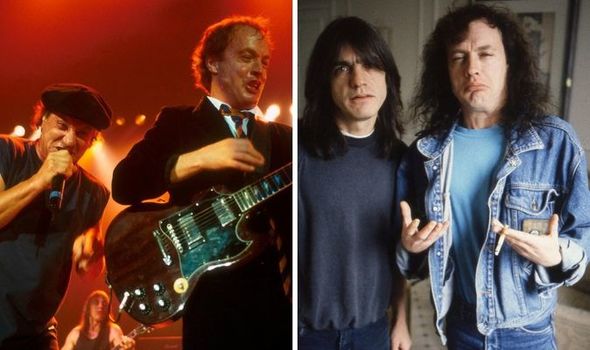 Eventually, Malcolm and Angus developed an idea for a band name when their sister Margaret saw the initials on a sewing machine, AC/DC.

The abbreviation means alternating current/direct current electricity, though it has been reported the brother’s felt the name represented the band’s energetic performances.

The brothers formed the band, with their brand-spanking new name, with bassist Larry Van Kriedt, vocalist Dave Evans, and drummer Colin Burgess in November 1973, who they likely met on the Australian band circuit.

Angus quickly began performing in a school uniform-style outfit, which was reportedly an idea of Margaret’s after he tried a variety of other costumes. 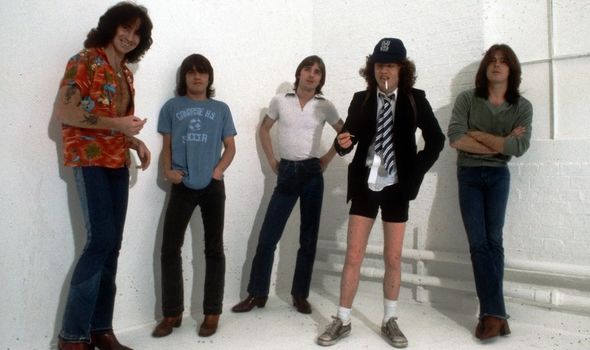 According to Paul Stenning’s AC/DC: Two Sides To Every Glory, the band’s first manager, Dennis Laughlin, occasionally stood in for vocalist Dave Evans, which caused some difficulties in the band in its early years.

In 1974, the band performed as a support act for Lou Reed, who was visiting Australia, and eventually, they were booked to play at the Hard Rock in Melbourne by promoter Michael Browning.

According to Michael’s book Dog Eat Dog, he began to manage them after their manager Dennis quit, and he even booked them in his Hard Rock club again with the cooperation of the Youngs’ brother George.

But this was the start of a long history of band members leaving, being replaced – and, on occasion, returning to AC/DC. 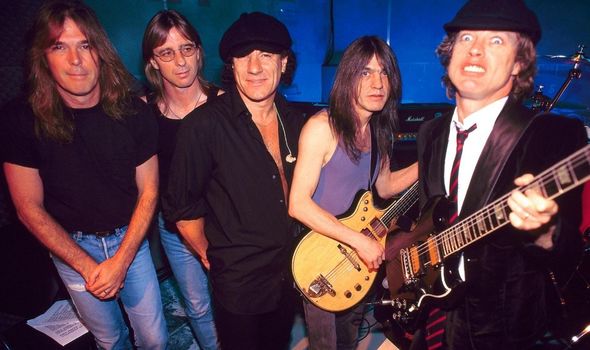 According to Paul Stenning’s book, Michael was not a fan of Dave Evans’ singing and felt he was not the right singer for the band.

In 1974, Evans was replaced by Bon Scott, who re-recorded the band’s only single.

The band’s signature logo, which has their name with a lightning bolt through the AC and DC, was designed in 1977 by Gerard Huerta and first appeared on the international version of Let There Be Rock.

Then later that year saw the departure of bassist Larry Van Kriedt and drummer Colin Burgess, and the band’s signature line was completed with the arrival of bassist Mark Evans and drummer Phil Rudd. 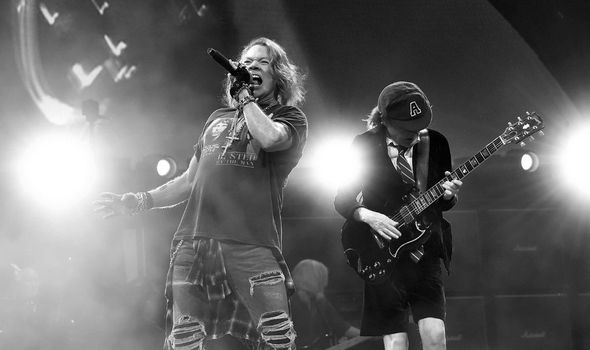 Mark Evans was replaced by Cliff Williams in 1977, who remained with the band until 2016, though the biggest blow was to come with the death of Bon Scott in 1980.

Brian Johnson was brought in to replace Bon, and he remained with the band until 2016.

Phil Rudd left the band in 1983, though he returned from 1994 until 2015 after being replaced by various drummers in the interim years.

In the 2000s, many line up changes took place, starting with Malcom Young’s departure in 2014 due to his oncoming dementia. He died in 2017.

In 2015, Phil Rudd left the band again and in 2016, Brian Johnson left due to hearing difficulties which forced him to retire.

He was replaced with Guns N Roses singer Axl Rose, before bassist Cliff Williams also left the band in 2017.