Anne-Marie appears to have well and truly recovered from her monumental stage fall at the Brit Awards as she was seen leaving an afterparty in high spirits.

The pop singer took an epic stumble during her performance just hours beforehand while exiting a giant red heart leading to some steps on the stage in a moment that left viewers gasping in shock.

However, her injury appears to have been minor and she couldn’t hide her smile as she departed a post-show bash in London around the same time a brand new Twitter account popped up in honour of her ill-fated ankle.

The Voice judge sported a stylish black leather jacket over a racy lace-up top as she was pictured leaving the party, her blonde locks tied back in a slick tight ponytail, not a hair out of place following her tumble.

Other stars in attendance at the bash were Courteney Cox, Becky Hill and Laura Whitmore, all looking slightly worse for wear leaving the event. 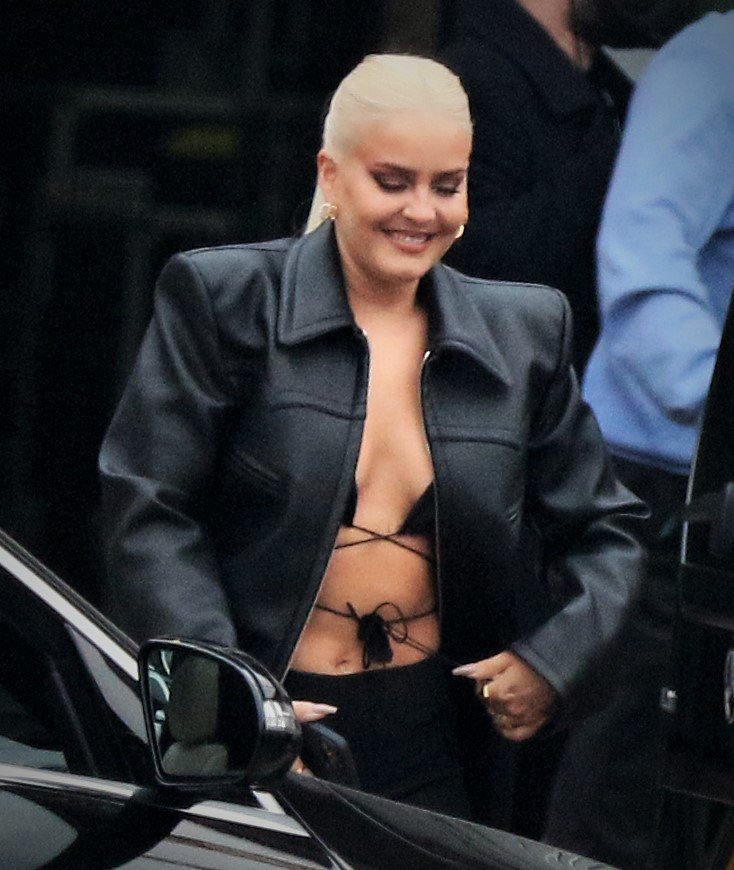 During Tuesday night’s glam event, Anne-Marie had taken to the stage to perform Don’t Play, her collaboration with KSI and Digital Farm Animals, when she lost her footing on a set of steps.

Dressed in a short sparkly red dress and ever the pro, the star quickly recovered and continued to sing, with encouraging cheers from the crowd.

Inspired by Anne-Marie’s Madonna moment, the damaged joint’s Twitter account was launched, with an ardent fan launching the spoof page with the handle @annemariesankle.

The account has so far shared over 40 tweets, and has an impressive 800 plus followers.

Ed Sheeran was crowned songwriter of the year, while Dua Lipa won the night’s other big prize, scooping the best pop/R&B act.