Roger Taylor discusses 'We Will Rock You' in 2016

We Will Rock You is one of the best-known rock tracks around the world; a song that is instantly recognisable and easy to join in with when started up in a crowd. Now in the latest episode of mini-documentary series Queen the Greatest, Brian May has shared how he came up with We Will Rock You’s iconic guitar riff and how there was a general lack of confidence in the track during recording. In the new interview, the 73-year-old admitted: “I had no idea of how far it would go, no.”

Brian May continued: “And there wasn’t that much confidence in the studio around me in the sense that not everyone was convinced that this was going to work.

“And they weren’t convinced that people were going to play it on the radio. Turned out that they did which is nice.”

Above all, the Queen guitarist is most proud of the fact that We Will Rock You has become part of public life.

He said: “When everyone goes thump, thump, clap, in any form whatsoever, that’s what it is.” 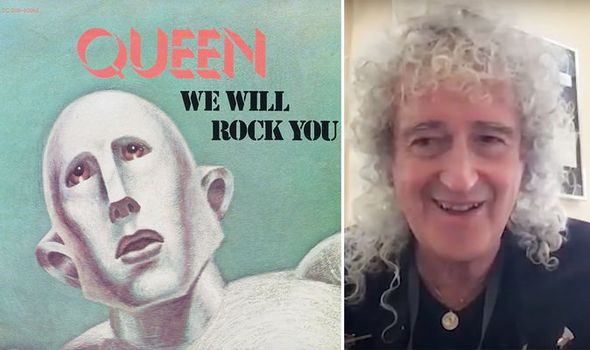 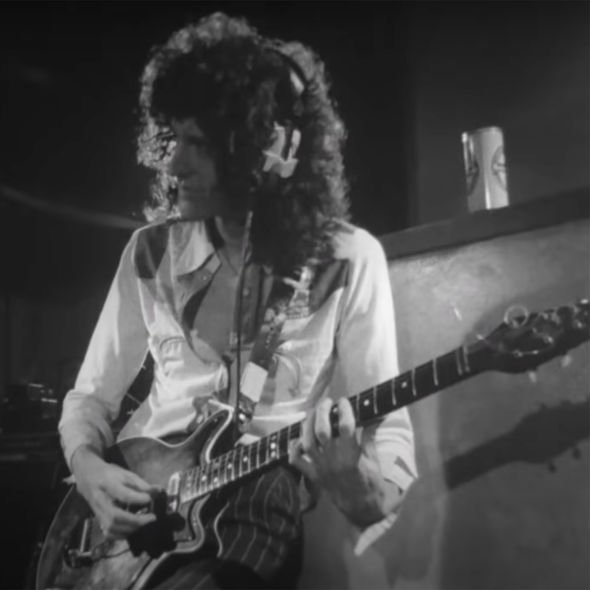 Brian added: “The greatest compliment is when people think nobody wrote it, they just think it has always been there.

“So We Will Rock You has become like, I don’t know, something which is traditional and goes back to the Stone Age,  And that makes me happy.

“And it brings joy, it brings people together and that’s probably the best thing of all because We Will Rock You and We Are The Champions were conceived in that way, in the sense to try and bring people together.”

The 73-year-old said that whenever he hears the track being sung at a football match or a sports fixture anywhere in the world, he thinks: “Yeah, it kinda worked. It brings people together, it makes people feel like they have some kind of power by coming together. That’s a good feeling for humanity, I think, togetherness is a great thing.” 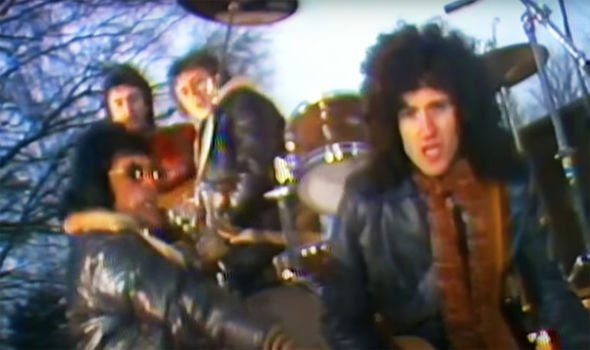 Also in the new video, Brian spoke of how he came up with his iconic We Will Rock You guitar solo through improvisation in the studio.

He said: “I wanted the song to be non-standard, I wanted it to be exceptional in every way.

“So I wanted to break all the rules and normally the guitar solo comes in the middle, and then you get back and have the last verse and wind the thing up.

“I didn’t want that, I wanted the whole song to be there and then comes the guitar solo out of nowhere.”

Brian continued: “I could hear something in my head but I wasn’t really sure what it was. And in my memory, I think I went there only once, I did just one take.

“I just went in there and I wanted to be spontaneous. I didn’t want it to be planned.”

The Queen guitarist then asked the studio team to play the whole track and he worked it out in his head before hitting that riff for real.

He said: “I just fished around, I could feel something inside and I didn’t really know what it was, I was just playing along to the feel of what was coming through my headphones.”

Coronavirus: Chicago residents sing Queen’s ‘We Will Rock You’

Brian added: “So I went back in and listened to it, and the bit that I really liked was something I’d stumbled on by accident.

“That one little riff stuck in my head and I thought that’s the way to end the song. So we copied the tape, we snipped it out, put three versions of that together, and that’s what you hear at the end of the track.

“I didn’t actually play it three times, I just played it the once and we duplicated it and put it on with sticky tape. That’s what you are hearing.”

Next week, Queen the Greatest will look back at the band’s show stopper, We Are The Champions. To watch the previous episode in the official YouTube series, click here.