The 2019 Mnet Asian Music Awards took place on Dec. 4 at the Nagoya Dome in Japan. BTS made history and won nine awards, making them the artists with the most Daesangs in history. At the awards show, BTS also became the first artists in history to ever win all four Daesangs at MAMA.

In addition to their awards sweep, the group performed an extended set of their older discography and songs from their 2019 EP, Map of the Soul: Persona. With the performance, BTS embraced their past while hinting to their future. 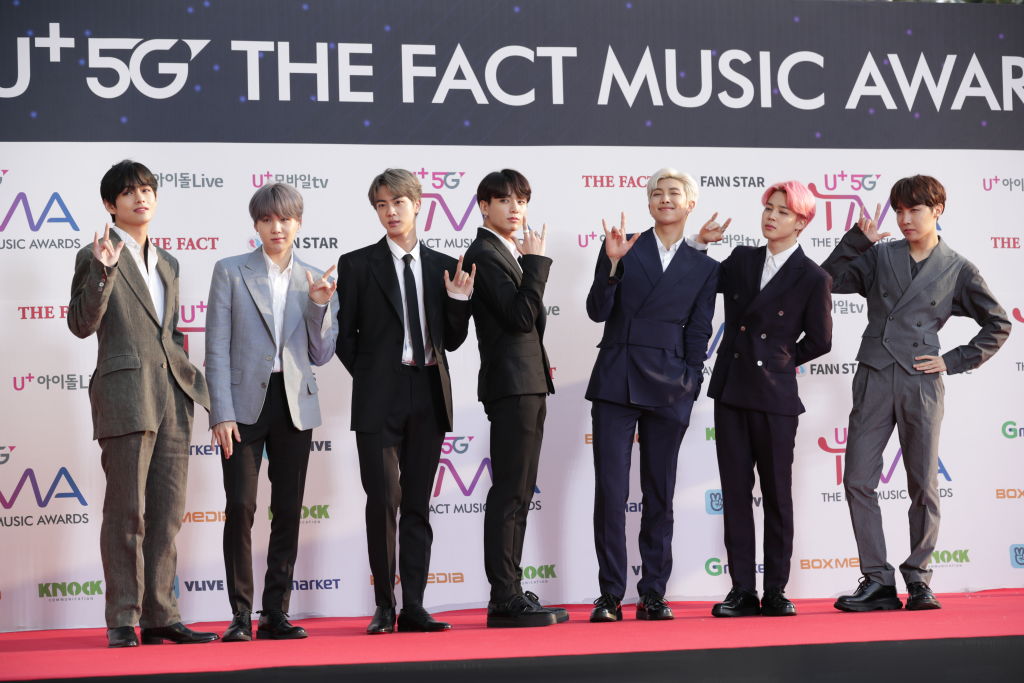 The group opened their MAMA performance with their 2013 hit “N.O.” At the 2019 MMAs, BTS incorporated a remix of “N.O” into “Dionysus,” so it’s the second time BTS has performed the song in the past week. BTS moved with confidence while performing their older song, and at one point Jimin launched himself into the air with seeming ease.

BTS also performed their iconic song “We Are Bulletproof Pt.2” from their debut album 2 Cool 4 Skool. The callback performance paid homage to one of BTS’s first songs. While BTS has shot up in popularity since 2013 and the members have grown up, they are still the same seven members of BTS.

The group performed songs from ‘Map of the Soul: Persona’

After performing songs from their past, BTS performed two songs from their present. BTS started the second part of their set with their 2019 hit, “Boy With Luv.” Later that night, BTS won Song of the Year for the the track. Like with their early songs, BTS danced and sang with a relaxed ease.

BTS then performed “Mikrokosmos,” which acted as the closing song for their Love Yourself: Speak Yourself tour. With “Mikrokosmos,” BTS’s bond with each other was clear. As they sang and rapped, they shared knowing smiles. For years, the group has worked together to get to the point where they are now, and their trust in each other still comes through in performances.

The final VCR introduced the part of BTS’s set focused on their future. Instead of performing a new song, BTS performed “Dionysus.” Just like with the MMAs, “Dionysus” acted as the piece that tied all of BTS’s discography together.

BTS opened the performance wearing dark suits with a large snake statue behind them. With the dark imagery, “Dionysus” seemed to hint that BTS’s next album will have a darker concept. As always, BTS’s performance of “Dionysus” radiated power, which is what BTS represents in the industry.

At MAMA, BTS made history with their clean sweep of all the awards they were nominated for. The group won nine awards, including four Daesangs. For the general awards, BTS won Best Music Video, Best Male Group, Best Dance Performance Male Group, Worldwide Fans’ Choice, and Favorite Male Artist.