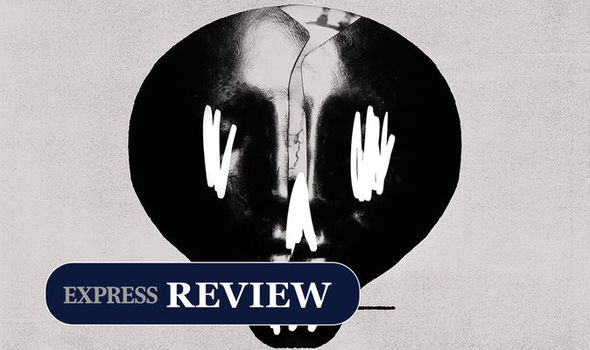 Bullet For My Valentine suffered a range of criticisms after they released their 2018 record Gravity. The more stripped back, melodic, and – frankly – unexpected album was a huge departure from their well-known thrash metal style, something that disappointed portions of their longtime fans. Enter their 2021 self-titled album, a record that singer Matt Tuck has previously described as “ferocious”, as well as saying: “It couldn’t be more of a contrast with Gravity.” On top of that, Bullet For My Valentine is a real piece of metal artwork.

At this point, a number of singles from the album have already demonstrated just how traditional this self-titled record truly is.

However, the real sense of the album is no better demonstrated than in its opening track: Parasite.

Opening with a megamix of the band’s biggest historic hits (Tears Don’t Fall, Waking the Demon, You Want a Battle?, Your Betrayal, et al), Bullet make a statement at the forefront of their new album: This is the next step for the band.

Tuck’s lyrics cut into the song, creating one of his most powerful tracks yet – and one I cannot stop listening to. With a beautiful and almost sadistic guitar lick as well as a stunning chorus, this is the metal of old that fans would have grown up on – it simply doesn’t quit.

Knives reintroduces the absolutely earth-shattering thrash metal that the band have, truthfully, not leaned into this hard since Fever.

Tuck’s lyrics slice through the ruthless riff that barrels through every inch of the song, making a real statement piece for the group.

And Knives isn’t the only almost track on the album that gets caught reminiscing about older records.

Fellow single release Shatter is just as powerful – if not more. Tuck, once again, demonstrates just how guttural his vocals can be with a brutal opening note that will make ears bleed (in a good way!).

Shatter also includes one of the most satisfying breakdowns in its final 10 percent, something that will be pored over for years. A true RUSH.

The album is not without a couple of missteps, however. Peppered throughout the ten-track record are a few forgettable entries that – while competent – do not add to the overall self-titled experience.

My Reverie certainly has some gumption behind it, with a stunning opening beatdown that will entice listeners in, but other than that? It feels a little hollow.

Bastards is guilty of the same crimes – despite a face-melting guitar solo. The lyrics regrettably feel half-baked, and are only made worse by a melody that I, frankly, don’t think is up to Bullet’s sky-high standards.

The album does come with a real injection of heart and emotion, however.

Track five, Can’t Escape the Waves, is a deep dive into Tuck’s psyche. In the same vein as that of 10 Years Today, CETW shows a glimpse of the vulnerability from the band between the mosh-pits and hardcore vocals. A spattering of evocative lyrics that will no doubt be relatable to thousands of listeners.

This track’s vibe isn’t a first for Bullet, but it certainly feels like it has been a little while since anything this raw came out of them. It’s a sight to behold and easily the best track on the album.

I was also struck by the lyrics in Death By A Thousand Cuts, a sleeper hit that has grown on me exponentially in just a short time – definitely a track to continue dissecting in the coming months.

Breaking through the heart, emotion, endless string of guitar solos, back-up gang vocals, and impeccable lyrics are the life-changing drums.

I don’t know how much drummer Jason Bowld is getting paid – but it isn’t enough.

If there is one thing you notice on self-titled, I would place money on it being Bowld’s absolutely devastating blast beats, snare drops, and double bass runs.

It’s clear that the mixing and mastering of Bullet For My Valentine’s self-titled has been enhanced to show off just how talented these musicians are, and it has really made Bowld’s power shine through – turn it up and enjoy the man’s prowess.

I feel like it’s easy to forget this band are, still, some of the most talented artists in metal to date. Sure, other – lesser – bands are selling out larger venues and get a lot of mainstream airtime, but Bullet are unrivalled instrumentally.

Self-titled is the purest, most refined version of Bullet For My Valentine yet, and I can’t wait to hear more.