Today we lost We’ll Meet Again singer Dame Vera Lynn who lived to an incredible 103-years-old. But did you know the World War II icon once shared the stage at a rock gig with Motörhead legend Lemmy Kilmister? It was back in 1985 when the late heavy metal star was still bassist with Hawkwind.

The band headlined a charity gig at London’s Crystal Palace that year for the Anti-Heroin Campaign.

Aside from Hawkwind, the line-up featured Spear of Destiny, Doctor and the Medics and The Enid.

While at the end Dame Vera came on stage for sing-along renditions of White Cliffs of Dover and Auld Lang Syne.

Hawkwind’s guitarist of the time Huw Lloyd-Langton played the drums for her. 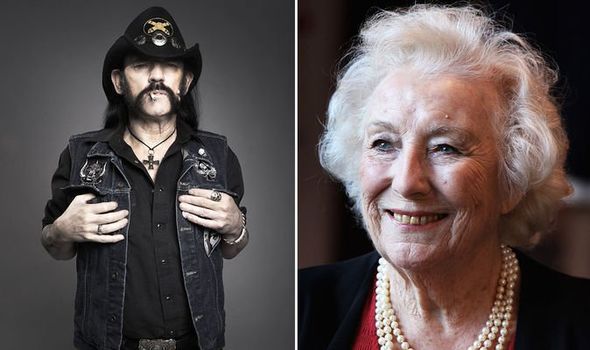 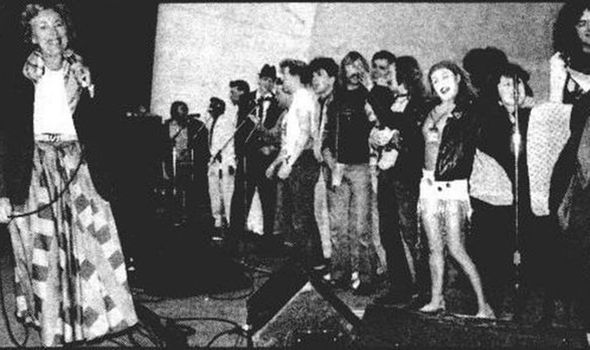 In a snap from UKrockfestivals.com, Dame Vera is seen singing while Lemmy and Hawkwind watched from the side of the stage.

The band’s frontman Dave Brock said of the event: “It was good fun…

“Huwie played the drums for her.” 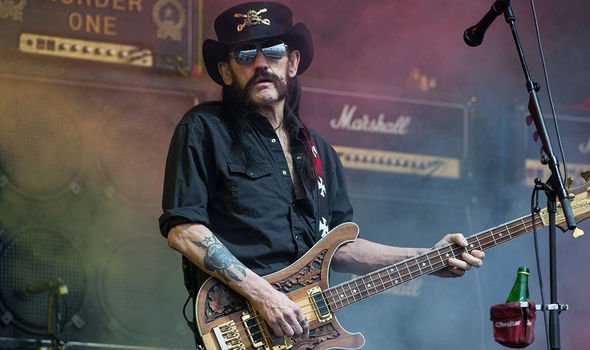 He added: “Hew Lloyd-Langton blowing his credibility by actually admitting he played drums for Vera Lynn!…

Meanwhile, a Lemmy biopic has been announced this week.

DON’T MISS…
Vera Lynn’s We’ll Meet Again SURGES up charts after The Queen’s speech [CHARTS]
Brian May on what being named Greatest Rock Guitarist means to him [POST]
Johnny Depp: Guess which rock star wants him to play him in a biopic? [BIOPIC]

The film will be directed by Greg Olliver, who helmed the 2010 Lemmy rockumentary before his death in 2015.

According to Deadline, the biopic will follow the rock star’s life growing up in Stoke on Trent.

And then see how he became a roadie for Jimi Hendrix, before joining Hawkwind and then forming Motörhead.

The director added: “Marlboro Reds and Jack Daniel’s for breakfast, speed for dinner – all true.

“But behind that steely-eyed façade of rock n’ roll was also a compelling, complicated and lion-hearted man who stayed the course and never gave up playing the music that made him happy.

“We’ve been carefully developing this biopic since 2013, making sure to stay true to Lemmy, Motörhead band members Phil Campbell and Mikkey Dee, and all the other folks that played important roles in Lemmy’s life.

“This will be a film they’ll be proud of.”