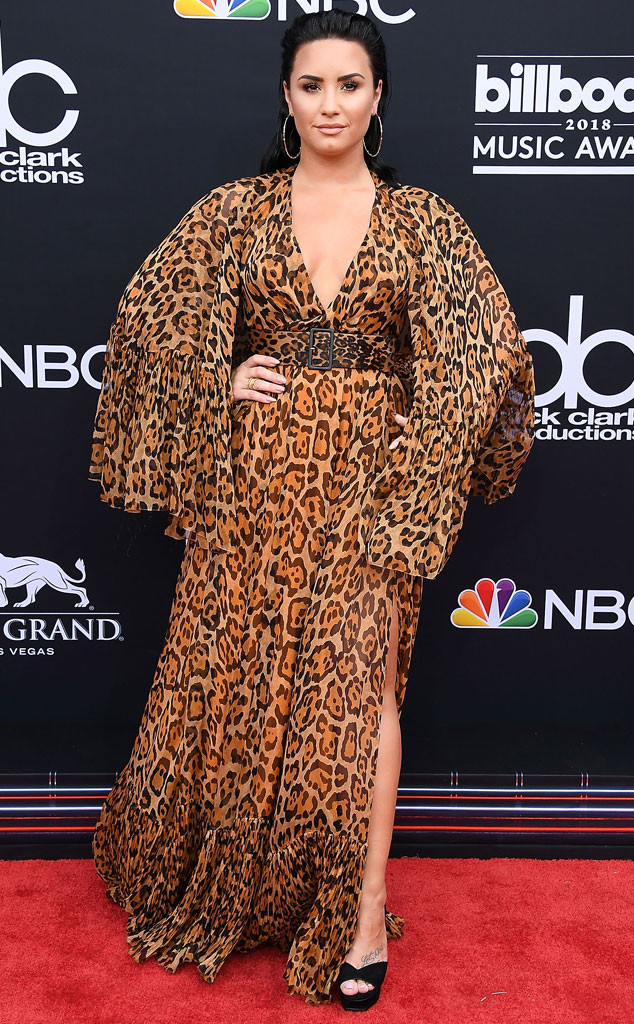 Sorry not sorry but Demi Lovato had no interest in attending the 2019 MTV Video Music Awards.

While her fellow A-listers—including Taylor Swift, Missy Elliott and Cardi Bamong others—flocked to New Jersey’s Prudential Center on Monday night for the annual music event, the “Confident” singer decided to sit this one out.

“I skipped the VMA’s for a REASON,” the 27-year-old posted on her Instagram Story. “Well that and I just hate award shows.”

Hours earlier, she actually seemed to be busy working on an upcoming project, as she teased to her 73 million followers.

“Okay I can’t tell you guys what I’m doing today (you’ll find out super soon tho) but it’s making me SO HAPPY,” she wrote. “I’m having SO MUCH FUN and I can’t stop laughing. Now go come up with crazy ass theories as to what it might be!!!” (Hmm, could she have been on set of Will Ferrell‘s upcoming Netflix comedy, Eurovision or perhaps filming the final season of Will and Grace?)

She still tuned in to cheer on her pals. After Normani‘s “Motivation” performance, she posted a clip to her Story. “Literally couldn’t be more proud,” Demi wrote alongside a string of emojis.

Of course, she wasn’t the only star MIA from the event. Ariana Grande, who nabbed the Artist of the Year trophy, is on the European leg of her tour. The same goes for Best New Artist winner Billie Eilish: Her tour schedule conflicted with the show. As for BTS, the K-Pop group recently announced they’re taking a “period of rest” so they can “recharge.”

Though they were most certainly missed, we were still gifted with epic performances from Lizzo, Shawn Mendes, Lil Nas X and Camila Cabello!