Elvis Presley adored the Southern home cooking he was brought up on and many of the recipes now feature in The Presley Family Cookbook. Now in a new video shot inside Graceland’s kitchen, Food and Beverage Director Daniel Clark showed VP of Archives and Exhibits Angie Marchese how to make The King’s favourite banana pudding. The official Graceland Instagram video is captioned: “Do you like delicious desserts? Step inside the kitchen at Graceland Mansion and watch chef Daniel and Angie show you how to make Elvis’ favourite Banana Pudding recipe!”

Angie kicked off the video by saying: “Elvis loved banana pudding, but not only Elvis – this is one of Lisa’s go-to desserts when she’s here in town.”

The King’s daughter Lisa Marie is the owner of Graceland and still regularly visits the mansion with her family she still calls home.

The chef replied: “Absolutely. That’s why it’s so important we know when she arrives so we can prepare more in advance.”

Elvis fans who want to try cooking his favourite banana pudding can find the ingredients below. 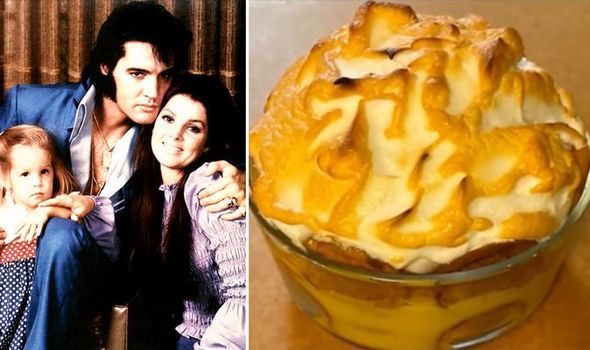 To make the banana pudding you’ll need six eggs, three cups of whole milk, one and a quarter cup of sugar, three tablespoons of corn starch, a dash of salt, two teaspoons of pure vanilla extract and a dash of creme of tartar.

While the key ingredients are vanilla wafers, plenty of good bananas and a little bit of powdered sugar for the meringue to top the pudding.

To start the preparation process, begin by separating the egg yokes from the whites and put the latter aside for the meringue.

Put the yokes in a bowl and after stirring really well, continue to do so as you pour in the milk and then the sugar. 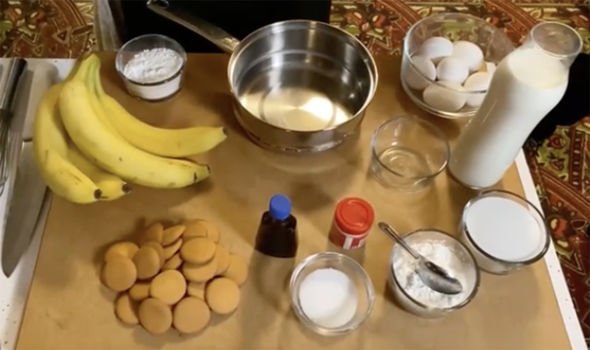 Next, add three tablespoons of corn starch to help the pudding thicken, but up to four and a half if you like it really thick.

Then it’s a dash of salt before taking the mixture to the double boiler for 20-30 minutes dependant on how long it takes to thicken.

After that’s done, it’s time to build the wafers in layers with the chopped banana, as seen in the video.

The Graceland chef will show you how to do it just as the Presley family used to.

For each layer add a third of the pudding until three layers are completed, then it’s time to prepare the meringue to go on top.

The Graceland chef says to start slowly breaking the egg whites up and then add a dash of the creme of tartar.

After that, add three spoons of powdered sugar and then spoon the meringue on top of the pudding like a mountain.

Once that’s done, it’s time to put the banana pudding in the oven at around 400 degrees for about six minutes so it browns nicely.

This isn’t the first time Angie and Daniel have teamed up for a how to cook Elvis’ favourite meals video.

The pair have also covered The King’s Sunday Meatloaf which he once ate for dinner every night for six months straight.

And then, of course, there’s the famous Elvis sandwich, also known as a peanut butter and banana sandwich which can also come with bacon.

In fact, The King enjoyed it so much he once showed a Graceland maid how to make it just how he liked it.