Eric Clapton and George Harrison were friends for decades. Even though they traveled on vastly different paths throughout rock ‘n’ roll history, George and Clapton had much in common. They loved the guitar, had similar idols and influences, and even shared similar tastes in women.

Through the years, they became brothers. However, Clapton always had a hard time communicating his feelings toward George.

Clapton was with The Yardbirds when he first met George. They were on The Beatles Christmas show, and the pair hit it off immediately.

It’s understandable if George was ever envious of Clapton, who was mostly a free agent. George was stuck in The Beatles, where no one listened to the songs he put forth. So, it was probably comforting having Clapton around, showing George what life could be like outside the biggest band in the world.

Clapton was always in the background in Beatle history. When George unexpectedly quit during the Let It Be sessions, John Lennon suggested replacing George with Clapton. When George needed help on “While My Guitar Gently Weeps,” he got Clapton. Also, George was in Clapton’s garden when he wrote “Here Comes the Sun.”

Clapton explained how George wrote the song in Martin Scorsese’s documentary, George Harrison: Living in the Material World. “He was just a magical guy, and he would show up with his guitar, get out the guitar, get out of the car, with the guitar and come in, and you’d start playing, and we’d walk around the garden,” he said.

“We sat down at the bottom of the garden… and the sun was shining, and it was a beautiful morning, and he started to sing… I just watched this thing come to life.”

However, in the early 1970s, George and Clapton’s relationship took an interesting turn. Clapton fell in love with George’s wife, Pattie Boyd. After Clapton confessed his love to Boyd, he went straight to George to tell him. All three of them kept things respectful.

In the end, Boyd left George for Clapton, but it didn’t destroy their relationship. 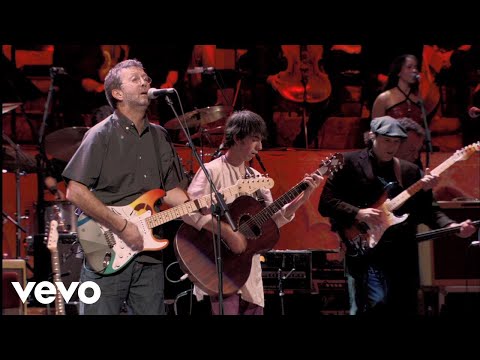 Clapton found it hard to communicate his feelings toward George

After everything George and Clapton went through together, Clapton was never entirely able to show his friend his feelings. However, when George died in 2001, Clapton knew what he had to do. He had to have some hand in giving the world a celebration of George.

Thus, Concert for George was born. “It was [Clapton’s] idea,” Goerge’s widow, Olivia, told Rolling Stone. “He phoned me not long after George died and said, ‘I’d like to do something.’ Eric was a very deep friend of George’s, so I felt confident and relieved that it was Eric coming to me.”

“Olivia had given me this job of being musical director,” Clapton explained, “to single out people for certain songs, and I found that really hard. We were all quite protective of our relationships with George.

“A lot of times during our relationship, I found it very difficult to communicate my feelings toward George — my love for him as a musician and a brother and a friend — because we skated around stuff. I was probably dealing with that, too, making amends.” 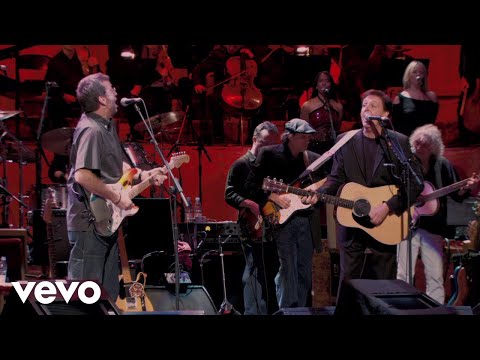 Clapton seems to be able to talk about his feelings toward George a little better now. “I love him very much,” Clapton said in a 1989 interview. “He’s a great guy. Kind of a bit like an older brother, you know?”

Speaking about keeping up with friendships in the business, Clapton continued, “I find I have more in common with people who have survived the ’60s and the ’70s. We’ve got the same sort of attitude.”

In Scorsese’s documentary, Clapton said, “George had a huge circle of friends, and I think I was king of-I was just one of them really.

“I mean, I like to think there was something special about our relationship, in many ways there was, but after George died and we all got together, ‘My God,’ I thought, ‘He’s got-how do these guys all fit together?’”

George thought his and Clapton’s relationship was special too. He loved Clapton just as much. In a 1987 interview, George said, “We share the same wife. I’ve been friends with Eric for years and I think I always will be. He’s a lovely fella and I love him very dearly.”

So, it’s safe to say that George and Clapton were brothers.