In electronic music, the age-old question of machinery’s emotional capacity is inescapable. In everyday life, we love talking into our little omnipresent screens, but do they really get us? A quick Google search of “electronic music and emotion” yields Reddit threads searching for answers (“The consensus is that electronic music generally lacks any real depth,” one user noted) and EDM blogs fervently defending the genre’s ability to emote sans lyrics and instruments.

In general, commercial music is successful when it’s at least somewhat transferable, giving words and sounds to feelings most people have experienced before. We tend to think pop music is good when it’s tangible and concrete, but not so specific as to alienate its listeners.

Yet in the midst of these genre pontifications lies Tirzah, whose sophomore album, Colourgrade—about the simple pleasures of her current life as a mother, partner, and friend—is full of music that is dark, experimental, and vast, proving that sound and sentiment don’t always have to match.

Tirzah maintains an ongoing creative partnership with producer and childhood friend Mica Levi. “In a lot of ways, [Colourgrade] feels closer to representing what we always worked on,” she notes. And in general, the album does feel a bit like a goth older sister in their discography. It follows 2019’s Devotion (deemed “imperfect pop” in a Pitchfork review that nonetheless gave it an 8.3 out of 10) and a handful of earlier, buzzed-about mixtapes like 2015’s Make It Up, whose three tracks veer closer in sound to U.K. garage, the dance music of London’s underground.

But Colourgrade isn’t as straightforward. Throughout the record, Tirzah coos as guitars reverberate off faded, and often distorted, metallic whirs and perpetually whirling synths. 808s usually provide a steady drumline, but here, they add another offbeat element. It should be off-putting, but mixed with the other layers of noise, it all comes together as something captivating and satisfying. 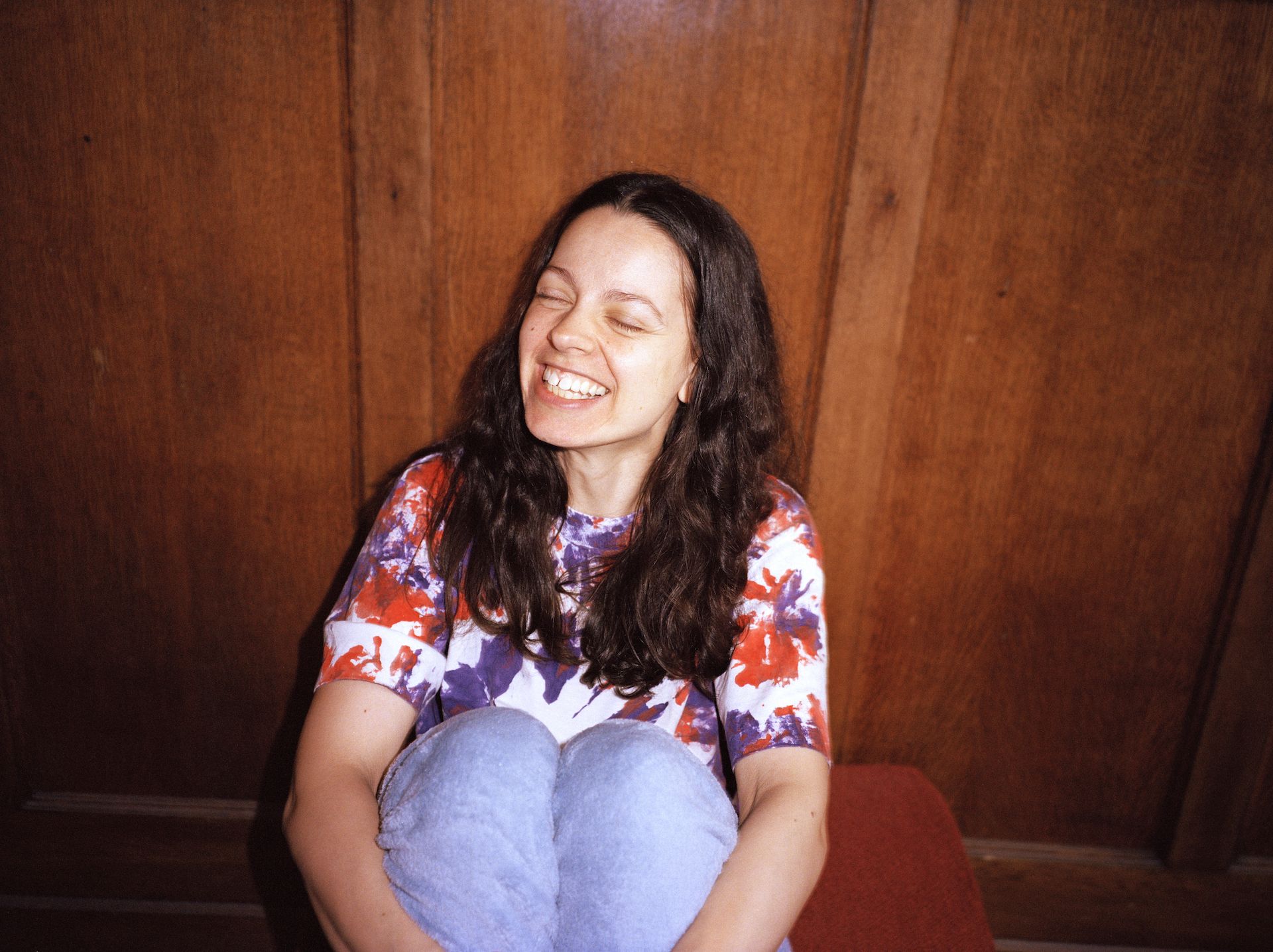 Tirzah, a 34-year-old from Braintree, Essex, is as cloaked, yet endearing, as her music. She shies away from questions about her kids (born in 2019 and 2021) and only laughs sparsely, occasionally making quiet jokes after she’s answered questions. Colourgrade embodies this charming and veneer-less quality. For all its abstraction, it still feels warm. On “Beating,” a song that marvels at the gift of making life, Tirzah clears her throat midway through a repeated “found you, found me,” before continuing into the ether. And on tracks like “Send Me,” there’s an undeniable R&B influence. (One YouTuber user remarked that “Hive Mind” sounds like “(a demented) Timbaland on Nelly Furtado’s “Say It Right”). The sound likely slipped in via Tirzah’s own favorites. She calls neo soul artists D’Angelo and Jill Scott her “bread and butter,” musicians she plays “just absolutely over and over and over and over.”

As for what else inspired the otherworldly sound she’s developed, she calls it a “natural progression” from where she began—her absolute earliest beginnings being Purcell School for Young Musicians, where she studied harp amongst classic musicians. “I quite liked that it felt like a bit of a bubble to me. You’re really in your own little world I suppose. And you’re hearing music night and day,” she says.

It’s there where she met Levi, who goes by the stage name Micachu (Tirzah lovingly refers to them as “Meeks”) and has created the soundtracks for movies like Zola and Jackie. The pair have worked together as a collaborative force on every project, in a way that Tirzah describes more accurately as “half hang, half music making.”

In each project, the family collaboration only seems to build. On Colourgrade, they brought in London artist Coby Sey, who has been performing with the pair for the last few years. “You’re kind of at one with each other and one with each other’s approach to writing. You can’t really ask for more,” Tirzah says. It’s a vibe that’s apparent in the “Devotion” music video, where Tirzah and Sey sing in front of what looks like the coziest house party of all time.

The creative family extends to romantic partnerships as well. Tirzah’s partner, Giles Kwakeulati King-Ashong, known onstage as Kwake Bass, acts as the music director for the live shows, a feat that requires translating the layers of abstraction to the stage. “There’s definitely a creative melting pot in the room, but Kwake is certainly the wizard stirring the cauldron, so to speak. The Mizard. The MD Wizard,” Tirzah laughs.

Tirzah says she didn’t set out to make an album about family, but obviously, life seeps into art. “Like anything creative, you’re drawing on your feelings to something and you’re just sort of generally channeling.” The result is a record that challenges the notion of experimental music’s emotional capability via the undeniable warmth of romantic, familial, and platonic love.

From a career that began with the harp and has spanned dance music to electronic, it’s unclear where Tirzah could take us next.

“Going forward, it’ll all just carry on evolving,” she says.