Freddie Mercury was born 73 years ago today. One of the UK’s (and the world’s) greatest music icons was born thousands of miles away on the island of Zanzibar. His bandmate and “brother” Brian May went on pilgrimage this year to retrace Freddie’s life and his earliest years. As well as the wonderful pictures, May also shared his own personal thoughts about the man he shared 22 years of adventures with.

Freddie was born on September 5, 1946, at the Zanzibar Government Hospital.

May and his wife Anita Dobson, tracked down the building and he happily wrote: “Freddie’s birthplace. Finally. The hospital where Farrokh was born to Jer and Bomi Bulsara on the 5th September 1946. And later his sister Kashmira in the same place. It was a thrill for me to find it.

“So did we do our friend justice in the recent movie we ‘uncled’ ?”

He is referring to Bohemian Rhapsody, of course, which banked well over $900million worldwide, smashed box office records and swept to glory at the Oscars. Unfortunately, some critics and fans slammed the movie for certain liberties taken with timelines and apparently avoiding any uncomfortable aspects of Freddie’s life. Millions would disagree. 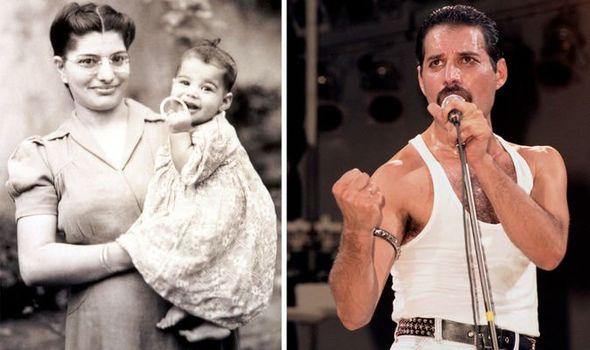 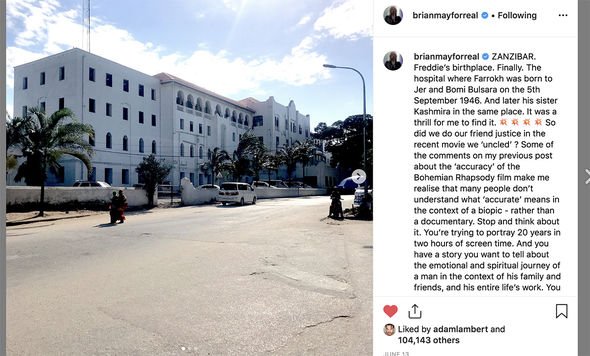 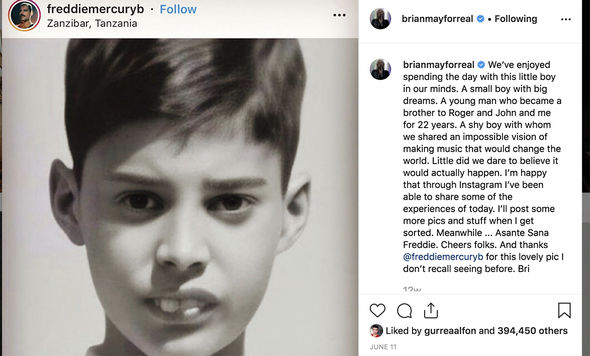 May also journed to Freddie’s original home in Stone Town, Zanzibar, which has since become a hotel. He wrote with typical unabashed excitement: “ZANZIBAR !!! Stone Town. This is the building where Freddie and his sister Kashmira lived when they were young. A pilgrimage !!! Bri.”

The family lived there while Jer worked for the colonial British government. It was a comfortable life, with domestic servants and a nanny for the children called Sabine.

May and Dobson also visited Freddie’s first school, the Zanzibar Missionary School, and wrote; “We managed to retrace many of Freddie’s childhood steps. This something I dreamed of doing for many years. Nice to share with you folks. Bri.”

During the emotional series of posts, May also shared a childhood photo of Freddie and added his own personal tribute to the man who shared so much of his life.

FREDDIE MERCURY BIRTHDAY: JUST LOOK AT THESE AMAZING PICTURES OF HIM AS A BABY 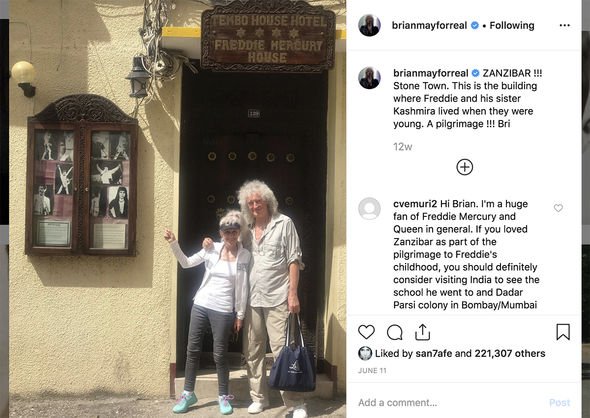 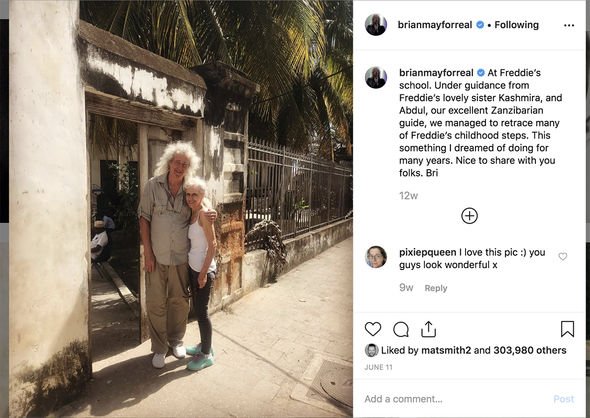 May wrote: “We’ve enjoyed spending the day with this little boy in our minds. A small boy with big dreams. A young man who became a brother to Roger and John and me for 22 years. A shy boy with whom we shared an impossible vision of making music that would change the world. Little did we dare to believe it would actually happen…

‘Asante Sana’ means ‘thank you very much’ in Swahili, the language predominant throughout East Africa, where Tanzania and Zanzibar lie.

Just like May, millions of fans continue to remember Freddie and say ‘thank you very much’ every single day for the extraordinary gifts he left behind.