Before too long, grieving fans would be gathered outside the gates of Garden Lodge in West Kensington. But Freddie grabbed last moments of happiness as his health faded in the summer of 1991. He rarely left his bed at the end, but surprised his partner Jim Hutton one day. On August 28, while Jim was in the garden photographing the flowers, Freddie appeared outside in a smart outfit and with his hair done – and so his last ever pictures were taken.

Freddie always said he didn’t care how people remembered him: “It’s up to them. When I’m dead, who cares? I don’t.” But he would not have wanted to be remembered bedbound, diminished and frail.

So, it is fitting he should be remembered instead smiling in the sunshine.

Conscious of how his appearance had been affected by his illness, the brave star asked to be snapped at a small distance.

The pictures below are a precious reminder of Freddie’s spirit and is even more perfect that he has one of his beloved and faithful companions standing at his side. 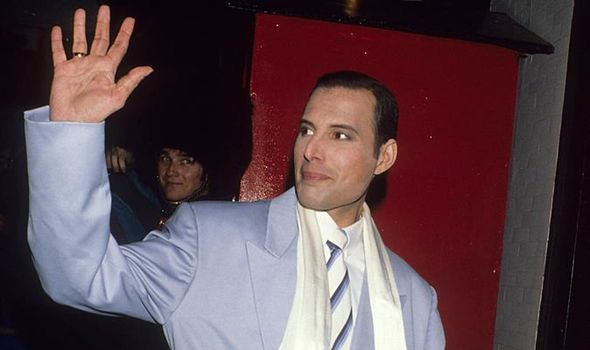 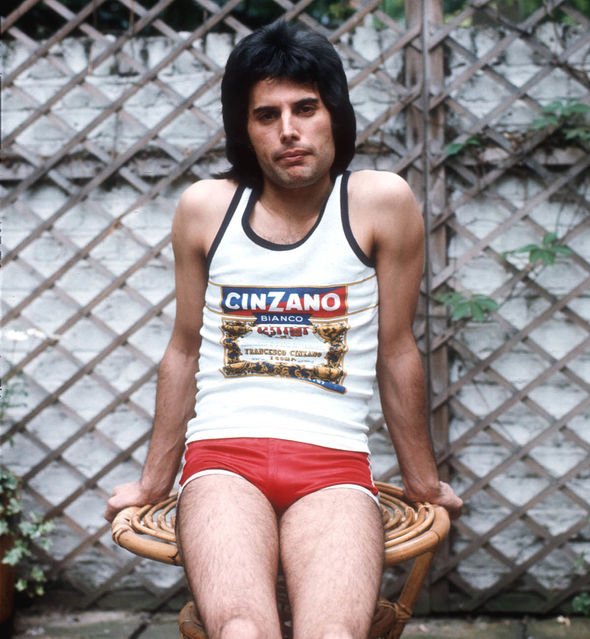 The pictures are also an echo of one of the earliest pictures of Freddie at home in his much more modest Holland Park garden in 1975.

In his memoirs Hutton describes the moment: “That summer Freddie posed for a camera for the very last time – mine.

“It happened like this. I was out in the garden photographing some of the flowers in full bloom and Freddie walked towards me.

“I trained the lens on – he wanted to move back a bit so it wasn’t a close-up. Then he posed while I took four pictures, and he managed a smile for each.” 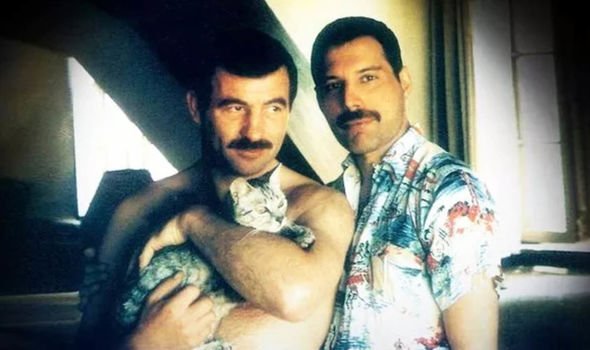 Jim added: “He was so pale and drawn that he knew he didn’t look his best, but it didn’t matter a bit; of all the pictures I have of Freddie, those are the ones I love most.”

The pictures were taken on August 28, 1991, three months before the Queen icon passed away.

What is so touching is how much effort Freddie had made. His close friend and live-in PA, Peter Freestone described to Express Online how casual Freddie liked to be at home, even in full health.

Peter said: “Freddie at home alone with us would be sitting in a mismatched tracksuit on the sofa watching Countdown.”

It is clear that the smart blue trousers and patterned floral shirt were chosen on purpose by Freddie. He wanted to look nice for the moment and for Jim. In doing so, he also left one last wonderful memory to the world.

It is also fitting one of his cats was there, too.

The star had at least ten over the years, starting with Tom and Jerry when he lived with Mary Austin.  Six were there with him at the end – Delilah, Goliath, Lily, Miko, Oscar and Romeo.