George Harrison named his son Dhani Harrison after two notes in the Indian music scale. Having a name representing George’s favorite thing, plus being the child of an ex-Beatle, sort of sealed Dhani’s fate of following in his father’s footsteps.

However, Dhani resisted going into the family business for most of his childhood and young adult life.

For Dhani, growing up at Friar Park was interesting, to say the least. He used to tell his friends that his dad “pushes buttons” for a living. He had no idea that those buttons were making hit albums.

“I hung out with my parents. I was always trying to be with the big kids, and the big kids at my house were like (ELO frontman) Jeff Lynne,” Dhani told Daily Mail. “You’d come home and it was like, ‘Bob Dylan’s here.’ It’s hard to get a bit of perspective on, like, ‘How did your school test go today?’”

However, his father always treated him like an adult and tentatively showed him how those buttons worked. “My dad treated me like an adult – I got involved, he taught me how to make records from an early age. I grew up in a recording studio,” he said.

Dhani might have had music all around him growing up, but that doesn’t mean George pressured him into music. Dhani already didn’t want to go into the family business. 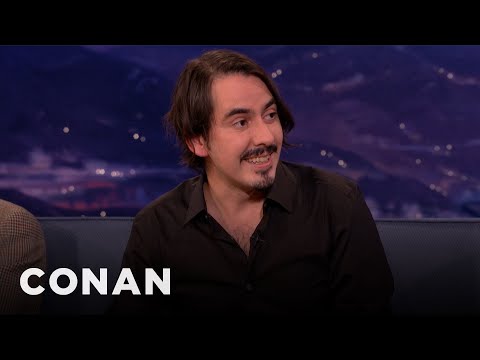 Dhani rebelled against his father and joined military school

George was a pretty cool parent. Besides raising his son in a recording studio, where all manner of legends came in and out, George had some pretty unorthodox views of school. He tried convincing Dhani to stay home and hang out with him most of the time.

In Martin Scorsese’s documentary George Harrison: Living in the Material World, Dhani said, “He used to say to me every day, ‘You don’t have to go to school today, do you just wanna go on a yacht in the South Pacific and run away forever?’

“People would probably say, ‘You’re an idiot for not doing that,’ and maybe in a way, I am,” Dhani explained. “But to rebel in my family it was to go to school, I went to like a semi-military school. We did CCF one day a week and he, that used to piss him off, me walking around in an Air Force uniform.”

George and Dhani’s father/son dynamic was a little skewed, considering it should have been Dhani not wanting to go to school or wanting to go to military school. It’s not like Dhani was rebelling against George because he didn’t like his father or for any other reason. Dhani just wanted to rebel against something because he was a teenager.

When his father acted like a teenager himself running off down the garden to hide, doing “don’t tell your mum kind of stuff,” Dhani had no choice but to do the one thing George didn’t like. Most parents would be proud that their sons joined the military school.

Although, Dhani did think George was cool, something that’s rare in parent/child relationships. 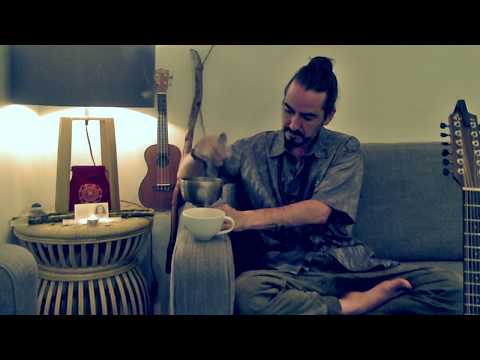 Dhani did everything he could to not be a musician

Eventually, Dhani rebelled against his father one last time by going to Brown University, where he studied industrial design and physics, not music. He even joined an Olympic rowing team in school, another thing George didn’t expect his son to find interesting.

Then, Dhani got a job as an aerodynamicist for the British sports car company McLaren.

“I did everything I could to not be a musician,” Dhani told Billboard. “I went to university (Brown), I worked as a designer, I competed in Olympic sport (rowing)… and I ended up being a musician. It’s in the DNA, I guess.”

Barely a year into working at McLaren, though, Dhani started helping his father finish his last album, Brainwashed. With his father dying and then Sept. 11 happening, it gave Dhani a little bit of perspective.

“I was in Staten Island in September, about five days after September 11, and the world looked like a pretty awful place back then,” Dhani told the Daily Mail. “We could smell the burning bodies, for God’s sake, being dumped in Staten Island, and my dad was being treated there for cancer.

“I was alone, I’d just finished university and it was really, truly awful. On top of the cancer, it had been September 11. It was just like the world – and my world – was falling apart. It was then I thought, ‘Well now I’m going to do what I want to do – music, something positive and strong. And it won’t be like a band; it will be like an organisation, a family, and it will carry on and on.’”

Thankfully, Dhani had that wake-up call because he’s had a successful career so far. Dhani has also stayed faithful to George by remastering and making new music videos for his work over the years. He’s kept his father’s legacy alive but is his own person, even if he followed George’s footsteps and looks and sounds just like him.