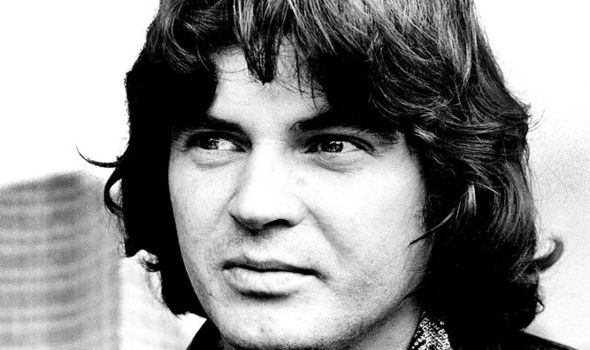 His death at his Nashville home came seven years after brother Phil and partner in the influential Everly Brothers took his final bow. A statement issued on behalf of his family said: “Don lived by what he felt in his heart. Don expressed his appreciation for the ability to live his dreams…with his soulmate and wife, Adela, and sharing the music that made him an Everly Brother.”

No cause was given for his death on Saturday. But the news devastated millions of fans.

Dave Davies, 74, a founding member of The Kinks, said: “Very sad day. Both of the Everlys were part of my musical life growing up.

“We were inspired by their wonderful records and their singing and their voices. Wake Up Little Susie was my favourite as a kid.”

Sixties hitmaker Marty Wilde, 82, added: “With so many songs in the Everly Brothers catalogue, it’s hard to pick a favourite, they are all so good. Forever in harmony.”

Lord Andrew Lloyd Webber said: “Farewell Don. A curtain has finally come down on the greatest duo in rock history. The Everly Brothers were the daddies of the vocal harmonies of rock today.”

And Tim Rice added: “No singers of my schooldays meant more to me than the Everly Brothers.”

Considered to be one of the greatest vocal partnerships, Don and younger brother Phil influenced bands including The Beatles.

They had hits worldwide in the late 1950s and early 1960s, including All I Have To Do Is Dream and Walk Right Back – two of four UK chart-toppers.

The siblings had an onstage breakup in 1973 that led to a decade-long estrangement but staged a reunion concert at the Royal Albert Hall in London in 1983.

The Everly Brothers were elected to the Rock ‘n’ Roll Hall of Fame in its first year — 1986 — alongside Buddy Holly, Elvis Presley and Chuck Berry.

They were given a lifetime achievement award at the Grammys in 1997, while Don was inducted into the Musicians Hall of Fame in 2019.

Born Isaac Donald Everly on February 1, 1937, in Brownie, Kentucky, he was raised alongside his brother in a musical family. Their coal miner father Ike was a gifted guitarist.

The brothers began writing and recording music in the mid-1950s and released their self-titled debut album in 1957 before signing with Warner Bros.

Starting with that year’s Bye Bye Love, they found huge chart success with catchy numbers including Wake Up Little Susie and When Will I Be Loved.

Although many of their songs were written by others, Don penned three of their most successful – Cathy’s Clown, (Till) I Kissed You and So Sad.

The brothers took a career break in 1961 to serve in the Marines, after which Don found himself addicted to the stimulant Ritalin. Of his addiction, he once said: “People didn’t understand drugs that well then. They didn’t know what they were messing with.

“It wasn’t against the law. But it got out of hand, naturally. It was a real disaster for a lot of people, a disaster for me. Ritalin made you feel energised. You could stay up for days. It just got me strung out. I got so far out there, I didn’t know what I was doing.”

Don is survived by his mother, Margaret, who is 102, wife Adela, who he married in 1997, and four children from two previous marriages – son Edan and daughters Venetia, Stacy and Erin.