The 2LP vinyl set is released on September 25 on 180 gram audiophile black vinyl and comes in different formats.

They include a limited edition picture disc version and the Gold, White + Red Splatter vinyl.

This new version of Guns N’ Roses Greatest Hits will also feature the band’s single Shadow of Your Love. 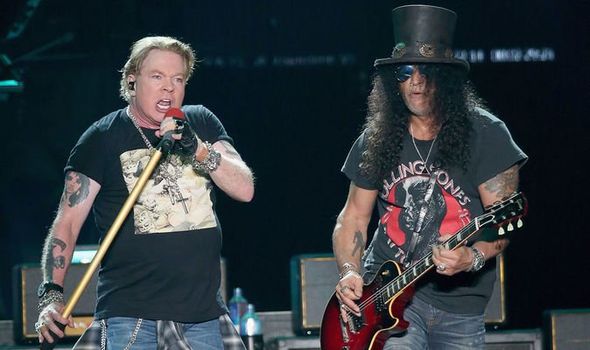 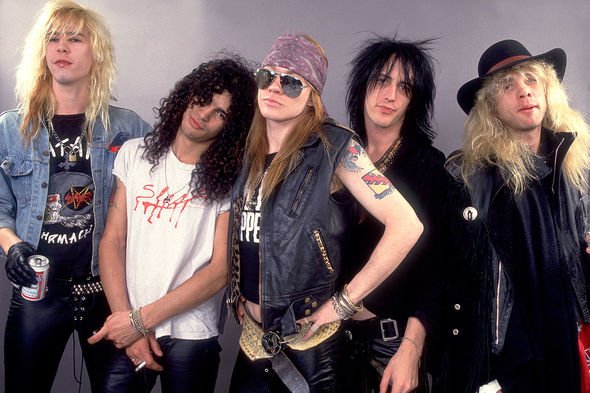 Meanwhile, Slash has given an update on Guns N’ Roses new album.

After all, it’s been 12 years since fans were treated to their last studio album in Chinese Democracy.

Speaking with Sweetwater, Slash said of the lockdown: “I’ve been pretty much a homebody.

“But I’ve been back and forth between my studio in the house and doing a lot of writing and recording on my own.”

“And I’ve been doing stuff like that, so we’ve been getting some work done that way.

“But I haven’t been doing much else.Basically just focusing on writing new music.

Back in 2016, Express.co.uk spoke with the band’s former manager Vicky Hamilton, who revealed he favourite crazy story from the band’s early days.

She said: “One day I was driving Guns N’ Roses to rehearsal in a friend of mine’s car who had kids. And there were Ernie and Bert [Sesame Street toys] in the back seat.

“I said, ‘Don’t mess with his kids’ toys.’ The next thing I know, I’m driving along and I smell burning.”

“Axl was in the front seat with me and I look back to see they’ve taken Ernie and Bert, tied guitar strings around their necks and have them smoking cigarettes while being dangled out the window. I was like, ‘You’ve got to be kidding me.’ I was so pissed. I mean now it’s funny but it wasn’t funny then.”