Harry Styles has revealed his upcoming album, Harry's House, is his favourite out of his entire career.

The singer, 28, who will release his third solo album later this month has opened up on his experience in the music industry, as well as laying himself bare on the record.

While he may have a string of hit records and Grammy Awards behind him, it appears that Harry's House holds a special place in the Cheshire-chap's heart.

The hitmaker recently treated fans to a performance of three tracks from the record during his headline Coachella set, As It Was, Boyfriends and Late Night Talking.

Speaking on Zane Lowe's Apple Music podcast about his Coachella set, Harry explained: "Doing shows is my favourite thing to do, in the world.

"If I'm going to put something out, whether it's a show or an album or a song, I want it to be perfect."

Discussing his career which has spanned over 12 years, he added: "It's really easy to be like 'when it stops being fun, I'll stop doing it'."

Harry has previously revealed that he has laid himself bare on this album, admitting he "felt a lot freer and a lot less afraid of anything".

He went on to tell Lowe: "This is my favourite album, I love it so much, it was also made somewhat more intimately than anything.

"My favourite thing about it is, it just feels more like me – it's everything that I've wanted to make."

The hitmaker admits that he often tells himself something is "too scary" but it adds to the excitement of his project. 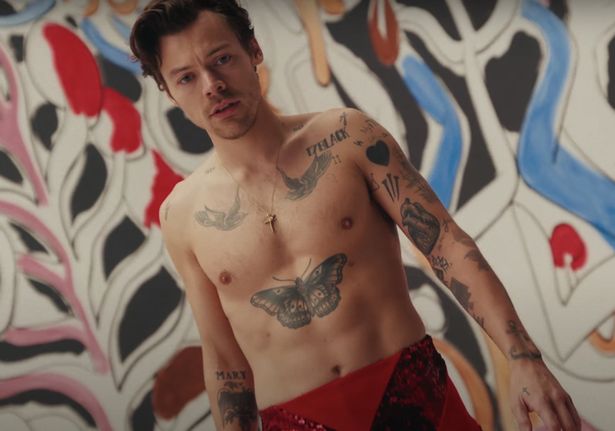 Former One Direction star Harry explained: "My instinct is usually 'That's too scary so I'm probably gonna say no', but that's also what's fun, it's the same thing with making albums or making a movie, it's obviously easiest to not do that."

His revelations come just weeks after he said he felt ashamed that people knew he was having sex during his boyband days.

Speaking to Better Homes and Gardens, he revealed: "For a long time, it felt like the only thing that was mine was my sex life.

"I felt so ashamed about it, ashamed at the idea of people even knowing that I was having sex, let alone who with but I think I got to a place where I was like, why do I feel ashamed? I'm a 26-year-old man who's single; it's like, yes, I have sex."

Harry also revealed that he burst into tears of happiness after leaving the band's record label due to "cleanliness clauses" that prohibited the One Direction lads from acting in certain ways and what they could say in interviews.

His third studio album, Harry's House is out May 20.

For more of the latest showbiz and TV news from the Daily Star, make sure you sign up for one of our newsletters here.