Phoebe Bridgers has been around, making music, for years. However, it was only just this year that she was nominated for Best New Artist at the Grammys, along with a few other categories. It’s well-deserved, of course, after she released her critically acclaimed second album, Punisher, in June 2020. While Bridgers’ sound has been much different from global pop star, Taylor Swift, Swift’s newer sound and collaborators align her more closely with Bridgers. There have been a lot more comparisons between the two as of late. What does Bridgers think about that?

Phoebe Bridgers has been making alternative rock music for years 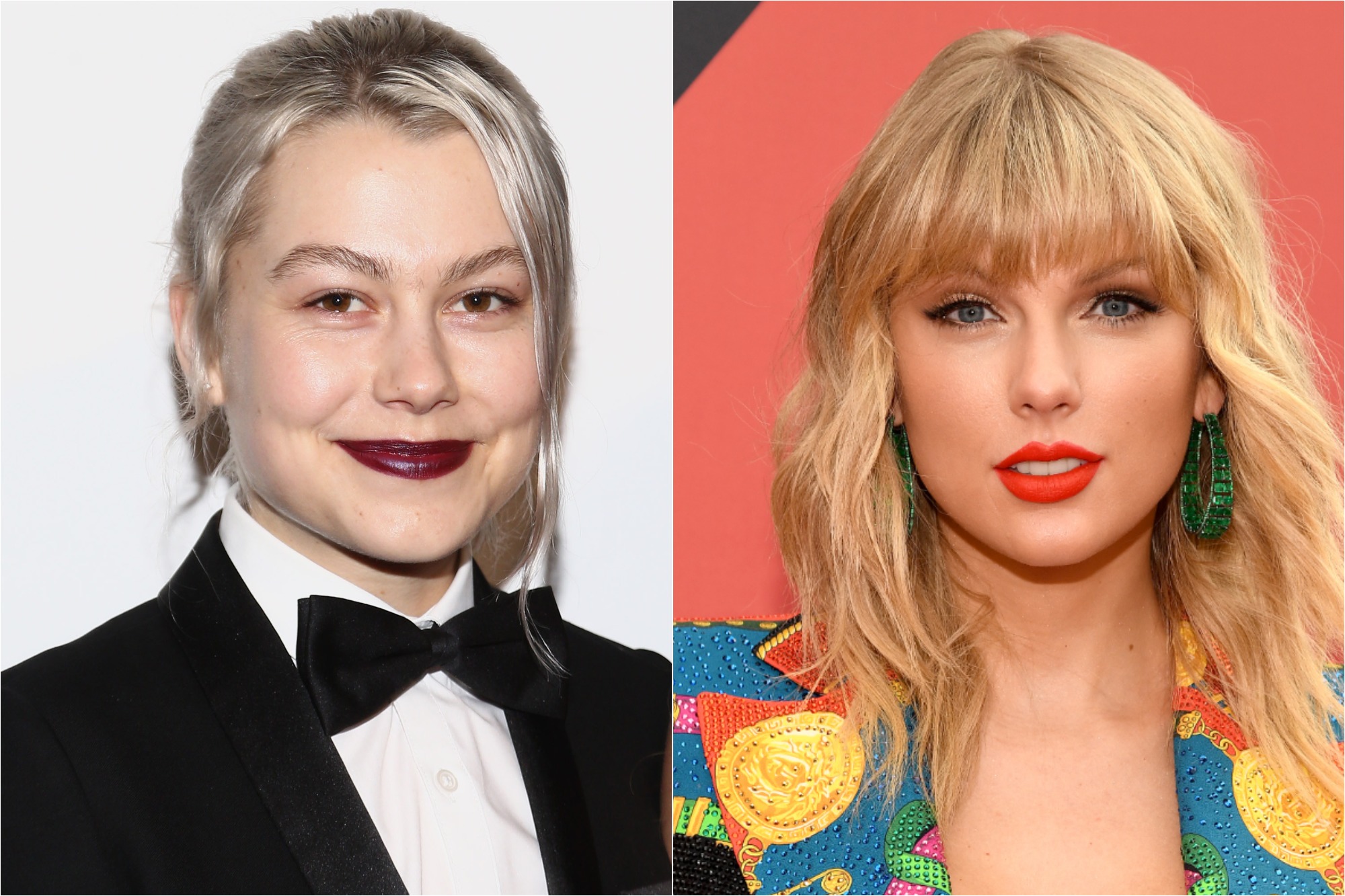 Bridgers is a 26-year-old musician from California who grew up performing music and went to a performing arts high school. And as her mom details in an article for Variety, she would perform at school music festivals, farmers’ markets, and other gigs. She’d gotten into Berklee School of Music for college, but because she wanted to get straight into her career, she dropped out before she really started.

Bridgers released her first album, Stranger in the Alps, in 2017, which included her most popular (and most viral song) to date, “Motion Sickness.” Then in 2020, she released Punisher which received a lot of great reviews. Some highlights include songs like “Kyoto,” “Garden Song,” and “I Know The End.”

Swift dropped Folklore a month or so later and, of course, was kind of in a world of its own. However, it was easy to be reminded of Bridgers’ music or her style of music while listening to Folklore. While they are still stylistically different, Swift leaned more into the alternative, folk-rock scene and worked with Aaron Dessner, Matt Berninger, and featured Bon Iver, artists that Bridgers had worked with before as well.

Bridgers is a fan of Swift and doesn’t mind comparisons

Again, they make completely different music. But Folklore could be a really distant cousin to Punisher on the right night. And both Bridgers and Swift have a way of digging into raw emotion through music that hits listeners right where it hurts. So it’s no surprise that comparisons rolled in. As Bridgers even read some tweets in a Consequence of Sound interview in December, Twitter users joked that “Taylor Swift is Phoebe Bridgers for people whose parents still love each other.” But Bridgers does not mind at all.

“That was my favorite one,” she said. “Or ‘Phoebe Bridgers is Taylor Swift for girls who have crumbs in their bed.’ I have crumbs in my bed, so it makes sense. No, I like those memes.”

In an interview with Nylon in January, she said that those comparisons to Swift were “totally fair and cool.”

“It used to be a shock to people that I liked Taylor Swift,” she said as well, noting that she is indeed a fan too. She said she would “love” to meet the “Love Story” singer in the future.

“I think she is the perfect example of the way that privilege is both really lucky, but also you have to be naturally talented,” Bridgers said of Swift. “And you have to be a great writer, and I’ve always thought she was.”

Both Bridgers and Swift are nominated for Grammys this year

As stated before, Bridgers received her first Grammy nominations this year at the 63rd annual awards ceremony. In addition to Best New Artist, Punisher is up for Best Alternative Music Album while her single “Kyoto” is nominated for Best Rock Performance and Song.

Swift is also performing at the Grammys, happening on March 14. While a collaboration isn’t in the cards (right now) maybe Swift and Bridgers will get to meet at the Grammys sooner rather than later.