Joan Baez played the final American concert of her five decade career at Port Chester, New York’s Capitol Theater on May 5th. She heads over to Europe next month for her final shows anywhere, wrapping up July 28th at Madrid’s Universal Music Festival. “I love Europe and my public over there,” she told Rolling Stone last month. “It’ll bring a nice closure.”

As always, her current show is packed with protest songs. When we spoke to her recently, she shared her five favorites and explained why they are so meaningful to her after all these years.

Traditional, “We Shall Overcome”
This is probably the greatest protest song ever written. It is an anthem that came out of some kind of depth. I think that is where really good songs come out of. It’s a meeting of politics and social change and music. The key question I’m not going to be able to answer is, “Where does a song like this come from? How does it emerge out of hundreds and hundreds of songs?” I don’t sing it much anymore. I just sing it in the context where it makes a lot of sense, but it’s like Woodstock. You can’t repeat those times. I sing it in countries that are under deep distress or totalitarian states. You sing it in a risky place and sometimes I think, “Sometime I should sing it here, too.”

Bob Dylan, “Blowin’ in the Wind”
The message in this is universal. I’ve heard German Boy Scouts singing it at a fire. It’s an anthem. If it wasn’t, people wouldn’t latch onto it. It has to do with the main line, “The answer my friend is blowin’ in the wind.” If they don’t know the song really well, they might know the line. It works because there’s a universality to it. As soon as you throw in something that gives it a time and a place it loses its breadth. 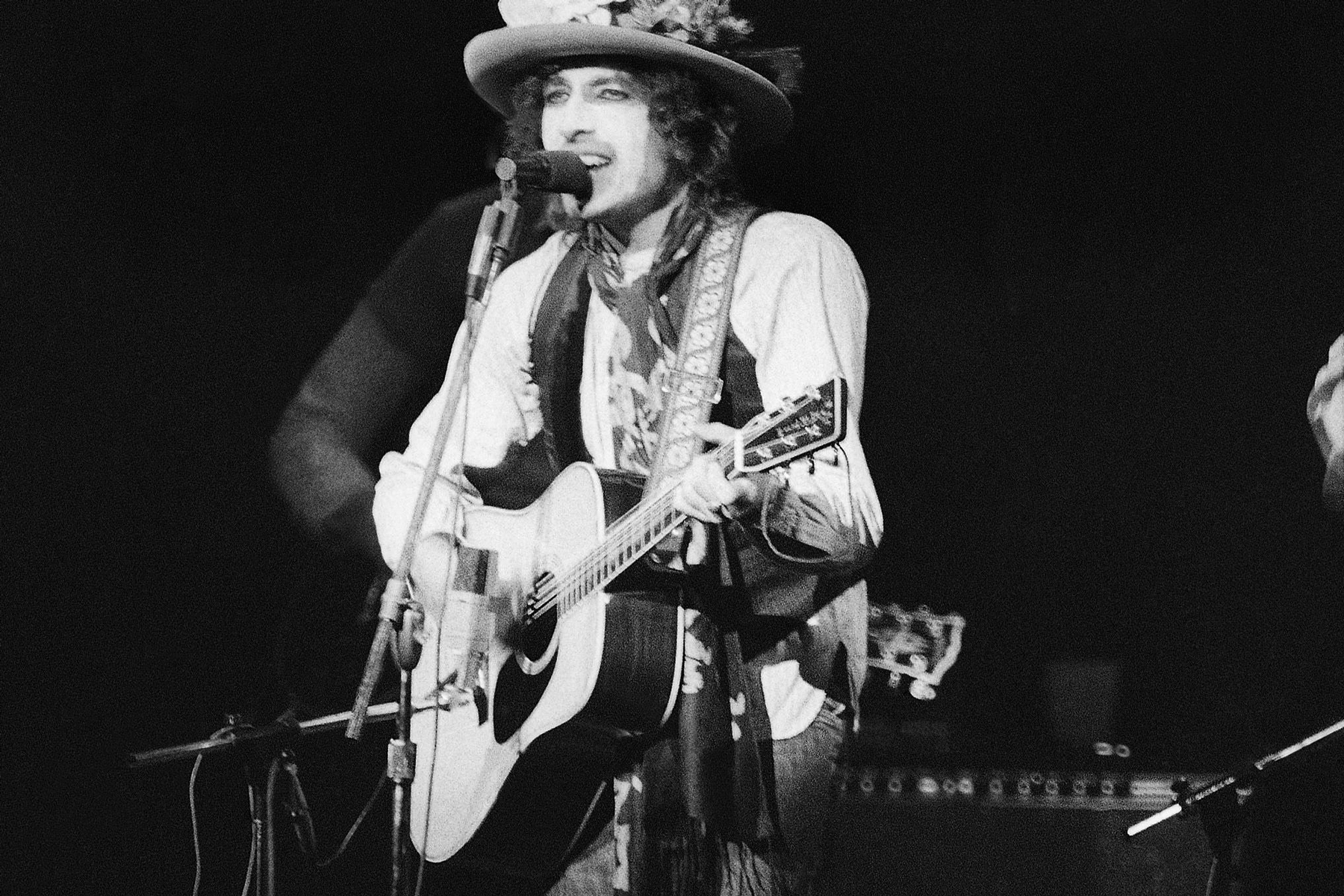 John Lennon, “Imagine”
I sing this on my current tour and people love it and they sing along. I love the song because it’s beautiful; It has a beautiful lilt and it’s easy to sing. Right now, I sing it with Grace [Stumberg], my co-singer. She’s become indispensable in my concerts. She carries the part of a melody I can no longer carry with a magnificent voice. People love it and clap in the middle of it every night.

Simon and Garfunkel, “The Boxer”
You could consider this a protest song even though Paul Simon wasn’t a political person. He did, however, make some meaningful changes in the world with South Africa and Graceland. This song just so singable. I’ll sing it at my concert right after “Imagine” and it becomes a protest song too. It takes on a whole new meaning.

Violeta Parra, “Gracias a la Vida”
This is an anthem and a change-maker that’s kind of become my own theme song. It’s a huge protest song and sung everywhere where people are living under a Latin-speaking dictator. It came out of a dictatorship and a woman living with disappearances and killings and torture. Instead of some song of outrage, she sang this beautiful song of thank you. She’s thanking everything. It’s crazy. She’s singing for the alphabet, for smiles and tears and small birds and big engines. Something in that has become magical. The chorus isn’t any words. It’s just, “La la la.” Anyone can sing it and they do.