During an interview, Yoko Ono said John Lennon commented on the 1960s in one of his solo songs. Yoko said the song made her want to cry. She said John was using the song to reach out “over the battlefield of dead families.”

Yoko then compared the 1970s to Nazi Germany. “I really think that what happened in the ’70s can be compared to what happened under Nazism with Jewish families,” she said. “Only the force that split them in the ’70s came from the inside, not from the outside. We tried to rationalize it as the price we were paying for our freedom.” Though she did not elaborate, Yoko could have been discussing the Vietnam War, which may have resulted in the deaths of over 3 million people.

Yoko then discussed the meaning of John’s single “(Just Like) Starting Over.” “And John is saying in his new song, ‘Starting Over,’ ‘OK, we had the energy in the ’60s, in the ’70s we separated, but let’s start over in the ’80s,’” she said. “John’s song makes me feel like crying.” 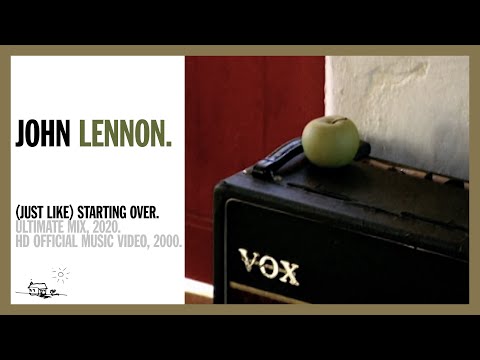 The way the world reacted to ‘(Just Like) Starting Over’

“(Just Like) Starting Over” became John’s final No. 1 hit on the Billboard Hot 100. The song was No. 1 for five weeks, stating on the chart for 22 weeks in total. “(Just Like) Starting Over” appeared on John and Yoko’s collaborative album Double Fantasy. Double Fantasy reached No. 1 on the Billboard 200 for eight weeks. It stayed on the chart for 77 weeks altogether.