Kanye West, now known as Ye, is breaking his silence on his impending divorce from Kim Kardashian West. The couple, who married in 2014 and share four children together, split sometime last year amid West’s public political campaign. Kardashian officially filed for divorce in Feb. 2021. Though the split appears to be amicable, West is seemingly having a difficult time coming to terms with the end. 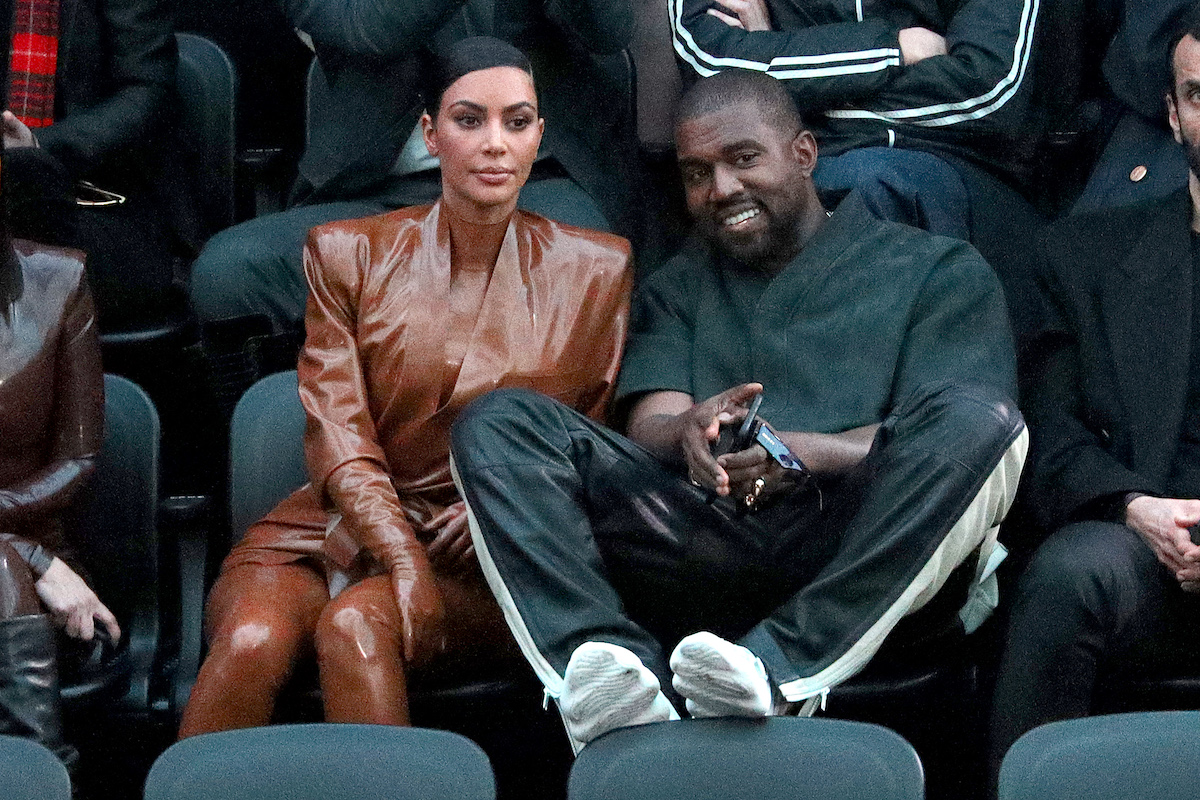 He recently spoke out about his desire to save his family, while also giving his take on why Kardashian has yet to pass the bar to become a lawyer. West believes certain people in Kardashian’s circle are secretly sabotaging her dreams, as well as her relationship with West.

West recently appeared on Revot’s Drink Champs. He discussed a handful of topics, including his marriage to Kardashian. One of the things that West spoke on was Kardashian’s legal dreams, which he says are being sabotaged by her own team.

West claims he overheard a conversation with her legal teachers in which they “started making bad suggestions.” “I was like, ‘Man this dude’s an idiot,’” he said. “They got an idiot training my wife. She[‘s] gonna fail the bar the third time…I feel like there’s people who might not want Kim Kardashian to become a lawyer. Because you know what happens if Kim Kardashian becomes a lawyer? That shirt gets a little bit higher, that cleavage gets a little bit more covered up.”

He says the driving force behind Kardashian’s team not wanting her to succeed in law is their fear that women will progress to a certain caliber. “There’s people that don’t want her to affect these women in that way. They want her to affect them in that other way [and not push legal careers],” he said. “They could put a lawyer [with her] that give you all the right things and just enough wrong things that you miss your test by this much. [And they’ll say,] ‘You’ll get ’em next time.’”

The rapper says he wants to save his family

West also says he wants his family back. But Per the DONDA rapper, there are “plants” in Kardashian’s ear who are pushing for her to divorce him. He previously said he feels Kardashian’s publicist is one person who is against him.

“Hey Kim, oh, don’t listen to Ye, he’s so crazy,” he speculates people may be saying to the SKIMS founder. “But at the end of the day, I ain’t got the paperwork yet,” he said, adding, “so I’ma come on this joint and try to save my family and keep my family together.”

In a previous clip from the same interview, he shared similar sentiments, expressing his desire to keep his family as one unit. “I ain’t never even seen the papers, we’re not even divorced…That ain’t no joke to me. My kids want their parents to stay together. I want us to be together.”

West’s comments come amid Kardashian being spotted out with SNL star Pete Davidson. Kardashian revealed in the series finale of Keeping Up With the Kardashians that she grew unhappy in her marriage. During the reunion special with Andy Cohen, she said that overall lifestyle differences drew them apart.