Liam Gallagher and Noel Gallagher have been at each others throats since before Oasis split up back in 2009. In recent months, it’s become clear their animosity towards each others hasn’t mellowed much (if at all) with time. In the latest in a string of tit-for-tat swipes, the younger Gallagher brother made a jibe at the expense of his older sibling.

Liam was busy engaging with and replying to fans on Twitter when one sent a picture of Oasis performing back in the day.

The snap saw Liam in the background, staring at Noel as the latter sang during a live performance.

“What were you thinking here? You look angry,” the Twitter user commented.

Liam was quick to respond, seizing the opportunity to take a stab at Noel. 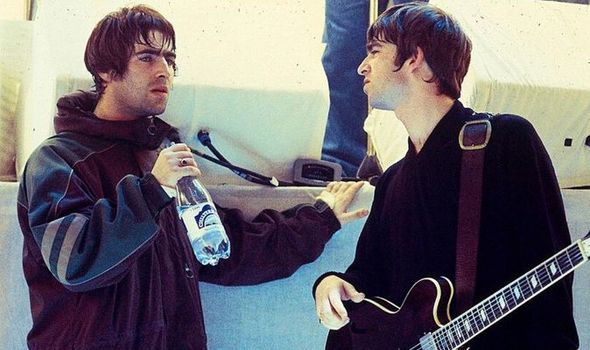 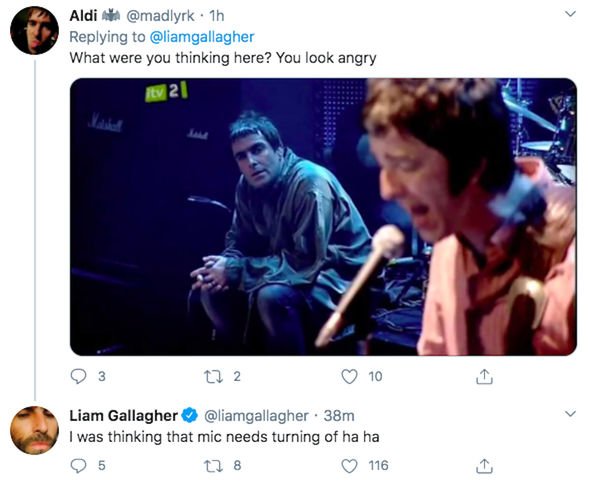 “I was thinking that mic needs turning off ha ha,” he quipped.

The Once hitmaker is no stranger to mocking his older brother and has recently taken to slamming his new Noel Gallagher’s High Flying Birds material.

Earlier this week, Liam joked the coronavirus lockdown would only be made worse by the addition of Noel’s music.

“The only way this lockdown can get any worse is if the ice cream vans start bitting round the streets blasting Rkid’s new tunes out,” he tweeted his 3.2 million followers. 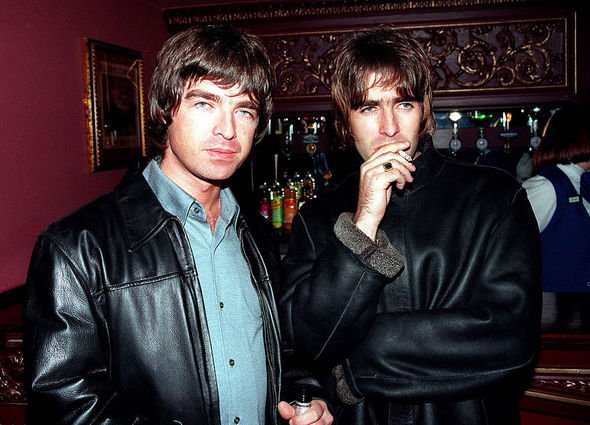 The mockery is one-sided, though, and Noel has given as good as he’s got when it comes to insults about post-Oasis output.

Following Liam’s recent claims that an Oasis reunion was on the cards, he took to Twitter to hit back.

“I’d like to point out AGAIN that I’m not aware of any offer of any amount of money to reform the legendary rock ’n’ roll outfit Oasis,” he told his 1.2 million followers.

“I think someone has still someone else’s tunes to promote,” he added. “So that’s maybe what’s causing the confusion.”

In a recent interview with NME, he claimed an offer had been “booted about” of late, after previously saying Noel had turned down £100 million to get the band back together.

“It’s gonna happen very f***ing soon,” he said. “Because [Noel is] greedy and he loves money and he knows that it’s got to happen soon or it won’t happen.”

As the coronavirus continues to spread around the world and concerns about the pandemic grow, Liam has begun to campaign for a reunion in aid of charity.

This week, he once again used Twitter to reach out to his brother, this time asking him to consider a reunion with proceeds going to the NHS.

“I DEMAND an Oasis reunion after this is all over all money going to NHS c’mon you know. As we were.”

Noel has maintained he hasn’t been approached with any formal offers to get Oasis back together and appears set against the idea of revamping the group.