Mick Jagger and George Harrison weren’t the closest of friends, yet Jagger recognized what kind of person the ex-Beatle was. The Rolling Stones’ frontman hit it on the nail; George was a pretty complicated person. Here’s what Jagger had to say about George.

Mick Jagger thinks George Harrison was ‘quite a complicated person’

In a special edition of Rolling Stone, “Remembering George,” Jagger looked back at his relationship with George. Ultimately, Jagger saw many different sides to the ex-Beatle.

“George deserves recognition,” Jagger said. “He was always rather overshadowed, there’s no other way of putting it, by John and Paul. I mean, to call him ‘the quiet Beatle,’ it’s like some dopey publicist made that up in 1964. And, of course, he was quite a complicated person.

“When you say, ‘Oh, the quiet Beatle,’ it’s like, ‘Oh, yeah, OK, he sits in the corner.’ And he wasn’t really that. He was very complex and he was very charming and friendly. I notice that Bob Geldof called him curmudgeonly, which is true…”

So, Jagger would agree with George’s friends, musicians Paul Simon and Tom Petty, who have both wondered about George’s nickname. 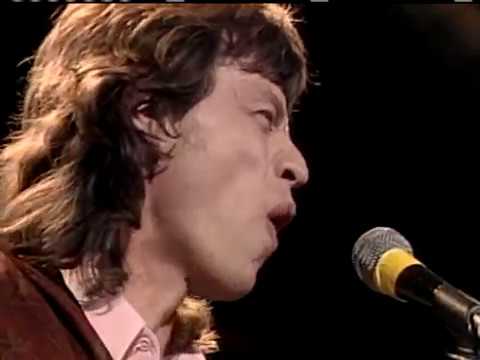 Jagger thought George could be ‘quarrelsome’

If George wasn’t quite, as the press would have fans believe, what sort of person was he? Jagger said George could be “very friendly, but he also could be quite quarrelsome at times.”

“He had a side of him, which, if he felt you deserved it, so to speak, would lash out at you,” Jagger explained. “But I’m talking about when he was much, much younger; I never saw that side of him later on in life.

“But when he was the young man around town, I used to see him a lot. We used to see each other in nightclubs and so on and be drinking buddies.

“I suppose what I’m trying to say is, he wasn’t just a retiring person only, in my mind. He could be funny and charming and also quite acerbic. He had the sort of quality that normally people would associate with John.” 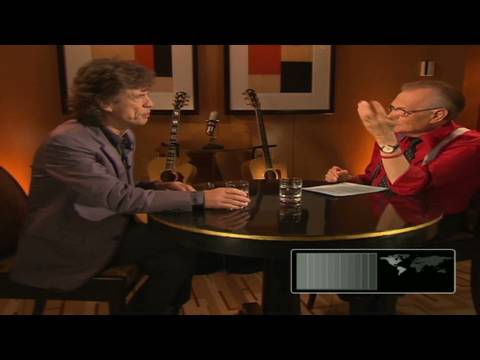 In the 1960s, George was one of the first musicians to become spiritual. He introduced what he called “minority music” to the Western world, and it wasn’t a fad. George kept his love of spirituality and Indian music for the rest of his life. Jagger thought that was commendable.

“And then, later, George developed this other side to him. He very much concentrated on the spiritual side of his life, and it was more than a passing fancy. It looked like it was a sort of faddish thing at the time, but it stayed with him.

“You got the feeling that most people were dabbling in spirituality, but for George it was perhaps the major part of his life once he discovered it. And it’s very easy to ridicule someone who does that, and he was ridiculed, there’s no doubt about that, especially in England, for being like that.

“But he did follow through on the courage of his convictions. He stayed with it and never rejected it. And, of course, he made mistakes-anybody following this who was one of the first people of a generation to do that would make mistakes-but not any glaring ones. You’ve got to start somewhere.”

George was a bit of an enigma; Jagger’s right about that.