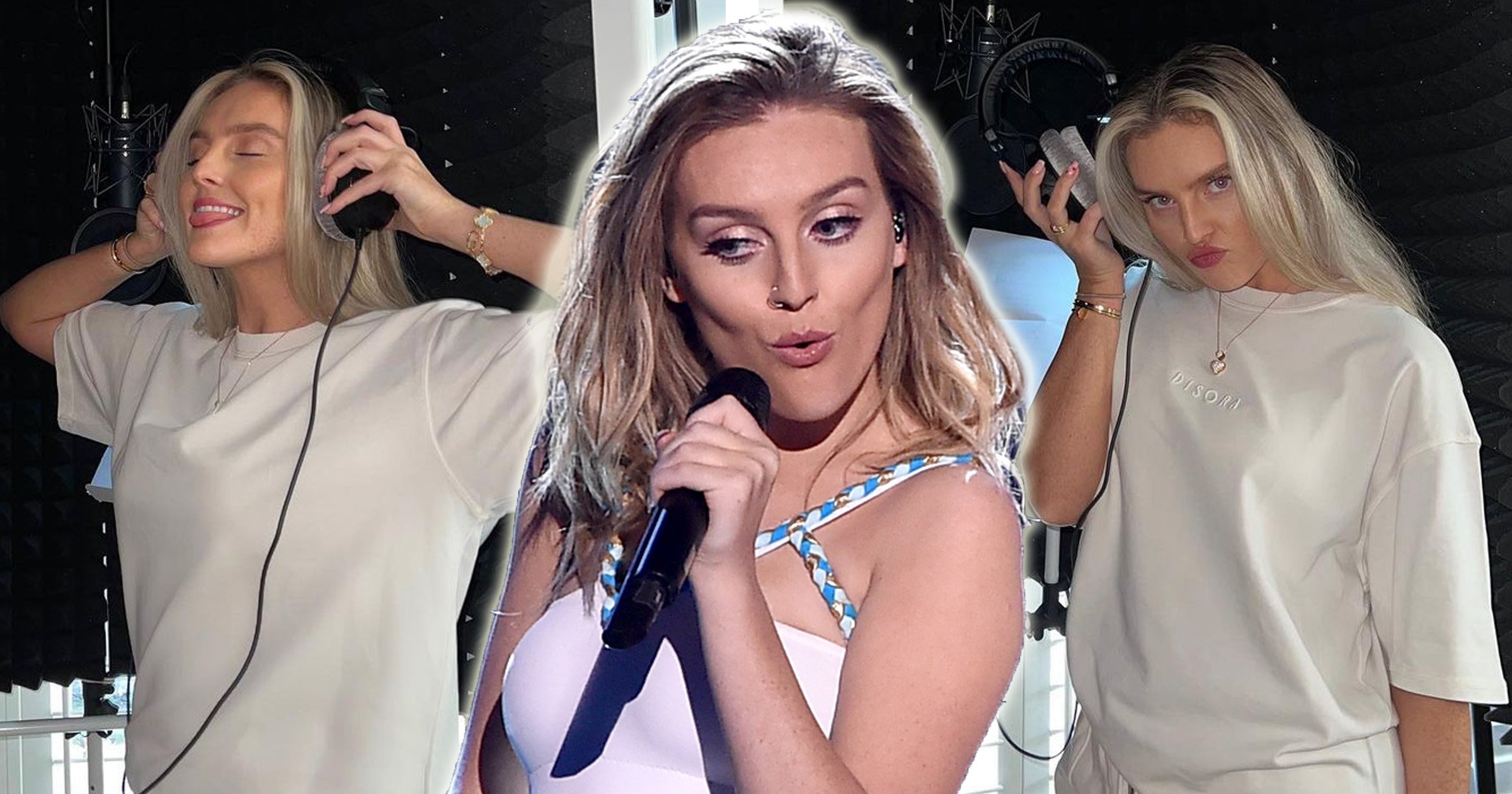 Perrie Edwards fans reckon a solo album is imminent, as the Little Mix star shared some exciting new snaps from the studio.

We could not be more ready.

The singer, who’s just dropped her new clothing range, shared various photos and clips as she worked in the studio, looking like she’s having an absolute blast.

It’s not the first time she’s hinted at a solo album, as she was previously seen hitting up the studio with singer Kamille.

While Little Mix announced last year that they would be taking a break from the band, all of the girls have stayed booked and busy, with Leigh-Anne also set to bless us with new music after signing to Warner Records.

The company confirmed the news, tweeting: ‘Delighted to welcome Leigh-Anne Pinnock to the Warner Records family!’

Meanwhile, a source told The Sun: ‘She’s already been in the studio working on tracks for months.

‘Leigh-Anne unequivocally loves Little Mix and always will, but the truth is she’s been ready to branch out on her own for some time.’

Little Mix are due to take a break after their Confetti tour, but promised that the girl group will be ‘forever.’

A message on their official Instagram page read: ‘We wanted to let you all know that after the Confetti tour in April/May next year we are going to be taking a break from Little Mix.

‘It’s been 10 amazing years, a wonderful non-stop adventure, and we feel the time is right to take a break so we can recharge and work on some other projects.

‘We can’t thank you enough for your love and never-ending support since the beginning. We love you all SO much.’

In 2020, Jesy Nelson left the group after nine years, with the star later releasing her solo single Boyz.