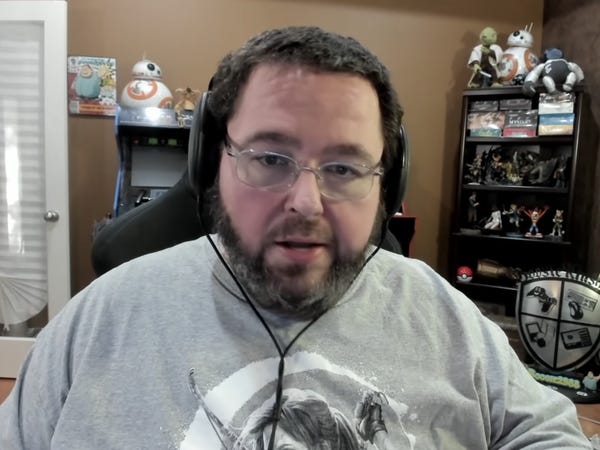 A shooting that occurred at YouTuber Boogie2988's home is under investigation by Fayetteville, Arkansas police, Motherboard reported. In a video following the incident, Boogie, whose real name is Steven Williams, said that he had fired a "warning shot" at Frank Hassle, providing limited video of the incident that appears to show Hassle threatening him at his home.

A spokesperson for the Fayatteville police did not provide more information to Motherboard, saying that there was currently an "active investigation" into an incident at an address that matches photos that Boogie and Hassle posted of the incident. The spokesperson told Motherboard that officers "did respond to a shooting" at the address at 3:22 p.m. local time.

Boogie, whose real name is Steven Williams, posted a video regarding the incident on Monday titled, "Confronting a Stalker – Do Not Come To A YouTuber's House." In it, he said that he had to be careful about what he said because "this is now a criminal investigation," and that he was trending on Twitter because a stalker came to his home.

"Long story short, several months ago, this guy decided that it was his decision to start stalking me and harassing me, threatening me mentally, physically, threatening to come to my home, threatening to harm me when he did," Boogie said in the video. "Unfortunately, on Saturday this gentleman decided to drive over a few states to show up in northwest Arkansas and started taking photos in the area to prove that he was here and calling me names on Twitter and tagging me in it."

On September 27, Hassle tweeted a photo with the caption, "i'm in Fayatteville p—y," directly tagging Boogie in the tweet. That day, Boogie tweeted a SimpliSafe surveillance video that appeared to show someone ringing his doorbell, saying in a later tweet that it was "possible" that the person wasn't affiliated with Hassle. Boogie has made social media posts publicly telling Hassle to not come to his house.

"I made it abundantly clear to him and anyone else that would listen that he was not welcome in my home, that because of his previous threats that I would pull a gun on him, and today he decided to show up, and so I did exactly that," Boogie said in the YouTube video he posted. "I pulled a gun on him, I told him to leave my property, I told him that I felt threatened, I fired a warning shot so that he would leave. After firing the warning shot, he did."

Hassle was banned from YouTube earlier this summer, and Motherboard reported that he has been harassing and threatening Boogie for weeks on social media. Hassle tweeted photos and videos regarding the incident that showed him in front of Boogie's home and included derogatory statements like, "i took the gun and made him suck it like a d–k while the whole neighborhood watched." He also said on Twitter that "the full encounter will be edited n released by me."

In the YouTube video addressing the situation, Boogie released footage that he said had already been released to Keemstar, a YouTuber who has been documenting the "drama" and initially broke the news on Twitter, saying that Boogie had shot a gun at a "white male that went to his home."

In the footage that Boogie posted on YouTube, Hassle appears to stand in front of Boogie's door, yelling, "Come on you f—ing p—y, what's the deal? Where's the gun at, you fat f—-t. Open fire! Open fire!"

In the video, Boogie said that he had turned the rest of the footage, which he was unable to publish on YouTube due to it's terms of service, over to the police.

Frank Hassle did not immediately respond to Insider's request for comment.