Perhaps the mark of a truly great rock band is more than the music they create or the gigs they perform — it’s the way they deal with a crisis.

Case in point, England group Radiohead, widely considered the most influential and forward-thinking rock band of the past 20-odd years. It was recently revealed that a hacker had tapped into the band’s computers, and downloaded 18 hours of their unheard music and was effectively holding it hostage, demanding, allegedly, some $150,000 for its return.

Radiohead’s response? "Instead of complaining — much — or ignoring it," guitarist Jonny Greenwood tweeted, "we’re releasing all 18 hours on Bandcamp." 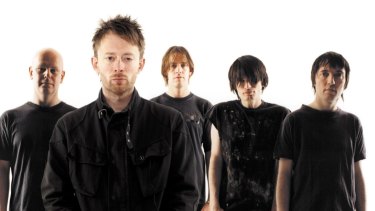 They beat the hackers at their own game, essentially, making the material — sonic sketches and works in progress from their trailblazing 1997 album, OK Computer — available for the bargain price of $23, even though Greenwood admitted the music "was only tangentially interesting — and very, very long". Problem solved.

Of course, this is the band that turned the music industry on its ear by offering their 2007 album, In Rainbows, as a pay-what-you-want digital download. When asked how the experiment worked out for the band, singer Thom Yorke admitted "we sold less, but made more". So they have some form. (I happily parted with 20 quid, by the by.)

So how have other big bands fared in this kind of situation? The most controversial case was that of "Napster v Metallica", in 2000, when Metallica took on the music sharing service over a leaked song called I Disappear. The band proved to be as aggressive in court as on stage and sought $10 million in damages. While a settlement was reached and Napster was forced to remove all copyrighted Metallica songs from their system, it put a hefty dent in Metallica’s reputation as a band of the people.

Perhaps their biggest mistake was the submission of a document that listed the names of 335,000 users who’d accessed their music via Napster, asking that they be banned from the service. As one former fan said at the time, "Some artists are in it for the pure art of music. Others are in it for the money. Metallica just showed which side of the line they’re on."

Napster’s founder, Shawn Fanning, responded by wearing a Metallica T-shirt when he appeared on the 2000 MTV Video Music Awards. Napster, however, was eventually shut down in 2001.

And Radiohead? All the proceeds from the sales of the OK Computer-era music will go to an organisation called Extinction Rebellion, actively fighting climate change. Now that’s what I call responding to a crisis.

Jeff Apter is writing a biography of AC/DC’s Malcolm Young.