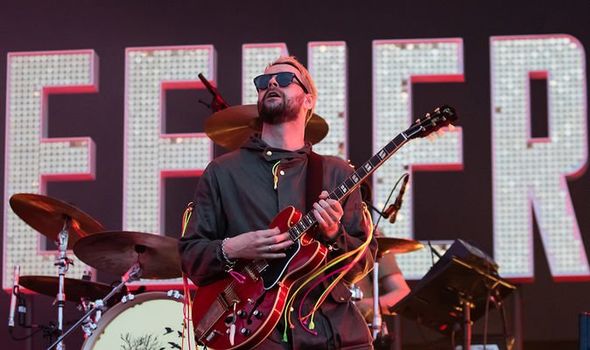 REVIEW BY HANNAH BRITT: A little mud never hurt nobody. And it’s just as well because The Courteeners’ Heaton Park gig was part festival, part swamp. I saw the pictures of Parklife, which took place in the Manchester park a week earlier, and took wellies. As it turned out I should have taken a small boat too. But if anyone minded the mud, they didn’t show it, happily drinking paper cups of wine while cult rock band James warmed them up. When The Courteeners themselves took to the stage, front man Liam Fray seemed genuinely touched at the turnout. It was the Mancunian band’s biggest gig to date with 50,000 in the crowd.

Bleach blonde, bearded and looking out from behind dark Ray Bans, as he spoke the men around me swooned in unison.

My boyfriend was among them. Most days he can’t decide whether he wants to be him or be with him.

Kicking off with Are You In Love With A Notion?, Acrylic and No One Will Ever Replace Us, The Courteeners ignited a high octane set. 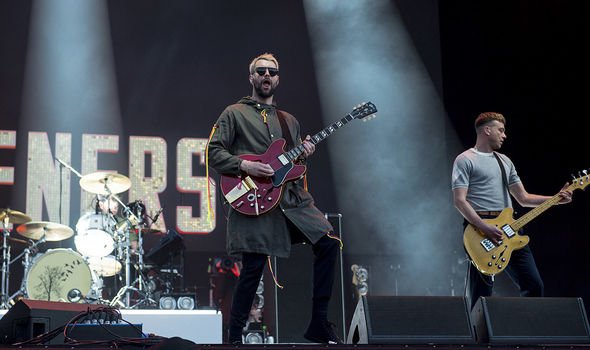 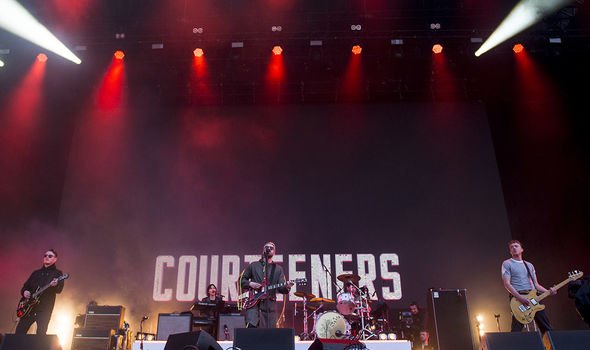 But the band didn’t get far before technical issues stopped play.

“It’s like that f***ing Strokes gig when you couldn’t hear anything,” joked Liam of the infamous sound hiccup during the Strokes live set at London’s All Points East festival a few weeks before, when fans raged about the speakers.

Perhaps it was the wine, okay wines, but from where I was stood The Courteeners sounded just fine.

The beautiful Small Bones and summery Bide Your Time were particular highlights, as were Modern Love and Cavorting. Before the encore, an acoustic rendition of Hanging Off Your Cloud was fantastic.

But the song of the night was, somewhat predictably, You’re Not Nineteen Forever, during which the crowd danced so hard there wasn’t a face left without a splattering of mud.

There were flares, there was nudity, there were suspicious looking cups of yellow liquid flying at speed through the air. It was dirty. As all good gigs should be.

Ending on What Took You So Long, the band rounded off a truly triumphant homecoming show. Heaton Park gigs are brilliant. They’re loud, they’re raucous. And The Courteeners one was no exception.

Indeed it was so good, I almost didn’t mind the 90-minute hike back to the city centre once it was over.

The Manchester boys did good.