Russell Brand's wife Laura Gallacher has opened up about their relationship after rekindling their romance five years ago.

The comedian-turned-activist and his wife began dating during their teenage years before breaking things off and reuniting decades later.

Laura, who shares two daughters with her husband, revealed they decided to give their relationship another shot when they bumped into each other by a canal.

Speaking about their time together, the 33-year-old said they were in a "completely different place" when they first met during their earlier years.

Laura lifted the lid on the history of their highly private romance on the Made by Mammas podcast. "When we first met we were both in a completely different place," she said.

She admitted: "I hadn't seen Russell for years… I came down the steps to the canal and Russell was standing there.

"We both immediately knew it was going to be serious." 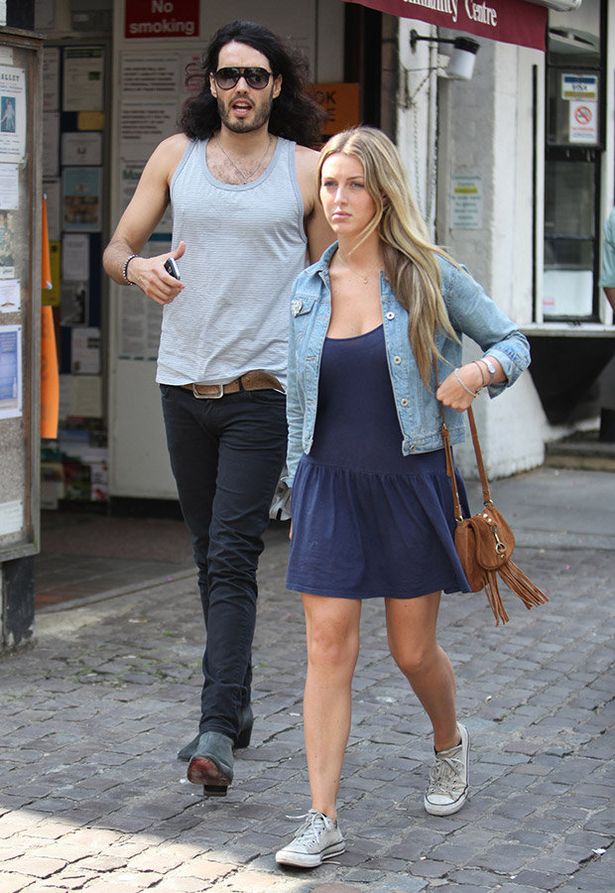 His wife added that she told him: "I think I just want to be a mum."

Following his divorce from singer Katy Perry in 2012, Russell reconnected with Laura in 2015.

Their first daughter Mabel was born in November 2016, and the couple married in Henley-on-Thames on 26 August 2017.

In July 2018, the pair had a second daughter named Peggy. She continued: "I never imagined we would be sitting there having this conversation, so much time has passed but I have a deep appreciation and love for this person even though I don't know this person now. He was so different."

Speaking about the moment her husband found out, she said: "He really wanted to become a father. He dropped to the floor and he was just absolutely over the moon."