More than 100 bands and solo artists will showcase their talents in Melbourne next week as part of the Changes Summit, which has its headquarters on July 3 and 4 at the Abbotsford Covent.

Exploring music technology, ideas and where the future of music is going, Changes will host a huge array of guest speakers, forums, masterclasses and networking opportunities and bring musicians from Melbourne, interstate and abroad into the conversation. 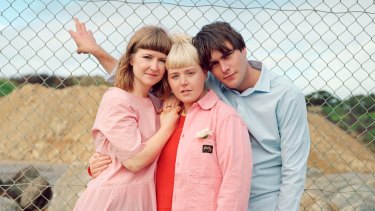 Designed for musicians, managers, label owners and anyone with a keen interest in the music industry, including fans, the second annual Changes is a collaboration between The Push, Yarra City Council, Music Victoria and more. Topics around technology include the way music is recorded and distributed, revealing new ways of engaging with artists and labels and how to adapt and stay ahead in a changing music business.

At night Changes will shift focus to the bright lights and sounds of the stage, including live venues Bar Open, Laundry Bar, The Fitz, The Old Bar, Labour In Vain and more for a mouth watering choice of performances from Loose Tooth, Gena Rose Bruce, Fenn Wilson, Hexdebt, Mojo Juju, Palm Springs and many, many more.

Changes Summit is an all-ages event with concession tickets available. All live showcases at licensed venues are strictly for attendees aged 18 and over. Check out the Changes playlist on Spotify to get in the mood. For more information and tickets to Changes, go to changes.melbourne

album of the week
The Black Keys
Let's Rock
(Nonesuch)
★★★
It took five years apart and several collaborations on recent albums, but on their ninth LP Dan Auerbach and Pat Carney have dumped the keys and honed in once again on just the drums, guitars and having fun making rock 'n' roll. There was no danger of anybody tampering with the ideas they banged out in the studio either, with the pair co-producing these 12 tracks. Opening songs Shine a Little Light and Eagle Birds chugg along with a rock swagger more akin to early Black Keys than anything of late but in the back half, while there's loads of groove, it lacks any sense of focus.