Country legend Tanya Tucker returns this summer with the album While I’m Livin’, which marks her debut for Fantasy Records. Produced by Brandi Carlile and Shooter Jennings, the album consists mainly of songs penned by Carlile and her longtime collaborators, twin brothers Tim and Phil Hanseroth. “It’s a musical biography of sorts, about Tanya’s real life and the places she’s seen, and it’s narrated by the greatest country-and-western singer this side of Johnny Cash,” says Carlile of the project, the first collection of new songs from Tucker since 2002’s Tanya (the covers album My Turn was released in 2009).

A native of Seminole, Texas, and a longtime equestrian, Tucker illustrates Carlile’s assertion effectively, imbuing “The Wheels of Laredo,” the wistful first release and music video from While I’m Livin’, with equal parts “country” and “western.” Tucker’s still-strong voice finds its emotional center in this affecting ballad as she sings, with grit-tinged regret, “If I was a white-crowned sparrow I would float upon the southern skies of blue/But I’m stuck inside the wheels of Laredo, wishing I was rolling back to you.” 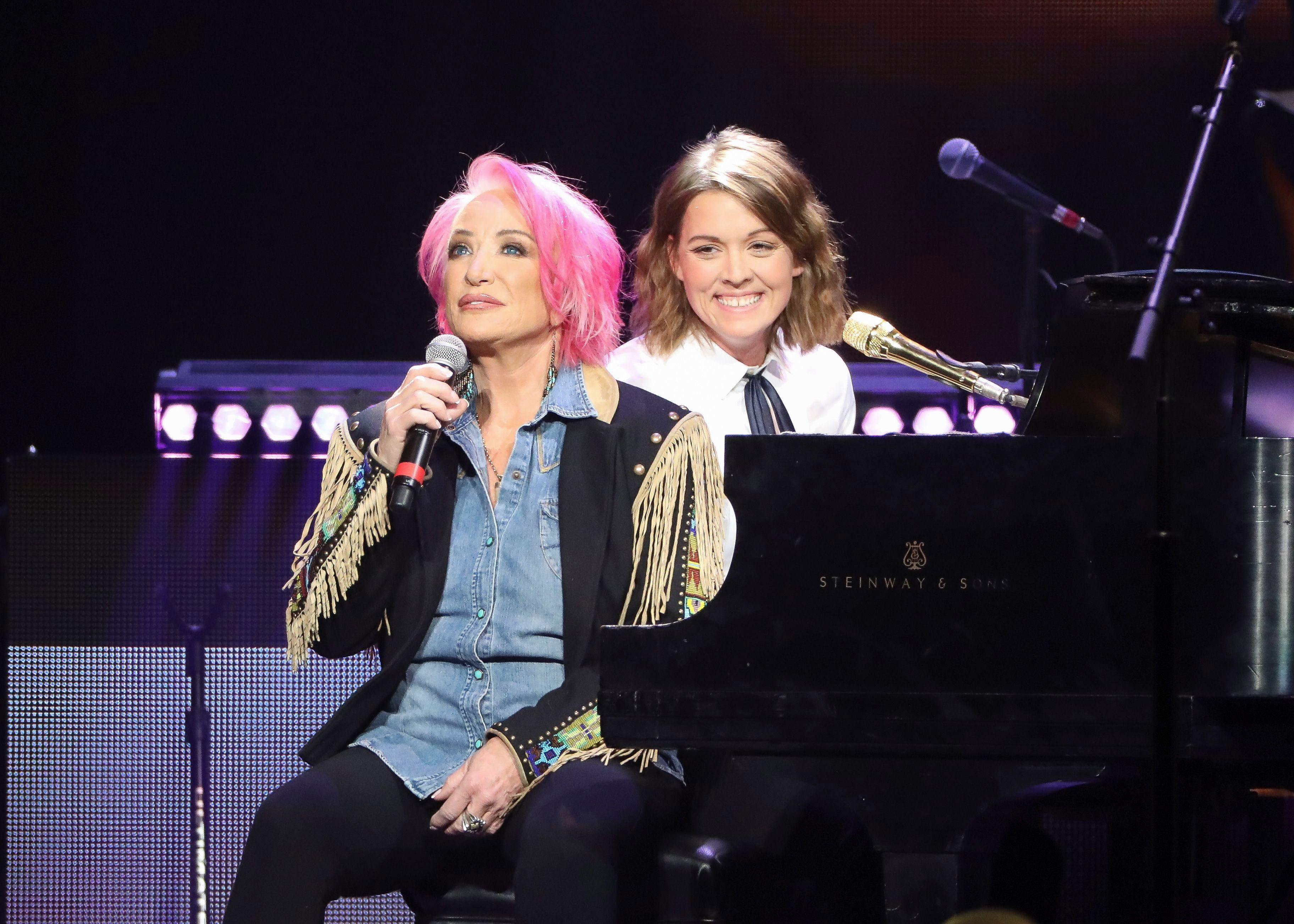 Carlile and the Hanseroth brothers also collaborated with Tucker to write the album-closing song “Bring My Flowers Now.” The handful of covers on the album include Tucker’s version of the award-winning Miranda Lambert hit, “The House That Built Me.”

A 10-time Grammy nominee who has taken that same number of memorable hits — including “What’s Your Mama’s Name,” “Blood Red and Goin’ Down,” “Here’s Some Love” and “Strong Enough to Bend” — to the top of the country charts, Tucker will perform with Carlile on Tuesday night’s CMT Music Awards. She’s also scheduled to perform a free show this Saturday, June 8th, at Spotify House at downtown Nashville’s Ole Red venue. While I’m Livin’ will be released August 23rd and is now available for pre-order.