If you love jamming out to Christmas music — even in September — Kelly Clarkson has big news for you. The singer took to Instagram on September 15 to announce her new Christmas single debuting on September 23. “Y’all know I’m obsessed with Christmas and that’s why I’m so excited to announce my new single, ‘Christmas Isn’t Canceled (Just You),’ is coming out September 23rd. Pre-save it right now. You’re gonna love it,” she said in her clip.

The announcement and song title sent fans into overdrive, as many assume the “canceled” part is referring to her ex-husband Brandon Blackstock. Clarkson filed for divorce in June 2020 and reportedly has to pay Blackstock $200,000 every month in “spousal and child support,” according to a July People report. Comments on the song poured in, and one fan wrote, “Haha LOVE the title! Excited to hear this one!” Another added, “We’ll (sic) doesnt that just have the right balance of ‘southern sass’ and festive feeling. #eyeroll.” One chimed in with, “THE SHADE LOL.” Fans are clearly more than ready for this tune.

It’s obvious that Clarkson turned her heartbreak into song, but what’s really going on with her love life? Keep reading for more details. 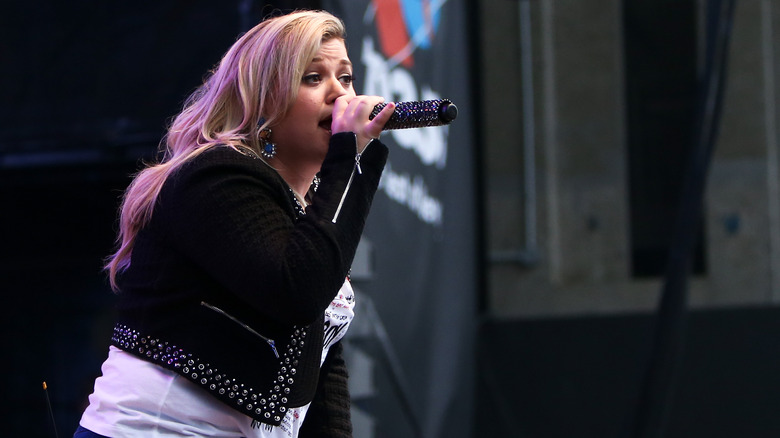 Kelly Clarkson may be “Miss Independent,” but it looks like she’s ready to find love again.

However, she wouldn’t officially start dating again until her legal issues with ex-husband Brandon Blackstock are wrapped up, according to an August Us Weekly report. “She hasn’t been dating and has been waiting until she is legally divorced, which will be in the next two weeks,” a source told the outlet. As for meeting Clarkson’s requirements, this person needs to have a musical background. “She wants a younger, up-and-coming country singer [who] understands the business,” the source added.

When it comes to marriage, that’s off the table, according to E! News. Clarkson chatted with Gwyneth Paltrow on a March episode of “The Kelly Clarkson Show,” per the outlet, where they discussed the actor’s second marriage to Brad Falchuk. Clarkson also dropped a bombshell about the possibility of walking down the aisle again: “Coming from someone who’s literally amidst a divorce, I can’t even imagine doing it again.” Despite Clarkson’s thoughts on marrying again, it seems like she doesn’t plan on being single for long!