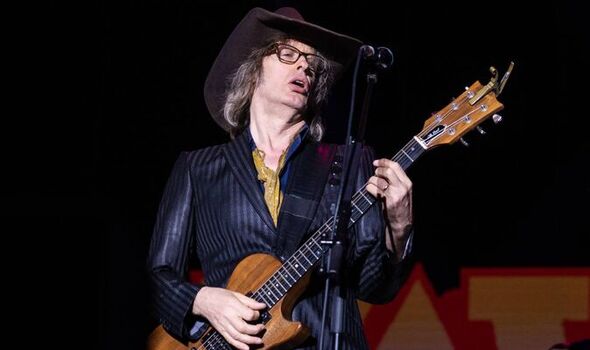 “John Dunford, my co-producer, engaged a local guy called Noel to cook for us,” singer and guitarist Mike tells me. “He was a likeable bloke; he’d turn up in the control room with trays of alcohol. But apparently, we weren’t paying him enough attention. We weren’t being rude – we were just working flat out. And in the end, he got fed up with us.”

We’re used to temperamental chefs of course, but you wouldn’t expect to see what happened next on reality TV, let alone in the wild west of Ireland.

“On payday, he went out and got very drunk and then came back with a shotgun looking for John. He chased a roadie and fired over his head. The roadie ran towards other people, John came out, grabbed the gun and broke it over his knee.

“I was in the studio cheerfully recording a vocal, when I heard the commotion. When I came out, they were all outside with the chef looking shifty and swivel-eyed.”

Dunford told him to go, using language more associated with Chef Ramsay, but he didn’t take it in. Mike laughs, “He just said, ‘Do you want me to go and make dinner now?’.”

It’s not the sort of story you’d expect from a man like Scott, who is renowned for embracing life’s spiritual side. But the Edinburgh-born star is full of surprises. 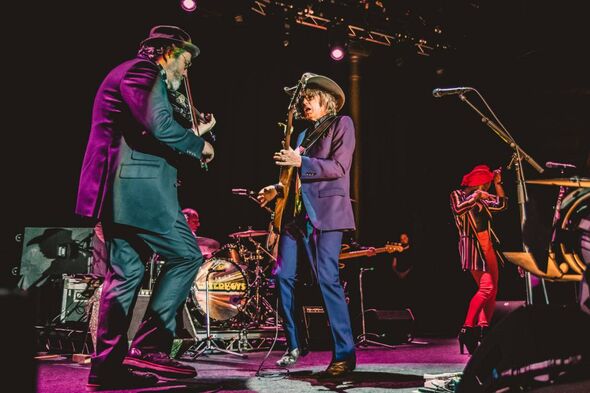 When I ask him what he’s proudest of, he initially cites rolling and sharing joints with Bob Dylan; later amending his answer via Twitter to the Waterboys’ cover of Leonard Cohen’s Passing Through on new album, All Souls Hill.

What was Bob like? “He was fun, a funny guy; he liked jokes and tall stories,” Mike, 63, tells me, his Scottish burr undiminished by his many years in Ireland. “He seemed very shy. We were in a house he’d rented in Holland Park, West London. It was a real ‘pinch yourself’ moment – Bob Dylan smoking a reefer I’d rolled…and then me smoking one he’d rolled.”

They’d connected through Dylan’s love of Mike’s mystical, Prince-inspired anthem The Whole Of The Moon – the Waterboys’ best-known song. Although it conked out at 26 in 1985, the single – written and produced by Scott – went platinum in 1991 after becoming an underground hit on the rave scene in the Balearics.

Cover versions blossomed. Mike’s favourite is the risqué gay disco take by Boys Of A New Age, programmed by John Springate, the bass player from the Glitter Band. “It starts with a repetition of the second line, ‘You held it in your hands’, which alters the meaning and really made me smile.”

Graham Norton’s Father Noel did a hilariously mangled version on TV’s Father Ted, and Prince famously played it as a piano ballad at his intimate 2014 London show at Ronnie Scott’s.

U2 have used the number as their walk-on music; Brandon Flowers of The Killers dubbed it “one of the finest songs I’ve ever heard.”

Mike grins. “The Killers played it at a big open-air show in Dublin; our backing singer Jess, who’d just woken up, heard it and thought she’d missed a gig.”

Other fans include Sir Tom Jones who covered Scott’s This Is The Sea last year. Ellie Goulding recorded How Long Will I Love You, and Game Of Thrones star Emilia Clarke sang a version of Fisherman’s Blues in the 2013 Jude Law film, Dom Hemingway.

That song was the title track of their 1988 album, which was arguably Scott’s biggest gamble. He ditched the Waterboys’ earlier, grandiose “Big Music” style and turned to simpler folk and country.

“It was rock’n’roll with acoustic instruments, with a fiddle and a mandolin” he says.

Some critics sneered but it was their first album to go gold. “I remember Mick Jones from the Clash telling me back then that I should get synthesisers. I replied, no, it’ll be mandolins and bouzoukis.”

Mike reminds me that we’d first met in Edinburgh in the late 70s, surviving the manic driving of his late manager Johnny Waller and bonding over our mutual love of the lairy London punks. He still rates the Clash as “magnificent”, and wrote the song London Mick about Jones – as he’d done with other musical heroes, Hank Williams and Jimi Hendrix.

His first band, Another Pretty Face, were heavily Clash influenced, and Scott has kept that punk attitude, standing up to record companies and management alike.

When The Whole Of The Moon first charted, he walked away from Top Of The Pops because he refused to mime. The story circulated that label bigwigs went to his hotel room to change his mind and found him jamming with Dylan.

“A glorious myth,” he says. “My sax player and I did play with Bob and Dave Stewart at Dave’s studio, but not that day.”

When their 1985 album This Is The Sea went silver, their label Ensign expected more of the same but got Fisherman’s Blues instead. “They couldn’t understand what we were doing. They wanted another This Is The Sea, but it was my finale to that kind of music.”

They also fell out over his appearance. “They wanted me to be edgy, moody, cold, I wanted them to use Jill Furmanovsky’s beautiful pictures that had real character.”

The war of attrition over style and direction led to Scott defecting to Geffen in the early 90s. He also turned down lucrative ad deals – including a £150,000 offer for his Glastonbury Song.

“It was a German advert for cheese featuring racing driver Michael Schumacher. I couldn’t countenance being forever associated with cheese.”

A complex man, Scott grew up in a house full of books. “I loved CS Lewis. The Narnia books had a different knowledge, a different understanding of what human beings are. They opened my eyes.”

He recalls finding the philosophy room in Foyles, on London’s Charing Cross Road, full of books about all the religions of the world, major and esoteric alike. “On my first visit I came out with about twelve books,” he beams.

His mother Anne taught English literature; his father Allan left when Mike was ten. Scott, who started learning guitar at 12, later began an English degree at Edinburgh; but says, “It was 1977, and I was only interested in one thing – punk rock.”

He has put Yeats’s poetry and Kenneth Grahame’s prose to music since, however.

Scott formed the Waterboys in 1983, taking the name from Lou Reed’s song The Kids. The band were lumped in with U2 and Simple Minds, but Mike came to see “big music” as a straitjacket. “I had to go where the music took me.”

He has always confounded expectations. In the mid-90s he discovered the spiritual community of Findhorn in Scotland, moving there permanently for eight years in 2002. Goodbye Geffen, hello God.

After releasing two solo albums, he revived the Waterboys’ name in 2000 and recorded Universal Hall, an album full of explicitly religious songs. 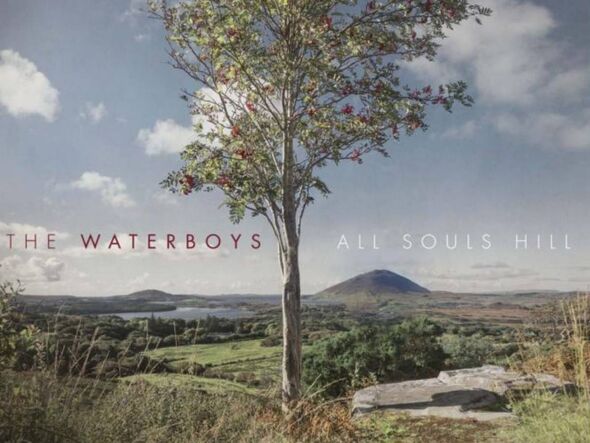 Mike has a 9-year-old daughter with singer Camille O’Sullivan – they never married – and a 5year-old son with his wife, Japanese artist Megumi Igarashi.

His thirst for new sounds and experimentation still rages. Mike used hip-hop drum loops and sampling on 2020’s Good Luck, Seeker, and says his daughter turned him on to Olivia Rodrigo.

The Waterboys have US dates in Autumn. “We did short tours in ’84 and ’85, and went back eight years later but we’d missed the boat. U2 seriously toured there. We were working too, but in other places. We still get good audiences.”

All Souls Hill was recorded in lockdown.

“I’ve got out the next record planned, but we’re coming out with records too fast. I could release a record every six months, but it’s not 1977, these days every two years is enough, otherwise people zone out.”