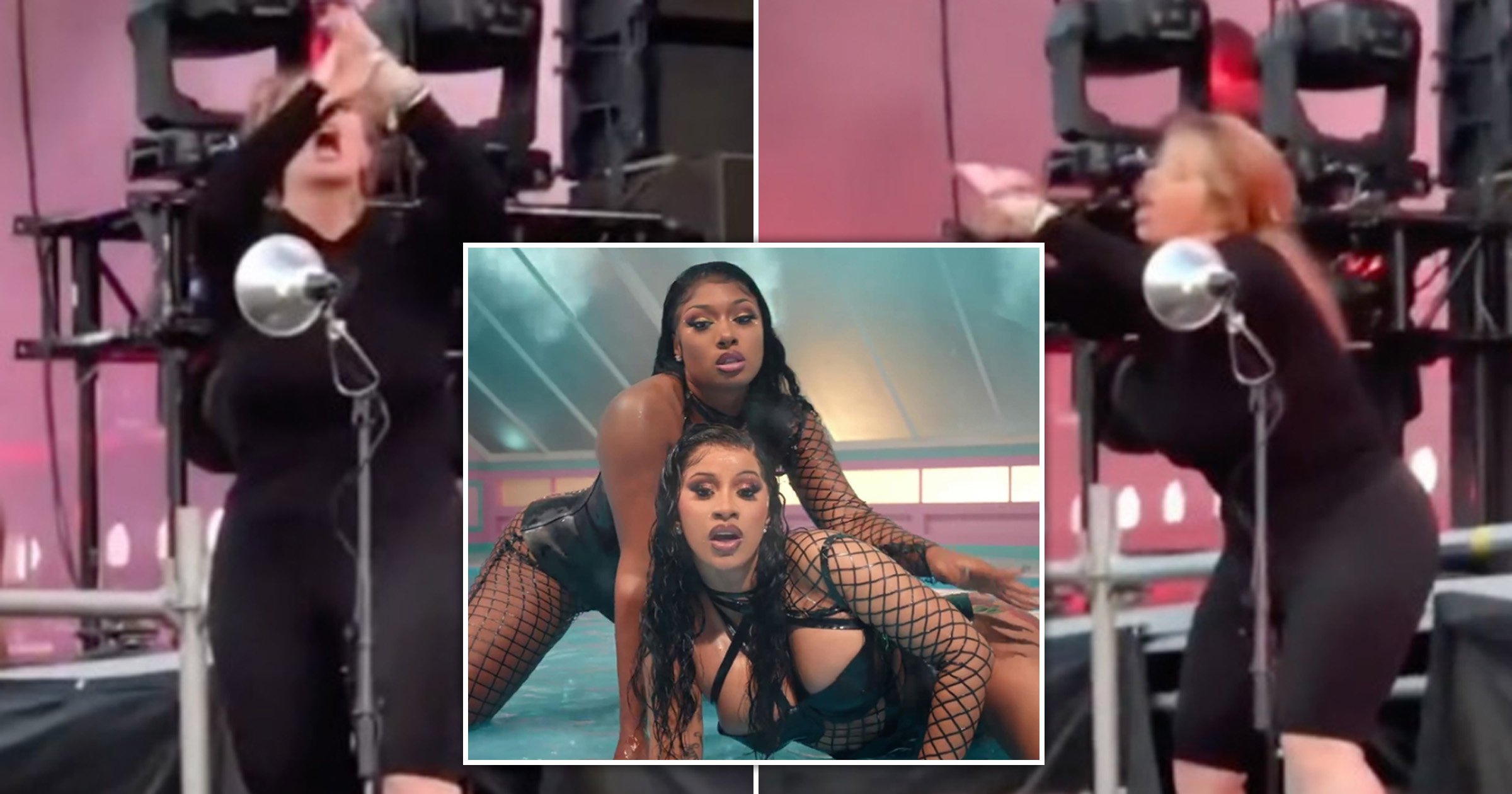 A sign language performance of Cardi B and Megan Thee Stallion’s hit single WAP (Wet A** P***y) at Lollapalooza Festival has gone viral for looking as graphic as the NSFW song.

Megan took to the stage in Chicago over the weekend to perform the smash single for her adoring crowd, but many were soon distracted by American Sign Language interpreter Kelly Kurdi’s movements.

The clip featured a part of Cardi B’s third verse with the lyrics: ‘I don’t wanna spit, I wanna gulp/I wanna gag, I wanna choke/I want you to touch that little dangly dang/That swang in the back of my throat’.

Kelly could be seen making doing hand and mouth gestures that made it look like she was performing a sex act to match the racy lyrics.

As the clip went viral, eyes soon turned to Kelly’s Instagram page and she used her newfound fame to highlight the work of a number of Deaf ASL teachers, influencers and content creators within the community.

The clip also featured a brief appearance from Megan Fox and Machine Gun Kelly, because why not?

In 2020, Libbey Ketterer racked up over a million views on her YouTube channel The Daily Sign for her version of the track using American Sign Language (ASL).

Fans have noted the part about 1m45s into the video where Libbey, who is not deaf but has been learning ASL since school, delivers the same lyric as featured in the clip of Kelly.

She was also praised for her fluidity and interpretation of the lyrics, but some were concerned she included a racial slur in her video.

Addressing the issue in a separate video, Libbey said that while ‘slurs do exist in sign language the same way they’re common in spoken languages’, she did not say it in her performance.

‘Am I going to show [the sign] to you? No. And the reason I’m not gonna show it you is the reason why I didn’t use it in my cover is that it’s still inappropriate for me to sign the word being a white woman’.

In August Cardi B herself gave her seal of approval to interpreter Raven Sutton’s video of herself dancing and signing along.