Miranda Lambert and her husband, Brendan McLoughlin, are putting their love on full display in Nashville!

It was a big night of celebrations for Lambert, who has now made history as the first female artist to open a bar on Nashville’s famous Broadway strip. “I am definitely proud to be the girl down there with my name on a honky-tonk sign,” Lambert told ET of the accomplishment. “That makes me very happy.”

Only ET got an exclusive sneak peek look inside Casa Rosa (see it all in the player at top!) before it officially opened for business on Thursday. The 17,000 square foot space has four floors of fun, and is described as “a little taste of Texas in Tennessee.”

“It’s a tequila bar and Tex-Mex and taco bar,” Lambert explained. “My favorite things are the pink tufted booths and the giant rhinestone saddle. You heard me right! It’s hanging. It’s a disco ball saddle and it’s humongous and it makes me just smile from ear to ear.” 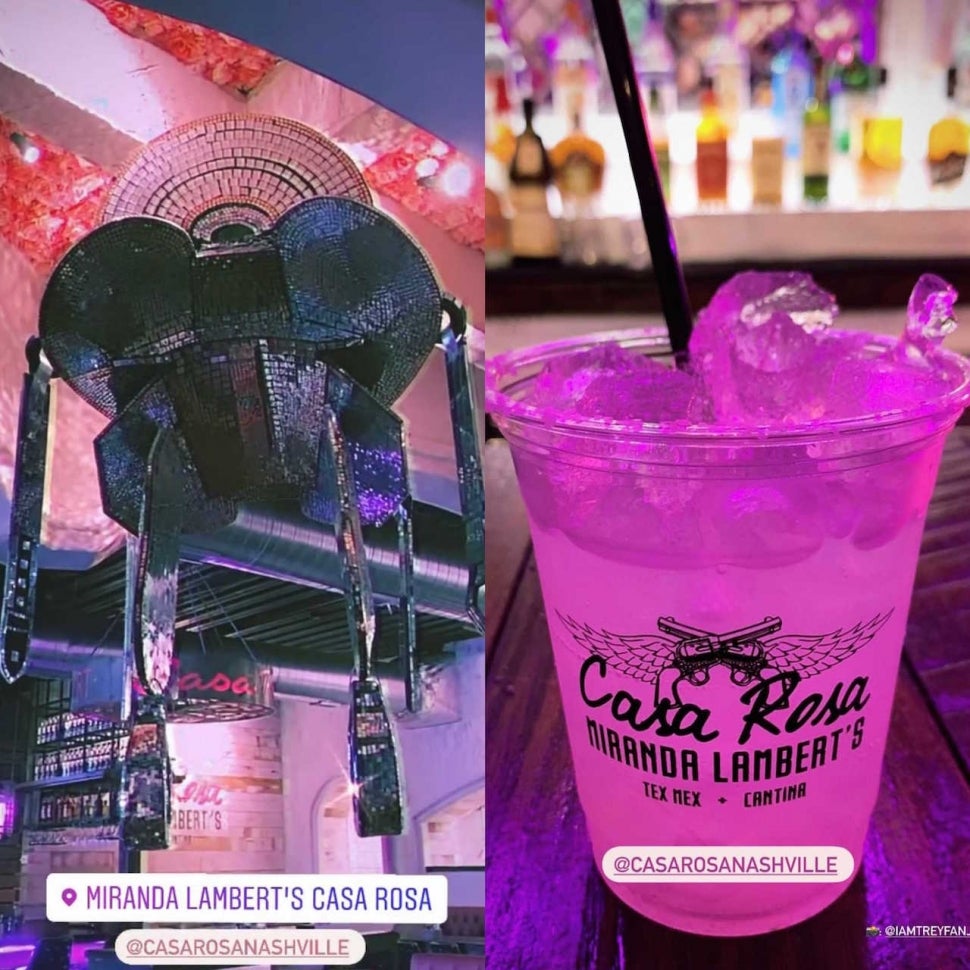 Lambert’s karaoke night with McLoughlin comes one month after she performed another epic duet, with Elle King. The powerhouse singers performed “I’m Drunk (And I Don’t Wanna Go Home)” at the 2021 ACM Awards.

Rocking matching leather jackets with colorful pink-and-teal fringe, Lambert and King completely owned the stage with their effortless confidence and rockstar energy. The former tourmates dropped the video for the fun single back in February, quickly making it an upbeat anthem for girls’ night outs to come.