Blake Shelton and Miranda Lambert had a tumultuous four-year marriage that rocked the world of country music. The two superstars divorced suddenly in 2015, leaving fans scratching their heads as to what exactly happened between the two singers (and who cheated, if anyone).

Now, Lambert has moved on, marrying former New York City police officer Brendan McLoughlin in February 2019. Meanwhile, Shelton has been in a romantic relationship with his fellow The Voice judge, Gwen Stefani, for several years.

But Lambert wasn’t Shelton’s first wife. He was first married in 2003 to his high school sweetheart from Oklahoma, Kaynette Gern. 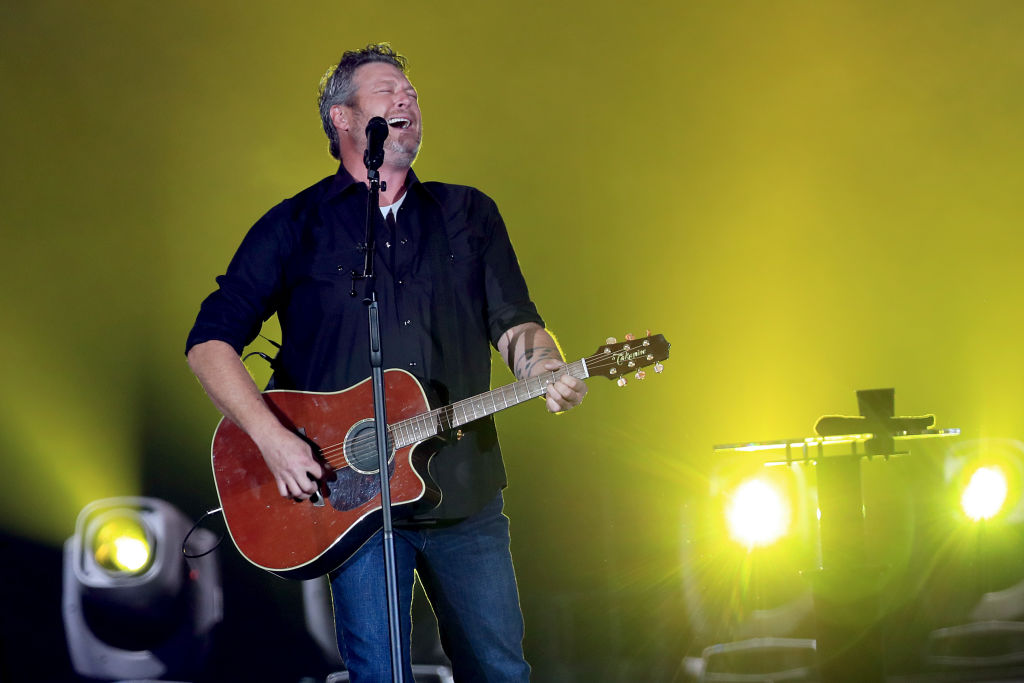 Shelton met his first wife before Miranda Lambert, Kaynette Gern (who has also gone by Kaynette Williams), when he was just 15 years old. Shelton and Gern were high school sweethearts in their hometown of Ada, Oklahoma.

Gern and Shelton married in a small ceremony in Gatlinburg, Tennessee, on Nov. 17, 2003, when Shelton was on a break from touring with Toby Keith. He reportedly sang Conway Twitty’s “Julia” to his bride during the ceremony, according to Country Fancast.

At the time, The Voice coach told Country Weekly that he “knew” Gern was “the one.”

Gern moved to Nashville with Shelton to support his burgeoning music career. She was his main champion in the early years of Shelton’s involvement in the music industry.

Shelton’s first wife even served as his road manager when he was on tour during their three-year marriage.

Lambert and Shelton met before his divorce from Gern

Lambert and Shelton famously sang “You’re the Reason God Make Oklahoma” together at a 2005 concert. The couple’s chemistry was off the charts during the duet. Shelton spoke about the moment he first felt a spark with Lambert in a VH1 interview.

“I was a married guy, you know, standing up there going, ‘Man, this shouldn’t be happening,’” he said, according to Country Rebel. “Looking back on that, I was falling in love with her right there onstage.”

Lambert, too, admitted to knowing that what they were doing was not exactly right. As reported by E! News, she admitted on Dateline in 2011, “I knew he was married. I had seen their wedding pictures in Country Weekly. I knew better, like, ‘this is off-limits.’ My parents are private investigators, for God’s sake. I’ve seen this my whole life — affairs, and of all people to know better, I know better than this.”

In her 2006 divorce proceedings, Gern accused her husband of being “guilty of inappropriate marital conduct.” This accusation was likely due to his alleged infidelity with Lambert, who began openly dating Shelton immediately after his separation from his first wife.

Shelton spoke about his guilt over his feelings for Lambert in an interview with 60 Minutes, sharing that his divorce from Gern was almost as difficult as dealing with the aftermath of his brother’s tragic death. He called the divorce “a tough, tough call to make.”

Shelton’s first wife moved out of Oklahoma because of Lambert

After Gern left Nashville and moved back to her home state of Oklahoma, Shelton and Lambert moved to a new home in the state as well. Gern was open about her difficulties in moving on from her first marriage.

“It just felt like Oklahoma wasn’t big enough for all of us,” she told The Enquirer at the time, as reported by Pens and Patron. Gern sold many of her belongings and moved to Kansas to start fresh.

In Great Bend, Kansas, Gern returned to a “normal” life, taking a job as a math teacher.

She has since remarried and moved on

Since her divorce from Shelton, Gern has remarried. She is with Cody Joe Scheck, a rodeo champion who beat the world record for steer roping. Her life seems much quieter than it might have been with her first husband. According to Facebook, Gern now goes by Kaynette Scheck and continues to work as a math teacher at an elementary school in Kansas.