Music superstar The Weeknd graced the cover of GQ magazine’s latest issue, and he has a lot to say within the publication’s interview. The “Can’t Feel My Face” hitmaker is undoubtedly one of entertainment’s most prolific acts who goes by a mononymous name. Born Abel Makkonen Tesfaye, the singer explained how he came about choosing his stage name. “That’s what the album ‘House of Balloons’ used to be called: ‘The Weekend.’ I was still Abel,” he said, adding, “I didn’t love my name. So I called myself The Weeknd.”

It’s no secret that The Weeknd has tried to remain as private as possible over the years and doesn’t do too many interviews. When first entering the music scene, he tried to be fairly anonymous when it came to his image. “I feel like with me it’s never been about the artist and the image of the artist,” the Grammy Award winner stated. “With ‘House of Balloons,’ nobody knew what I looked like. And I felt like it was the most unbiased reaction you can get to the music, because you couldn’t put a face to it. Especially R&B, which is a genre that is heavily influenced by how the artist looks.”

Despite his attempt to keep his personal life low-key, The Weeknd has been in a couple of high-profile relationships with other household names. Keep reading to find out why he now tries to avoid dating women who aren’t famous. 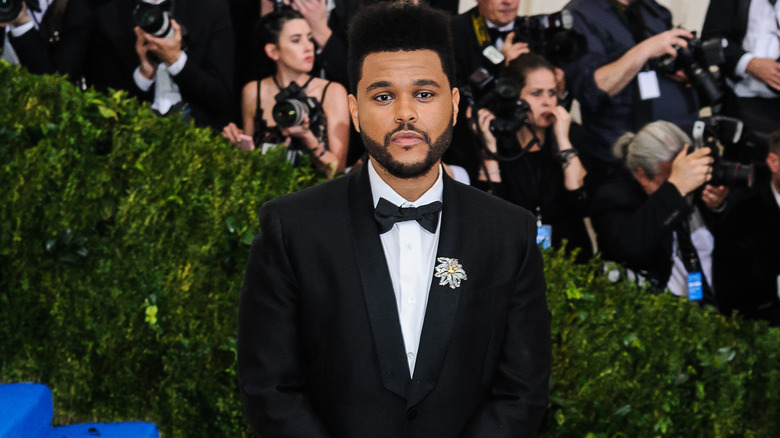 When asked whether he feels any guilt for bringing “so much attention” and “celebritydom” into the lives of women he has dated who aren’t famous, The Weeknd told GQ he does. “I do feel guilty. For sure,” the “Save Your Tears” chart-topper stated, adding, “That’s why I don’t … I try not to do too much. I just try not to bring attention to myself. And I just love being in normal situations, man. It’s such a great feeling. To be able to just like go on a walk and not being in a f**king SUV.”

As noted by Capital Xtra, The Weeknd has formed relationships and love affairs with several A-listers. As most will already know, he previously dated model Bella Hadid and singer Selena Gomez. Other people he has been romantically linked to include Spanish star Rosalía, who featured on the remix of his song “Blinding Lights” in 2020; actor Angelina Jolie; and models Chantel Jeffries and Yovanna Ventura.