A Place in the Sun: Jonnie questions couple on their sofa

Rachel and Miguel accompanied Jonnie to the sun-soaked location of Orihuela Costa, Spain, in the hopes of bagging their dream home. Keen to move permanently after selling their UK home and potentially use any property as a B&B, the Channel 4 guests were on the hunt for a three-bed, two-bath house with plenty of room for their dogs all within their budget of £170,000. However, just moments after stepping foot into property number one, Jonnie failed to mask his frustrations at the pair’s demands.

“It’s sweet,” Rachel commented outside the villa Jonnie had to offer first up.

But as soon as she and Miguel entered the property, the reception took a lukewarm turn.

The pair told A Place in the Sun’s Jonnie that the living room was nowhere near big enough for them to move in their furniture from the UK. 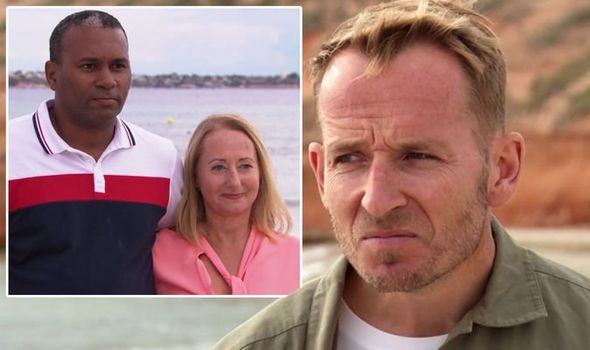 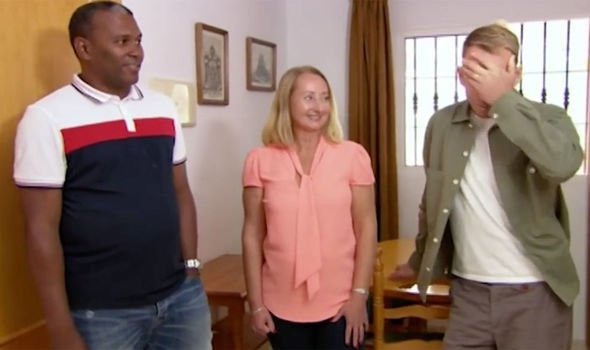 “And quite a large dining room table,” Rachel continued, prompting Jonnie to suggest: “You could save yourselves a lot of money by not bringing them sofas and buying them out here?”

“How attached are you to these sofas?” Jonnie asked, clearly unprepared for Rachel and Miguel’s answer.

The pair told him they were new purchases, which left Jonnie with his head in his hands. 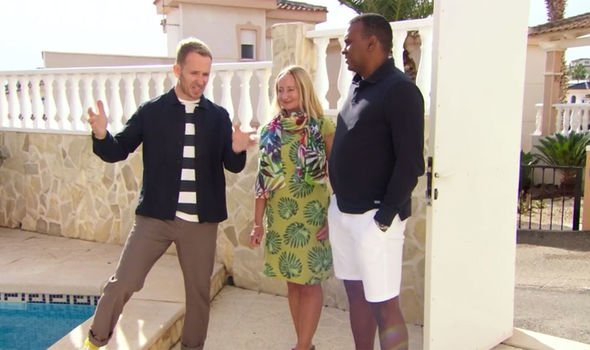 A Place in the Sun: Couple say they will be 'homeless' soon

He sharply snapped at the pair: “Why did you buy new sofas when you knew you were going to emigrate?

“What were you thinking?” he shouted as Rachel and Miguel nervously laughed off the outburst.

And space became a dealbreaker for the house hunters as they ruled out property number one soon after.

The second property, a villa with a pool, faired no better, with Rachel citing the “configuration and size” downstairs as the main problem.

“This is proving trickier than I initially thought,” Jonnie admitted to Channel 4 viewers. “I’ve had easier house hunts.”

However, Jonnie’s fortunes looked to turn by the time he showed Rachel and Miguel property number three.

After taking on-board all of the pair’s critique, Jonnie took the two further inland to get more for their budget with a four-bed villa with pool for £155,000.

“We can actually fit our furniture in here,” Rachel remarked, with Jonnie seemingly ticking all their boxes.

However, the house hunters still had reservations as they didn’t know the area too well after Jonnie had moved them away from the coast.

They still branded it a contender and even though Jonnie was “relieved” by the feedback, he took a moment to reflect on what he can do to improve.

And Jonnie had done even better fourth time around with Miguel and Rachel saying it had become the only contender.

A Place in the Sun continues weekdays at 4pm on Channel 4.