A Place in the Sun: Jean tells couple to ’start whittling these down’

Jean Johansson was tasked with finding couple Rebecca and Carl their dream holiday home in Gandia, Valencia. The pair disclosed that being eco-friendly and having a vegetable patch was of primary importance but Carl made it clear that he didn’t want a fixer-upper. However, every property Rebecca loved needed a lot of work. Their indecisiveness left host Jean begging for them to choose quickly.

Couple Rebecca and Carl have dreamed of moving to Valencia from Wales for years and felt the time was finally right after their children had flown the nest.

Their primary goal of moving to Spain was to be as eco-friendly as possible, with Rebecca determined to have a large vegetable patch.

The two stated numerous times that they were flexible regarding the size of the properties, as the garden was the most important area for them both.

However, Carl would also be moving his woodworking business to the new property so they didn’t want anything too small either. 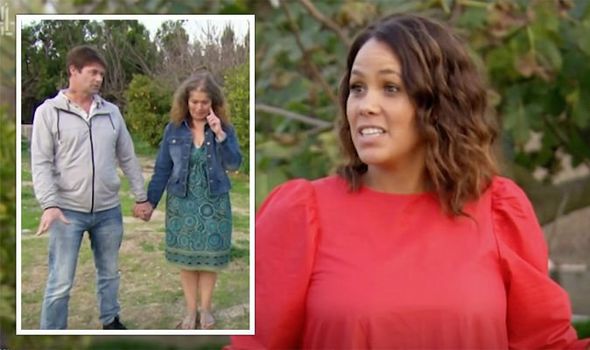 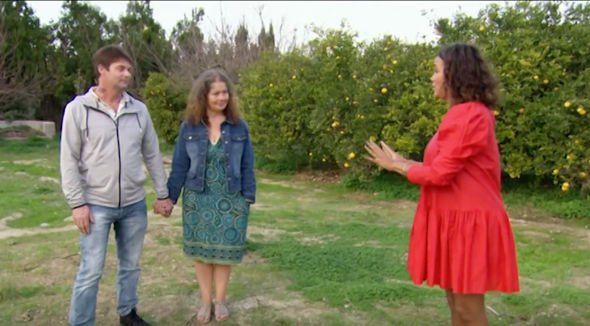 As the two viewed property after property, Jean was concerned that the couple had two different ideas over what they wanted.

Appearing frustrated at Rebecca and Carl’s indecisiveness, Jean ordered the pair: “I need you to start whittling these down at this point”.

The couple were unsure of whether or not they wanted to do a full renovation on the house, with Carl saying: “I would not want to do all that work.”

As Carl joked to his wife “we never agree,” Jean looked worried that they would never find the home of their dreams.

Jean said she was determined to “find a contender” for the pair, despite a “desperate need of some clarity and decision making”. 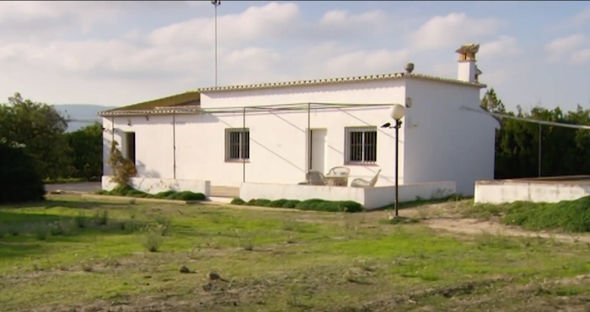 The first option that host Jean Johansson presented the two was a three-bed townhouse in Palma de Gandia.

Though, as they looked around, Jean warned that they must: “Keep this word in mind – fixer-upper.”

However, Carl had reservations upon seeing the amount of work that would need to be done to the property.

Carl did like the space but made it clear that he wasn’t a fan of buying a ‘fixer-upper’ but the two kept the place in mind as they moved on to the second house.

Located in a rural area, Rebecca and Carl were instantly impressed with the size of the garden as Jean realised that the vegetable patch was an incredibly important aspect of the house hunt.

The house is made entirely of wood, and the front porch and wraparound veranda made it partially appealing.

However, both Rebecca and Carl were concerned over the size of the house itself, with Carl claiming the distance between the small bedrooms was “a concern”, and that the all-wood interior was “too much” and far “too woody”.

While Rebecca loved the garden of property two, they both quickly agreed that it wasn’t the one for them, and Rebecca stated that the first property was still in the back of her mind.

Carl dismissed the idea of property two as he had completely gone off the idea of doing renovations at all, stating he just wanted to buy a house and “move the business in straight away”.

Their third option was a three-bed house in La Reprimala, which was valued at £86,607 with the possibility of negotiations.

Once again, the couple liked the property but were concerned that the house was too close to the neighbours, but there were two other properties still to see.

However, as the host became increasingly worried that she would never find them a suitable house, Rebecca and Carl eventually decided to not put an offer on the one-bed villa in Oliva that they loved.

They both agreed that the property “ticked all the boxes” and they asked Jean to “make a note of their interest” as they would be returning for a second viewing in a couple of weeks.

A Place in the Sun continues weekdays at 4pm on Channel 4.