Chris and Kay were looking for a retirement home either in Cardigan Bay, Wales or Mar Menor, Spain. Jasmine Harman managed to find two potential retirement properties for the couple in Wales and it seemed Kay might be able to convince her husband not to move abroad. However, the final property in Spain presented by Jonnie certainly tempted Kay.

Starting the property in Wales, the first property was priced at £145,000 and the couple were already happy with its location before they looked inside.

“I can’t get over it. I love it, let’s just cancel Spain,” Kay told Jasmine.

But Chris argued: “Oh no,” saying he was worried about the upkeep of the garden and the house.

While the second property at £149,950 was under budget, it didn’t impress the couple enough and they quickly moved on. 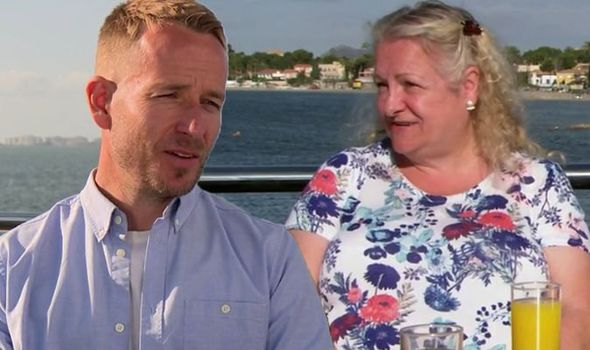 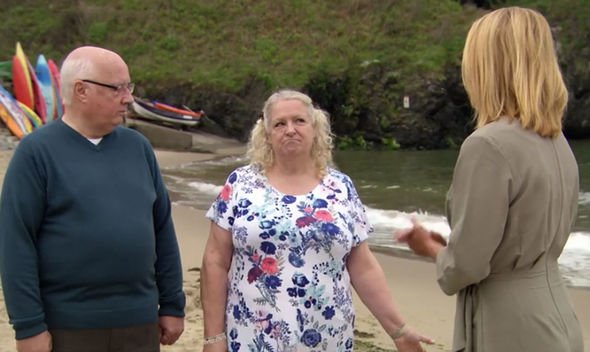 The third property however, left Kay in tears as she was overcome with emotion.

Priced at £150,000, the pair were stunned by the idyllic location stating it was “immaculate”.

Chris added the house “had its charm” and could be convinced to stay in Wales.

But when it came to Spain, it looked like Kay could be about to change her mind about Wales. 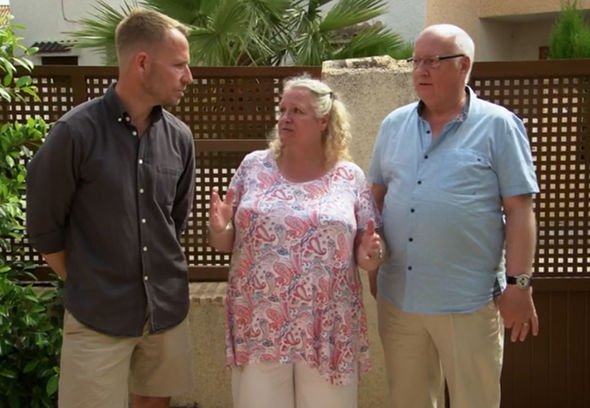 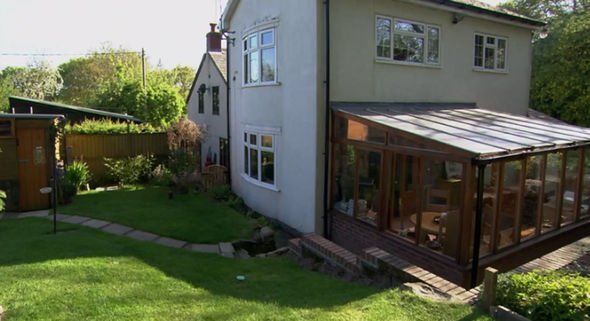 While they weren’t keen on the fourth or fifth property, the final house really seemed to impressed.

Before looking inside, Kay remarked: “I hope it’s not as nice inside as it is outside.”

The property was just 100m away from the beach and had a private garden at the front.

Jonnie probed Kay about how she felt from the first impressions but was taken aback by her response.

“I hate you,” she simply stated leaving Jonnie stunned.

Kay reluctantly added it had given her something to think about and agreed to take some time to mull over their options.

Meeting with Jonnie the next day, Chris and Kay both agreed the final beach house was the favourite property.

But despite this, the couple chose to stay at home in Wales as they wanted to be close to their family.

“The answer is to find somewhere that will sort us out initially in the UK and then moving here later on,” Chris said.

Kay added: “It’s really helped us understand what we want to do and why.”

Jonnie wished the pair the best of luck as they continue with their property search.

A Place in the Sun airs weekdays on Channel 4 at 3pm.