“She has told herself a bunch of lies in order to make it OK for herself to be in this relationship,” FX on Hulu star tells TheWrap 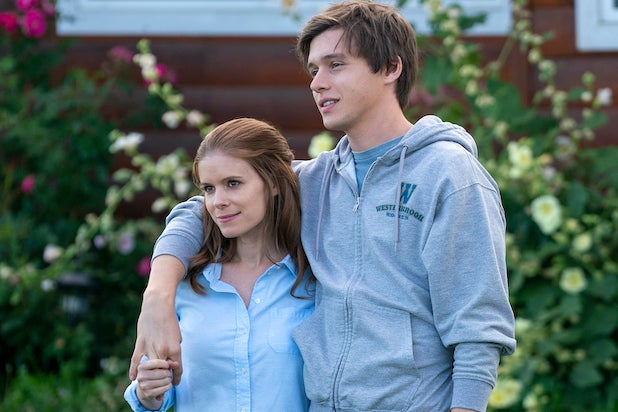 (Warning: This post contains spoilers for Episode 5 of FX on Hulu’s “A Teacher.”)

A new episode of FX on Hulu limited series “A Teacher” drops Tuesday and if you were wondering where things are headed after high-school teacher Claire (Kate Mara) made the choice to tell her coworker about her sexual relationship with her student, Eric (Nick Robinson), we can tell you — without giving anything away — it’s not going to be pretty.

So why did Claire reveal her big secret to Kathryn (Marielle Scott) on last week’s episode, a move that leads Kathryn to say she must report Claire for the abuse of power? Mara tells TheWrap it’s because Claire was “high” on the fairy tale she had made up about her and Eric.

“I think what [‘A Teacher’ creator Hannah Fidell] and I were going for there was, yes, she has built up this story in her head. She has told herself a bunch of lies in order to make it OK for herself to be in this relationship,” Mara said. “And that’s one of the things that we were exploring here was the lies that people tell themselves to rationalize these terrible choices. And I think at that point, she is sort of high on this secret.”

Up until the end of Episode 5, Mara says Claire and Kathryn’s relationship has “only been them doing things and talking about things that make her feel comfortable,” which is what Claire sees this reveal as even her feelings about how Kathryn will react are “totally misplaced” and the information “is very quickly shut down” by Claire’s co-worker.

“But it’s sort of this high on life and this fairy tale that she’s made up in her mind about what’s going on as opposed to what’s really going on.”

New episodes of “A Teacher” drop Tuesdays on FX on Hulu.