The singer showed off bleached blond braids as he played music for his fans and kissed his on-again fiancée Melanie Martin. 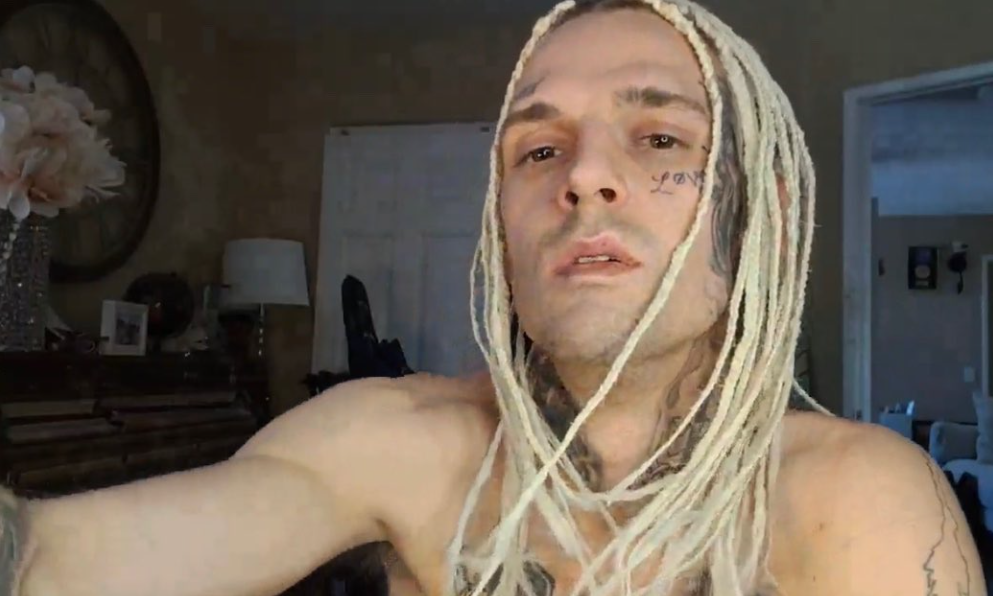 Aaron, 32, filmed stylist Jordan Alexander twisting his hair into braids while he smoked a cigarette and played songs from his DJ decks.

The rapper – whose older brother Nick was in the Backstreet Boys – later styled his hair into a bun.

He appeared to be back on with Melanie, who he kissed and cuddled at one point.

The model was also seen in the background and running errands. 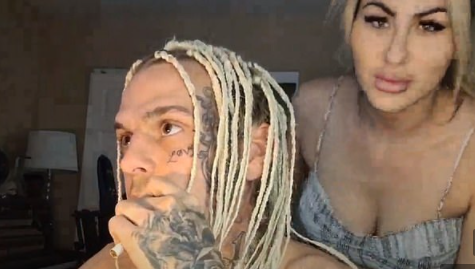 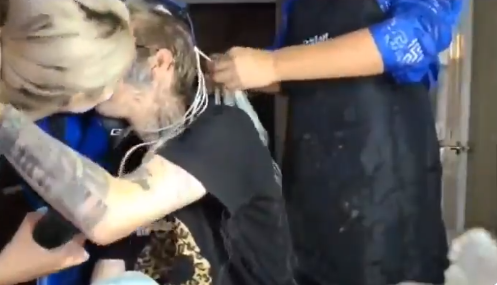 It comes after Aaron broke records on adult entertainment platform CamSoda last month, when he played guitar naked among other activities.

His X-rated performance quickly became the most-viewed video on the site.

Ahead of this show, a rep for the adult website told Page Six that Aaron will “eat bananas teasingly and peel some with his feet". 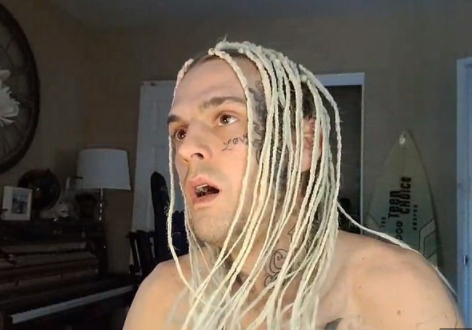 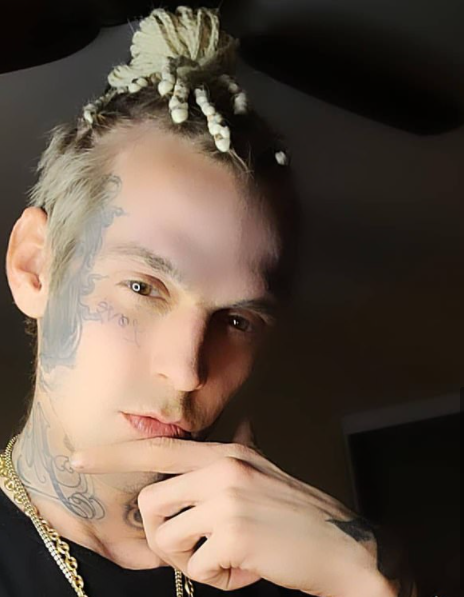 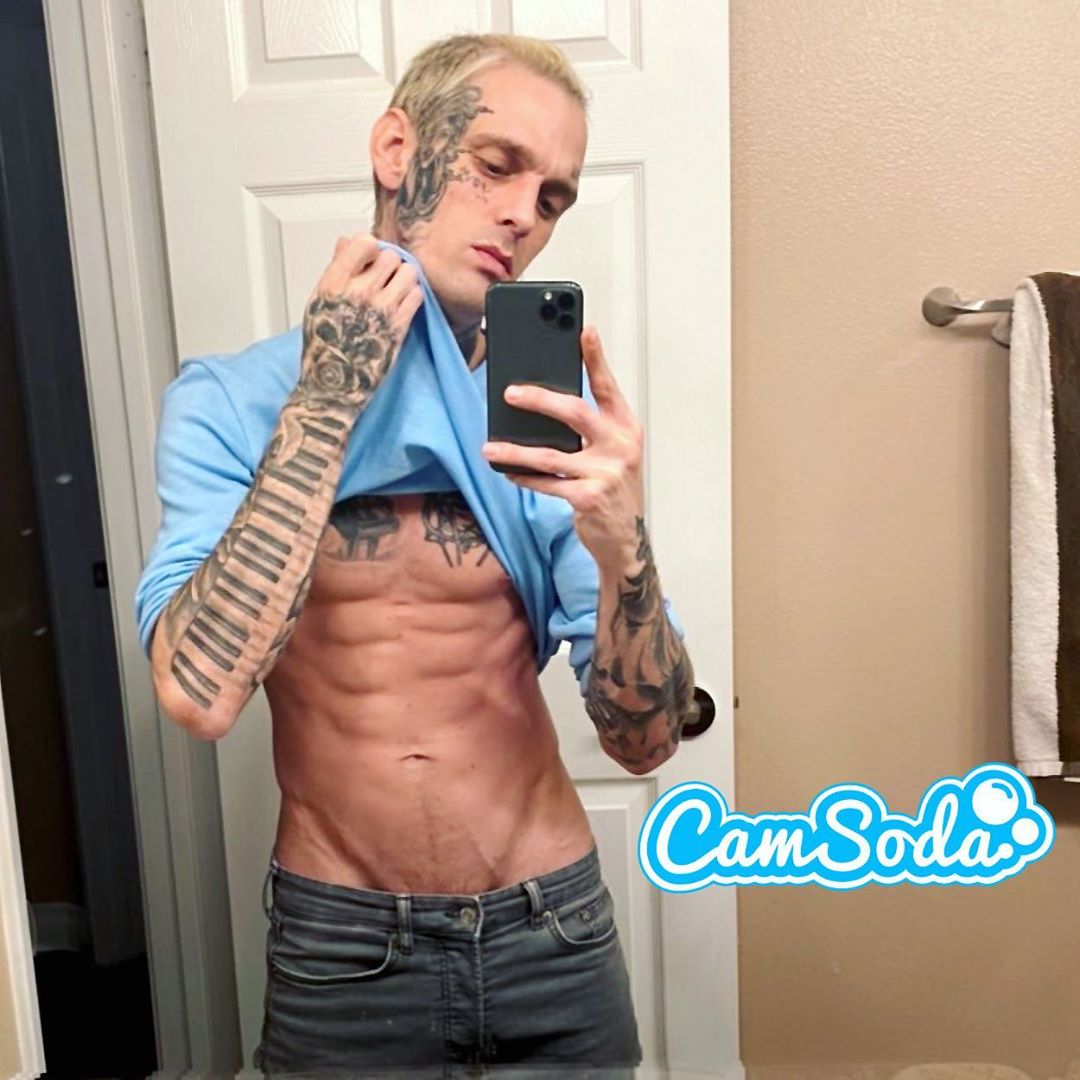 Back in May, the I Want Candy singer's fiancée made her debut on the same website.

A source previously told Page Six: “He originally wouldn’t allow her to have her computer."

Aaron and Melanie announced that they were engaged in June. 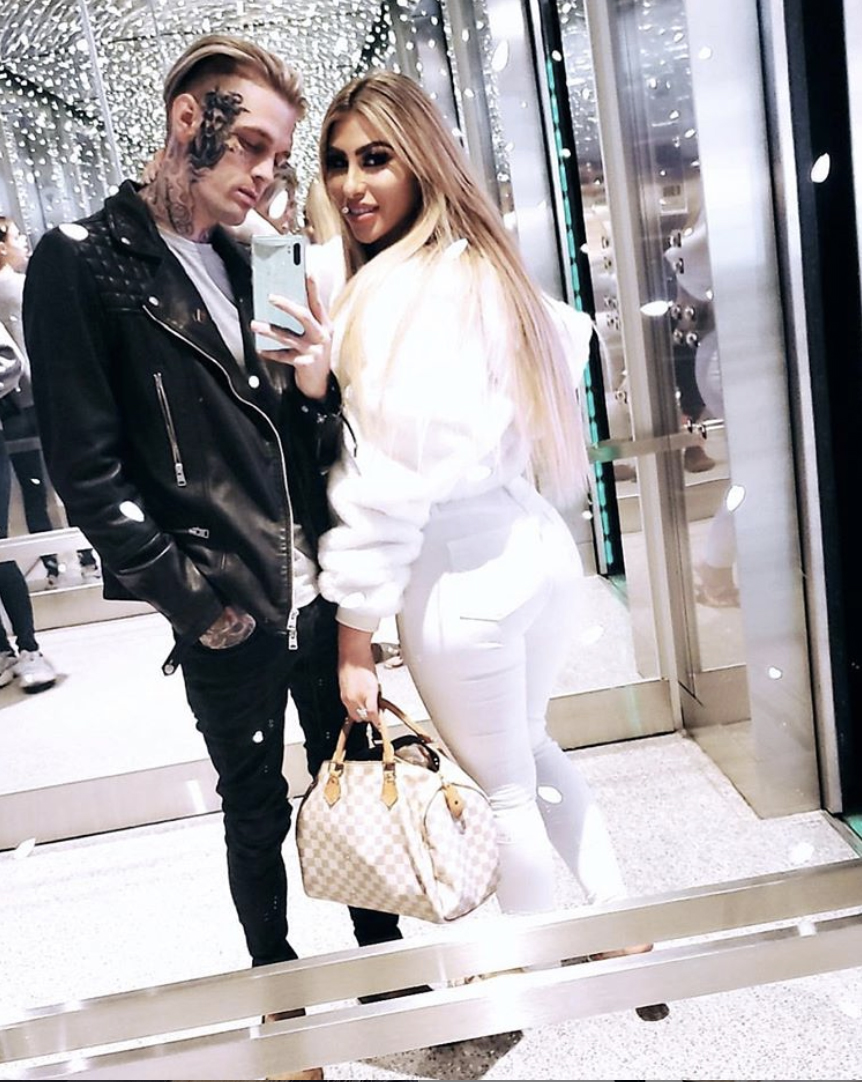 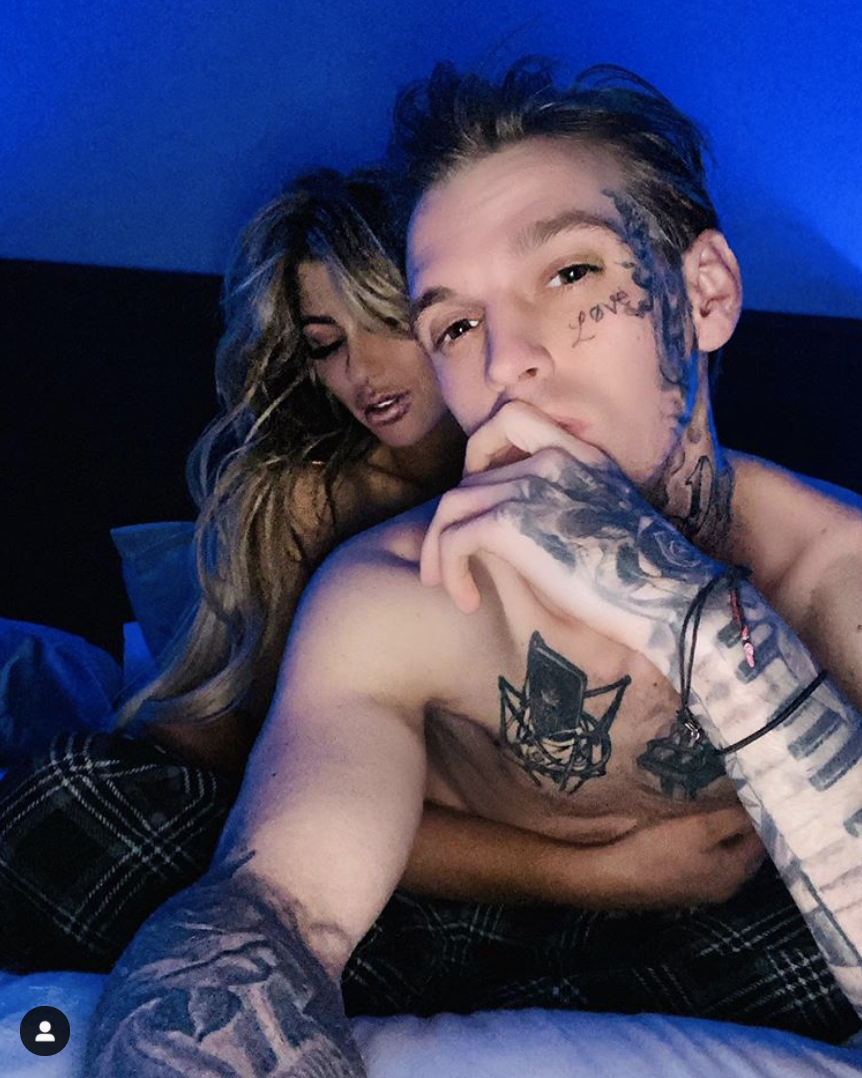 He later shared a video on his Instagram story of the pair holding hands, which gave a glimpse of his partner's new sparkler.

The couple's happy news came after it was revealed that Melanie suffered a miscarriage following their pregnancy announcement in April.

Aaron explained on his YouTube channel: "She suffered a miscarriage due to stress conditions. We're going to give it time, let her heal and then we're going to try again. We both want that. I want to take care of her."

Despite currently being happy, the pair had a rocky past.

The Sun confirmed that Melanie was arrested for felony domestic violence in March. 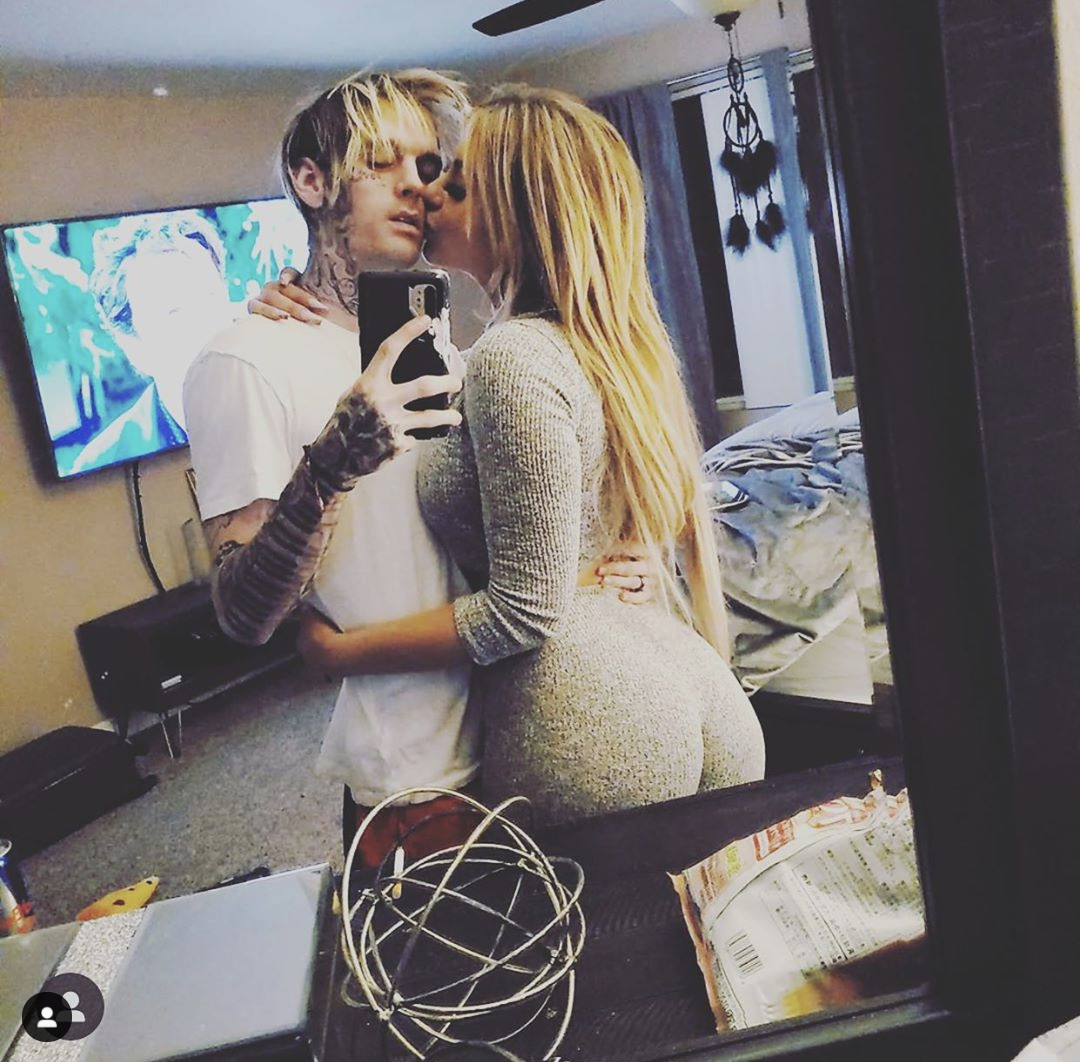 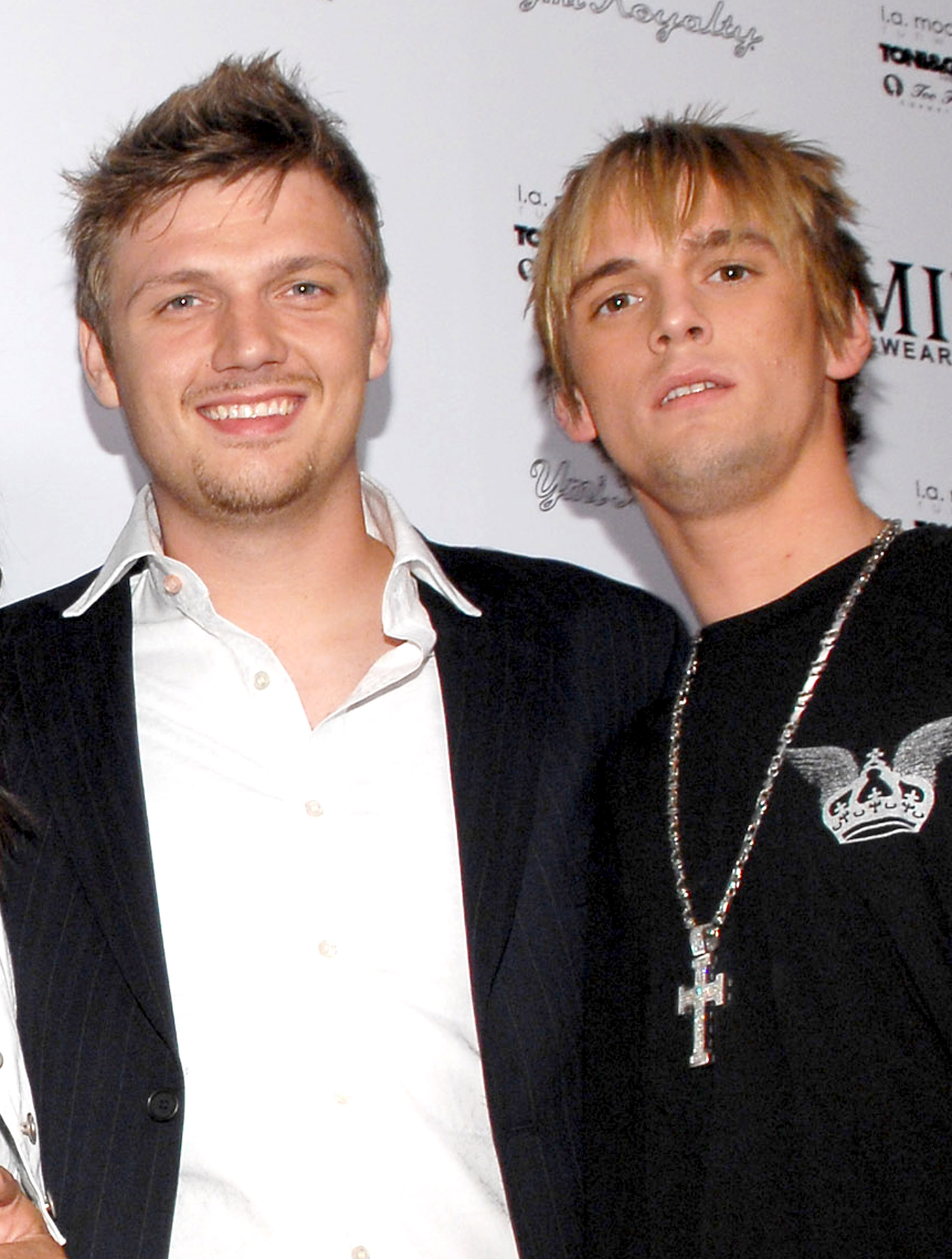 She was released the following day after posting $50,000 bail.

According to TMZ, police arrested Melanie after they were called to the singer’s California home to investigate an alleged fight between the couple.

Cops told the outlet they decided to arrest Melanie after discovering visible marks on Aaron's body upon arrival at his home.

Just one day after the arrest, Aaron claimed he was "single" and posted a nude bathroom selfie on Instagram.