ABBEY Clancy looked sensational as she posed in a thigh high split dress before her glam photoshoot was interrupted by her four kids.

The model, 34, showed off her incredible figure wearing a black long sleeved dress with a deep thigh high split. 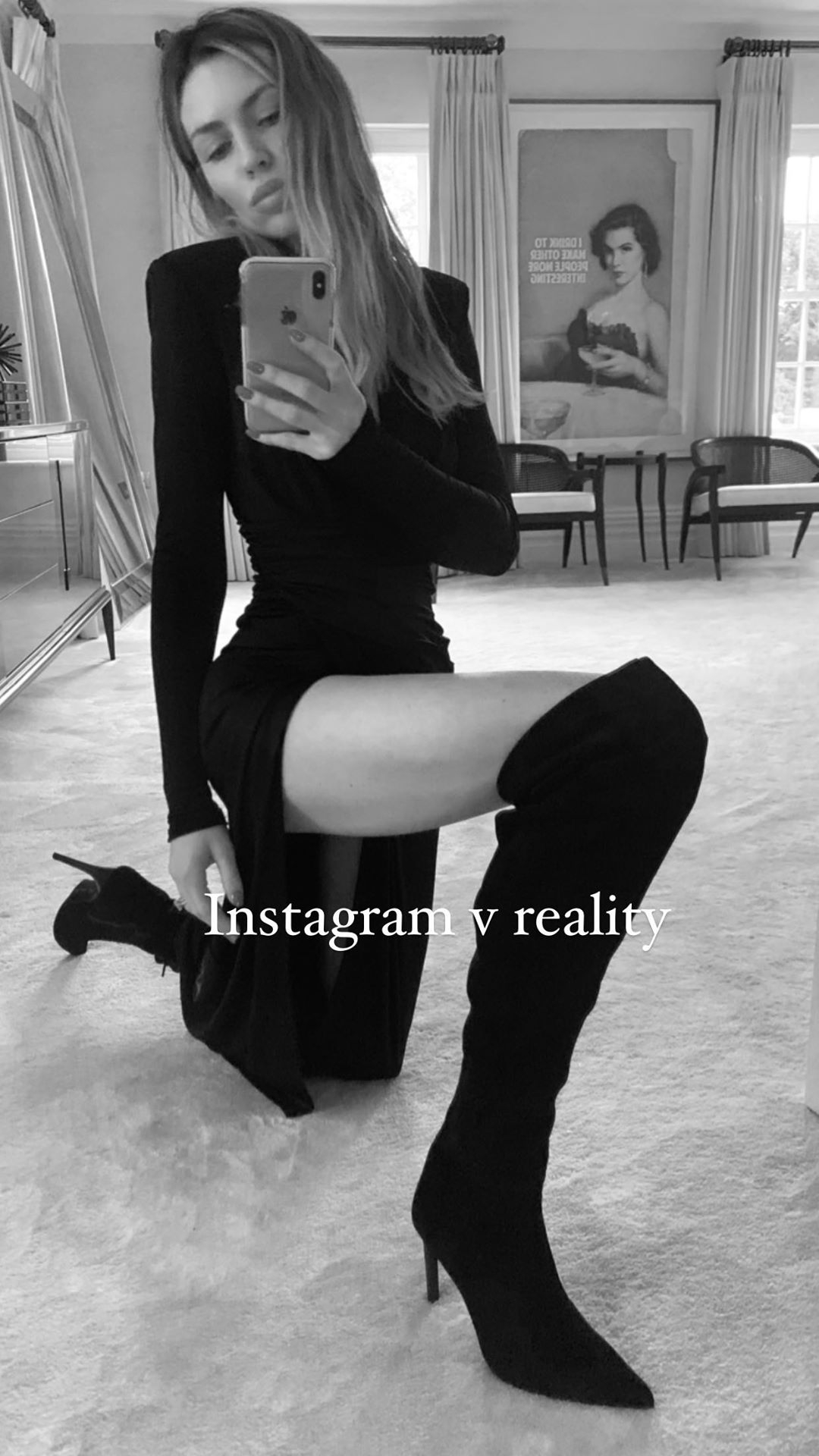 The working mum teamed her stylish ensemble with a pair of knee high black boots as she kneeled on one leg for the sultry snap.

However, the busy mum gave fans a glimpse of her the life in the Clancy and Crouch household by posting two candid Instagram shots on Tuesday.

The blonde beauty shared an an Instagram vs Reality post on her Stories, with the first snap featuring the model wearing the sexy black dress.

The second photo showed Abbey standing up to take a photo while her shoot was crashed by her four children. 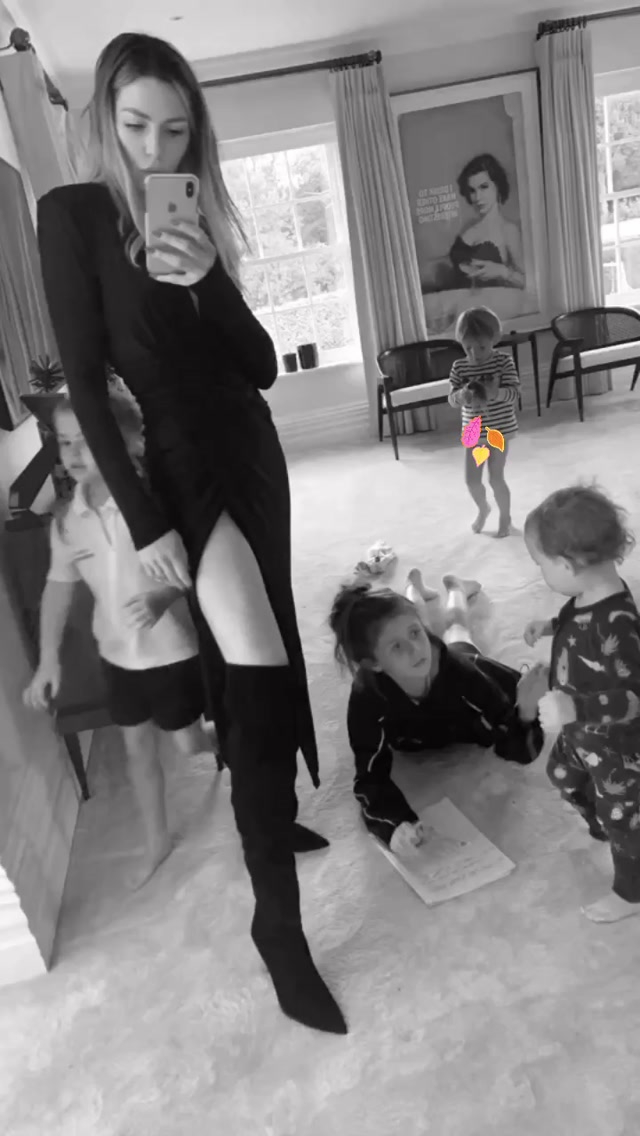 Abbey works as a designer but also turned her hand to TV presenting.

She filmed a pilot show about travelling with Peter for the BBC in March this year with hopes to make a proper series in 2021.

Earlier this summer, Abbey joked that she has drunk so much booze during lockdown it has aged her by ten years. 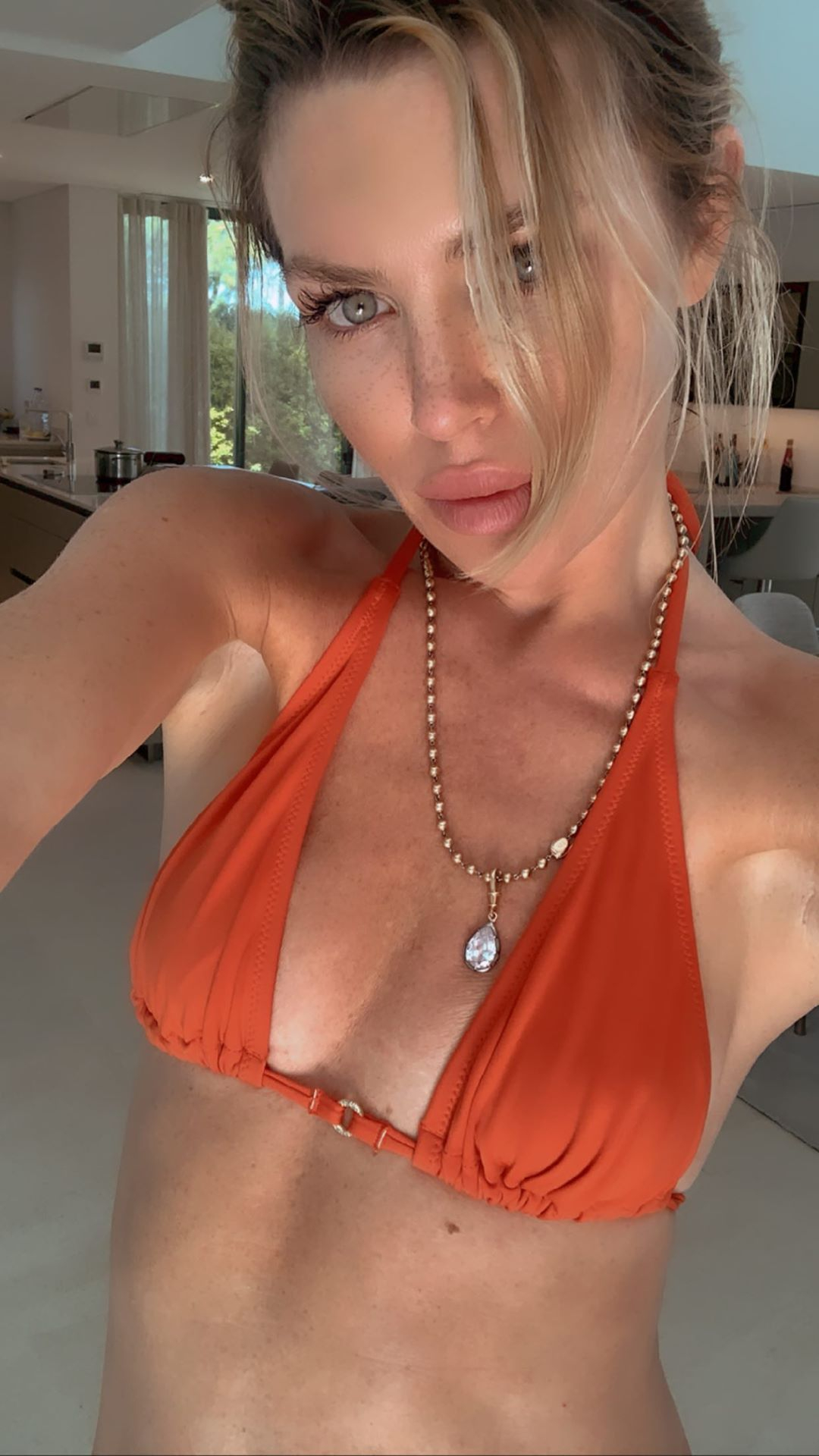 The model and her ex-footballer husband had been hitting the bottle hard in the evenings while stuck at home.

Honest Abbey said: "There’s been far too much alcohol consumed so I feel like I’ve aged about ten years in this lockdown."